Audi has just launched the Q2 in India, the German carmaker’s sixth launch in the BS6-era. The crossover, which is also Audi’s most compact offering in India, starts at a price of ₹34.99 lakh, ex-showroom. Weirdly, while the facelifted model of the Q2 has been revealed in other markets recently, Audi, for some reason, has decided to launch the pre-facelifted version in India.

The Q2 holds a 2.0-litre TFSI under the bonnet churning out 190PS of power and 320Nm of torque, mated to a 7-speed DSG with all-wheel drive. The fully imported-CBU does a claimed 0-100km/h acceleration in 6.5 seconds and tops out at 228kmph.

The Q2 is available in five different variants in India. kicking off the range is the Q2 Standard which gets 17-inch wheels, LED tail-lights with dynamic turn signals, rear parking sensors, and heated and powered door mirrors. The interior includes a multi-function steering wheel, auto-dimming interior rear-view mirror, and a 4-speaker MMI infotainment system, while the sunroof is an optional extra.

Sitting right above the Standard is the Premium variant costing ₹ 40.89 lakh which includes some upgrades in the interior including a sunroof, a digital instrument cluster, a ‘Parking aid plus’ system, a touchpad operated MMI system with SatNav, Apple CarPlay and Android Auto, and eight speakers in place of the entry-spec Q2’s four.

Next up, the Premium Plus 1 variant costs ₹44.64 lakh and adds drive select modes, cruise control, keyless entry and go, auto-dimming exterior mirrors, leather seats, a 10 speaker audio system to play your bangers on and an ‘Audi phone box’ that wirelessly connects phones to the car’s antenna and features Qi inductive wireless charging.

The Premium Plus 2  will set you back ₹45.14 lakh gets sportier S-Line exterior with new wheels and an extended black styling package with blacked-out exterior elements on the C-pillar and front grille. Exterior upgrades are not the only thing you get, there are upgrades on the interior as well such as multi-function flat-bottomed steering wheel, aluminium trim, ambient lighting, and interior elements in leatherette. The Premium Plus 2 does, however, miss out on the upgraded features found on the Premium Plus 1 trim. 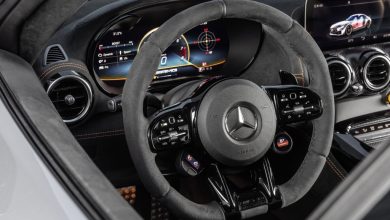