Mercedes-Benz has launched the all-new GLC globally, and with it is continuing the legacy of one of its most popular models. The SUV is one of Mercedes’ bestselling models as well, with over two million units sold and hence there’s no doubt as to why the GLC has been given a new lease of life come 2023.

Developed in tandem with the C-Class, the 2023 GLC is larger and more powerful than the outgoing model. The key here is power- as though there are new engines on offer, they are all hybrids. Included with the 4-cylinder petrol and diesel combustion engines, Mercedes is giving the customers a choice between a 48V mild-hybrid system, and also a dedicated PHEV variant which has an approximate range of about 100KM and torque of 440NM!

Electric power is available till 140km/h, from where the combustion kicks in. A 60kW charger is available which will fully recharge the car within 30 minutes as well. All this is paired to a 9-speed gearbox, and 4MATIC also comes bundled as standard in the car, and 0-100 takes a mere 6.2 seconds. The car isn’t afraid to go offroad either- the new four-link front suspension and multi-link rear suspension which can be adapted o the surroundings and can increase ground clearance by upto 20mm with the push of a button. The GLC can also tow trailers, and the optional Trailer Manoeuvering Assist keeps the trailer under control, regulating its speed by up to 5 km/h. 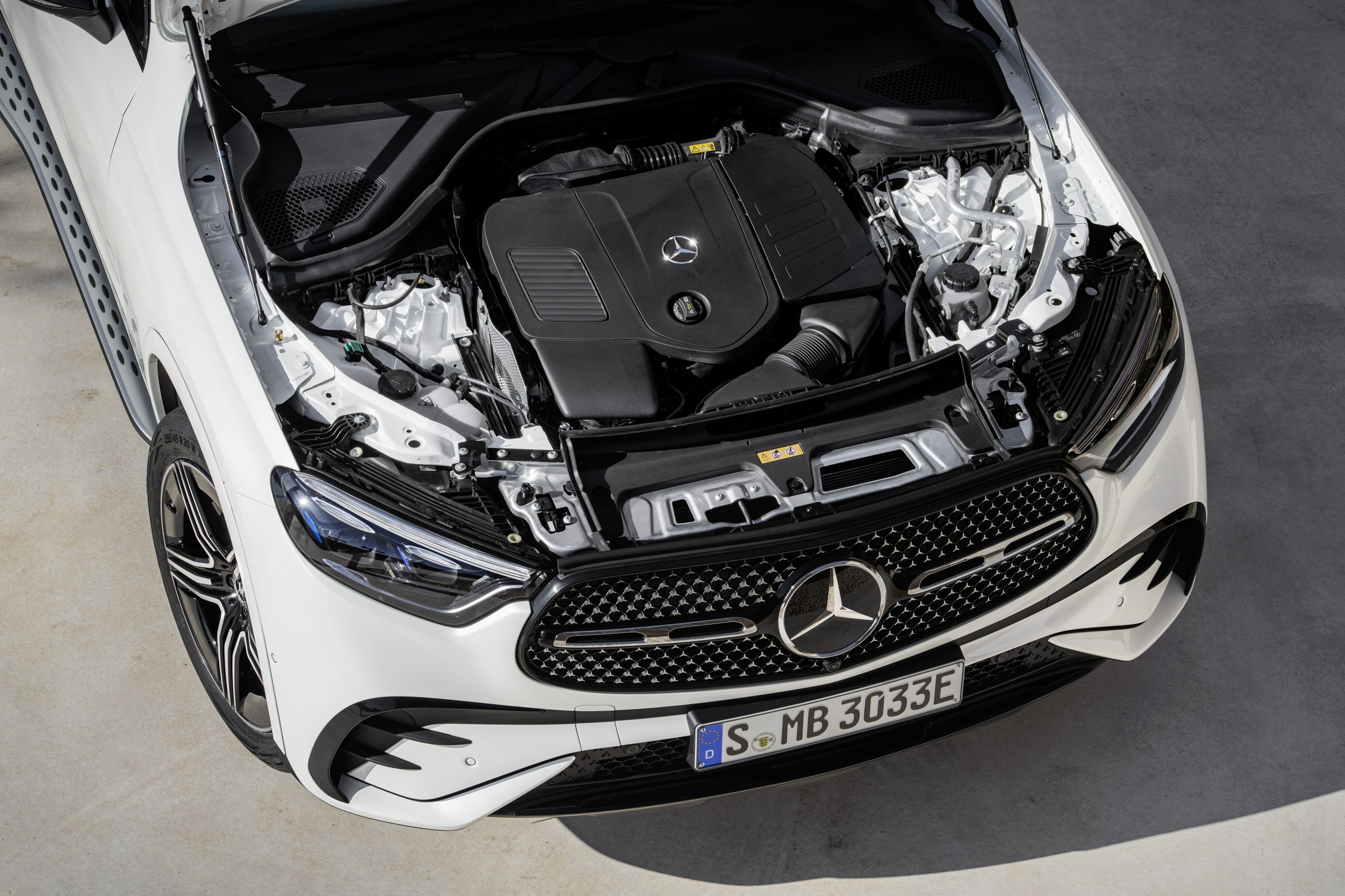 The new GLC has a longer wheelbase and is overall longer, though the width remains the same and the height is marginally reduced. The rear and front overhangs are now larger, which increase boot space and do give a bit more space on the inside for occupants to stretch their legs. The bodywork is optimised, and the car has a drag coefficient of just 0.29, an improvement of 0.02 on the outgoing model.

The looks haven’t been completely altered, though have been given a slight revamp to better suit it to the newer gen Mercedes models. The grille and headlamps are new, and the front bumper has been redesigned as well. The rear seems to have received the majority of the changes, as the bumper is new as are the tail lights, which are now quite slim. The car will ride on alloys ranging from 18″ to 20″, and with the additional AMG Line package certain elements get spruced up even further on the exterior. 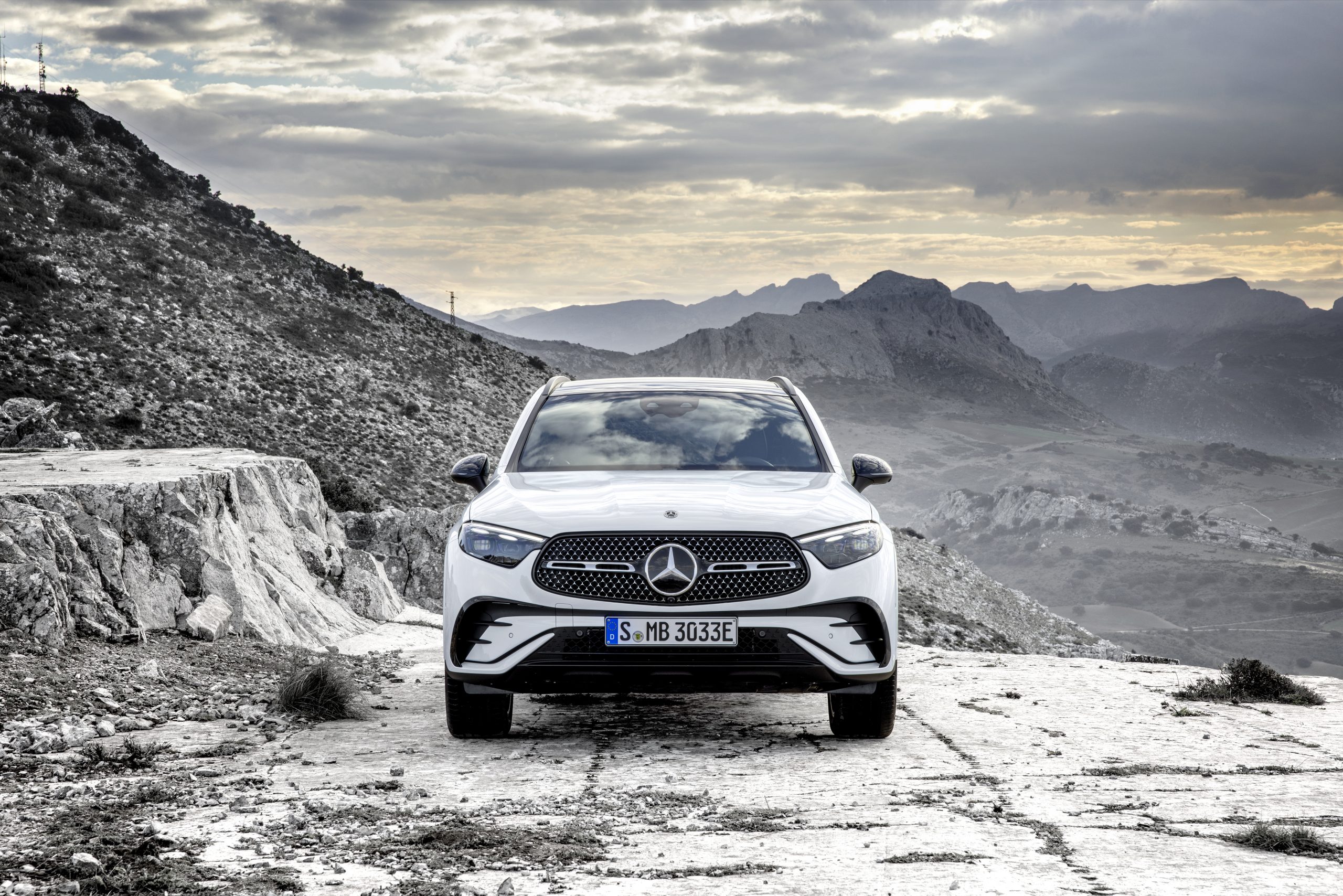 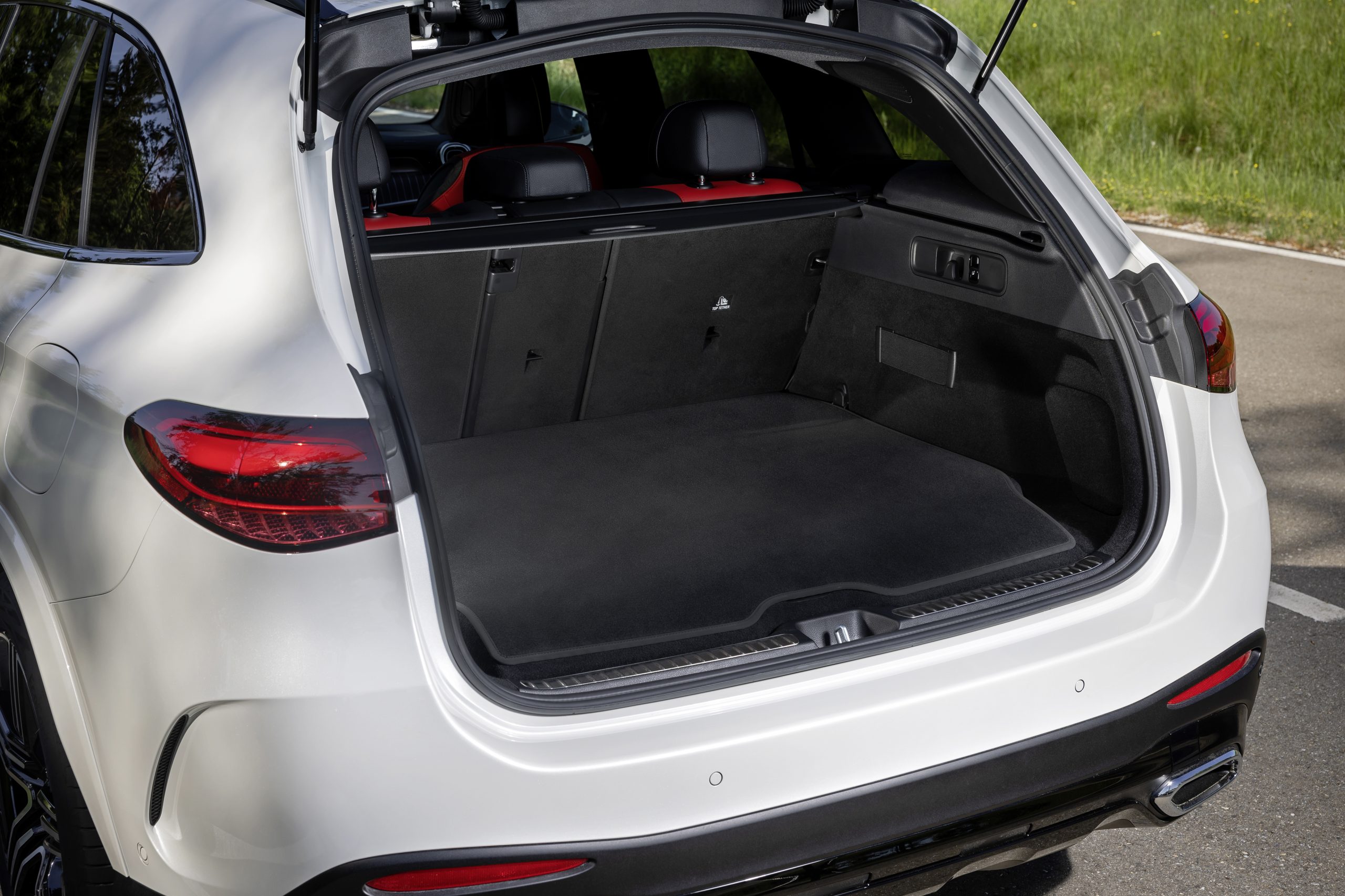 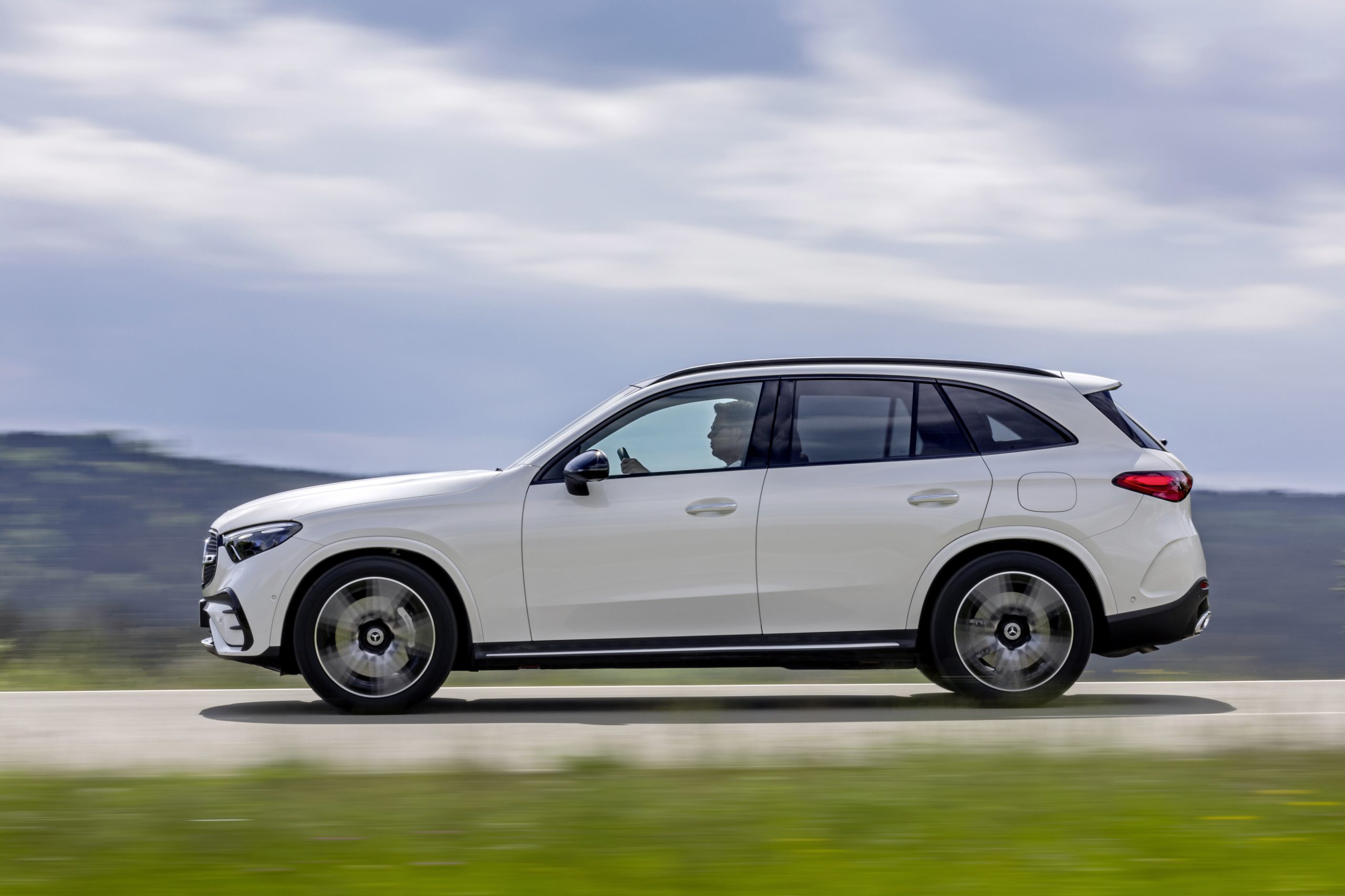 On the inside, there’s a barrage of tech which is all decked out and driver-centered as well. The driver gets a 12.3″ digital instrument cluster while the infotainment system is 11.9″, both of which give an effect which makes it seem like they are floating and both are angled slightly toward the driver as well. The latest version of MBUX is onboard, which gives the option to the driver to use a video feed showing the route to take as an inbuilt optional extra.

Safety features are also present, such as Active Distance Assist DISTRONIC which can make the car react in an instant to cars moving at a speed of 100km/h, while other features like Active Steering Assist and even Traffic Sign Assist paired with the new Digital Light feature which acts as a driver aid, and highlights obstacles like pedestrians, cars driving the wrong way, before approaching red lights and so on, displaying symbols to warn the opposite person all while not impairing the other drivers’ vision. 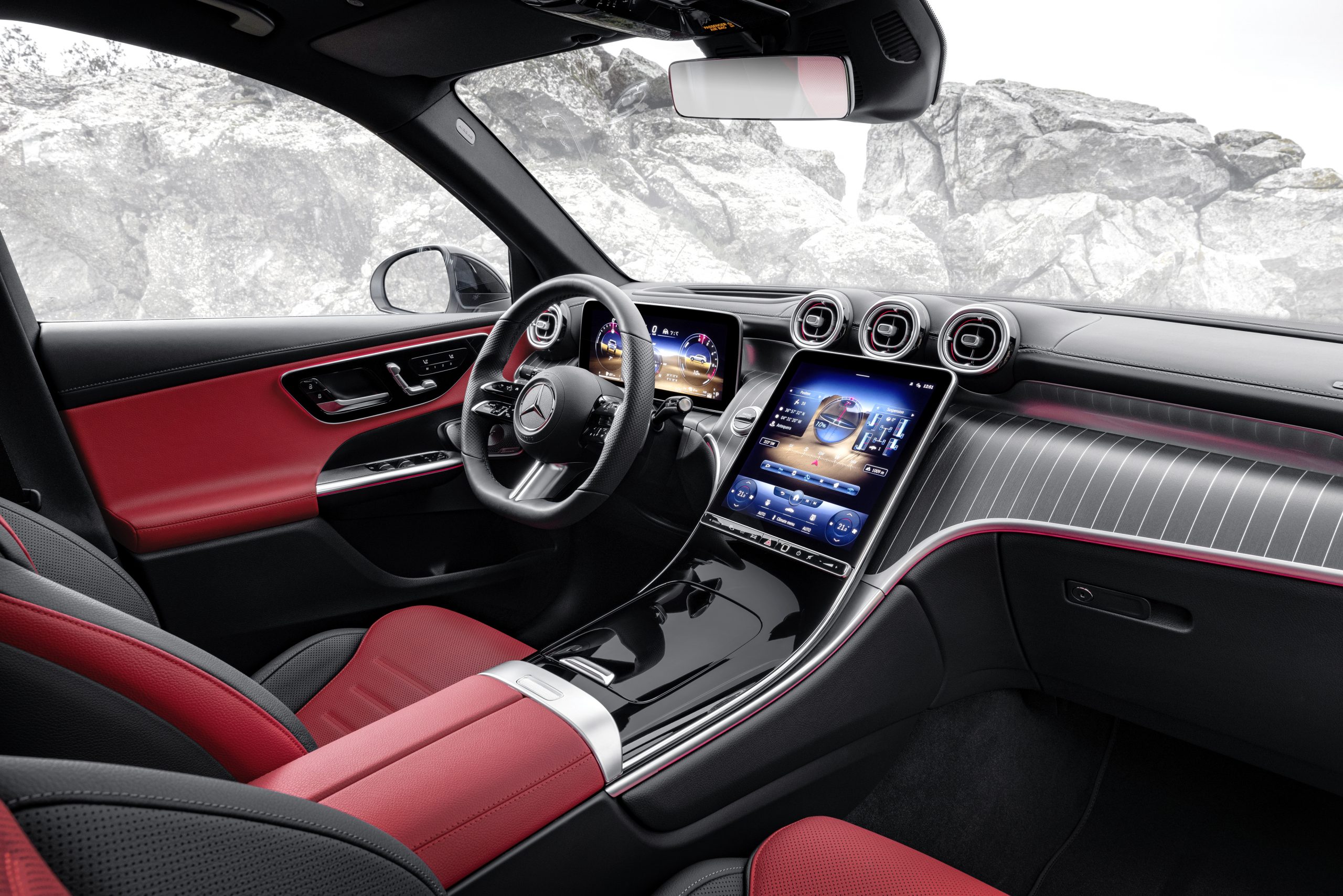 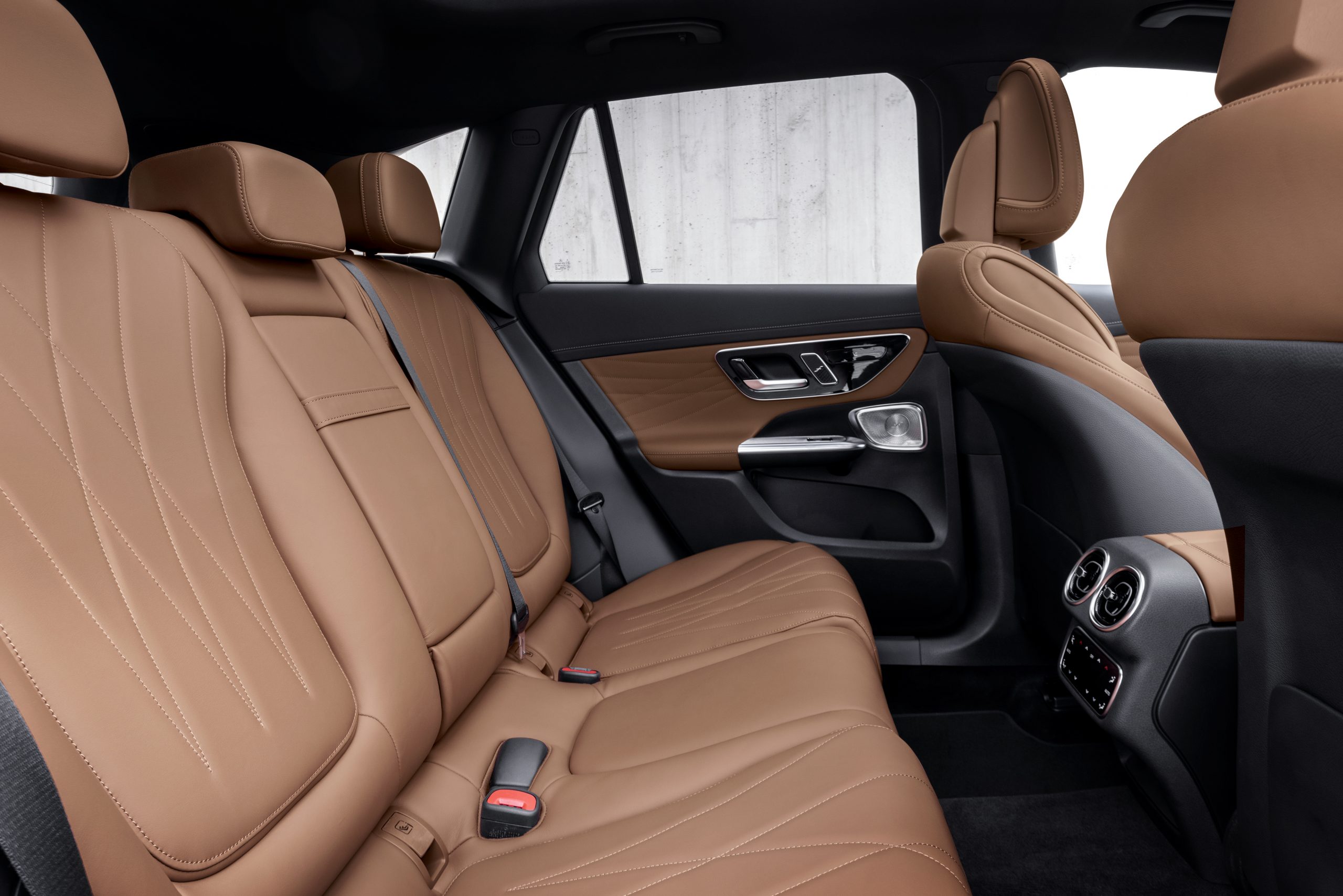 No details are available as of now regarding the launch date, potential pricing or such though logic dictates that the pricing will be at a premium as compared to the outgoing model. Considering how the GLC is currently sold in India, we should expect a launch of this updated version in the near future as well.

The production-spec Mercedes-AMG One is finally here! It is F1 tech for the road