According to the German brand, EQ stands for Emotion and Intelligence. With the EQ range, the brand looks to cover all the significant aspects of customer-oriented electric mobility. Keeping this in mind, they have launched the EQS luxury sedan to cater the requirements of the elite Indian, and at the same time put forward a step for sustainability and the future. The Mercedes-AMG EQS 53 4Matic+ was launched on August 24.

The EQS is already a popular alternative to the S-Class internationally, and Mercedes will definitely look to bolster its sales in India with the introduction of the model here. The EQS was launched last year, and already have sold over 2500 units till date. In India, Mercedes is the first brand to establish the market for luxury EV sedans.

Jumping right into the important factors, the vehicle gets 2 electric motors which are able to produce a combined power output of 762 hp and 1020 Nm of torque. This power is transmitted by the AMG 4Matic+ transmission to all the 4 wheels. The car can accelerate from 0-100 kmph in 3.4s and have a top speed of 250 kmph. The power to the motors is supplied by a 396V 107.8 kWh battery, which promises a range of 526-580 km according to the WLTP cycle. As we had previously discussed, the sleek design of the vehicle, rounded off at certain edges gives a Cd value of 0.23 making the car even more efficient.

The EQS is slightly longer than the current S-Class, with a slightly longer wheelbase, but oh boy, doesn’t it have that futuristic charm! The glass grille with the large Mercedes logo and the LED taillights at the rear make it look like a car from a sci-fi movie. However, the wheels, which have been designed to reduce drag look like they have been picked up from the Forza Horizon video game. 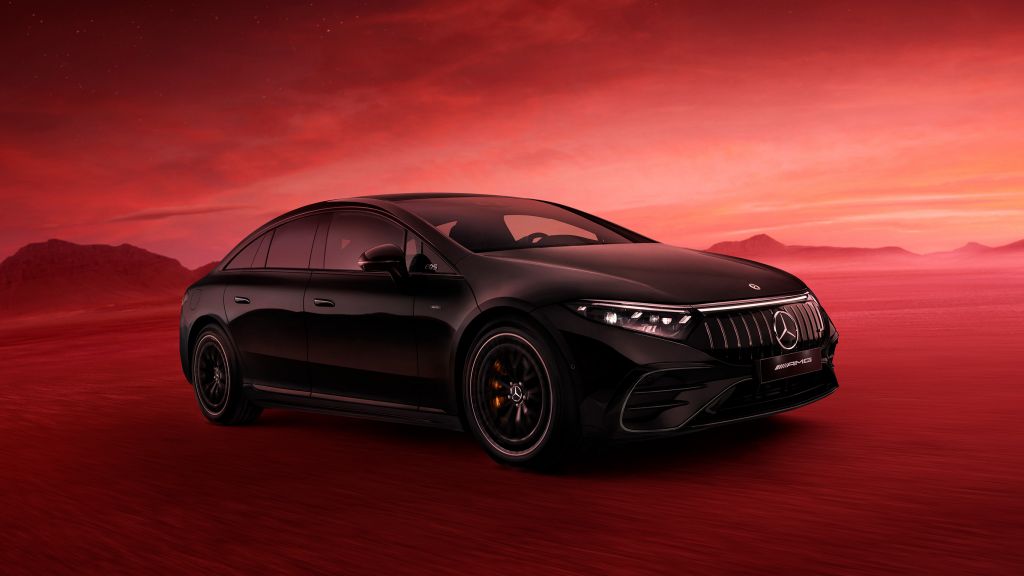 On the inside, the MBUX Hyperscreen adds more feathers to the hi-tech experience. Mercedes has left no stone unturned for the luxury sedan to provide driver and passenger convenience. The EQS gets all the features from the S-Class including gesture control, ambient lightning and automatic doors. For driving convenience, cloud-based navigation, multiple driver profiles and acoustic warning systems have been included. Just like the S-Class, the EQS also gets 4-wheel steering. AI based sensors also provide safety features like pedestrian protection, which is an ingenious feature. Upon sensing an imminent head-on collision with a pedestrian the bonnet lifts up by few degrees to reduce injury as much as possible. The EQS being an AMG gets few more interesting features such as AMG Track Pace and AMG Dynamic Plus Package, for studying track data. But how useful will it be on Indian road conditions? 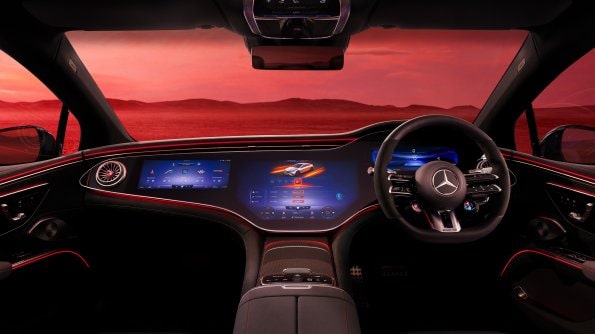 Mercedes have priced the EQS at ₹2.45 crores which is just a little cheaper than the S-Class. For all that is being offered in here, that seems to be a helluva bargain! But, how will the Indian buyers react to the pricing, only time will tell. Stay tuned for more.