If you have been going through our feed lately, you would have realised that the 5 Series is receiving a facelift, and it seems that the people have divided opinions on the new designing of the 2021 5 Series. Well, it is a free world, we are all entitled to our opinions, and I hold the opinion that the facelifted 5 Series looks better than its predecessor.

While the older 5 Series seemed to look quite poise, the latest 5 Series as per the teased and leaked images looks more aggressive while still holding a look of elegance. Until now, most automaker enthusiasts believed that BMW would be unveiling the refreshed 5 Series, but BMW has provided a facelift to the 6 Series Gran Turismo as well, and it will be sharing the (virtual, I presume) stage with the new 5 er, and they together will be unveiled in Korea on the 27th of May.

The German company will introduce their new vehicles in Korea, which makes me think, Hyundai should probably unveil their new Genesis in Germany. I have no mature explanation to why I said it, but just that it would make for some fun headlines. And since I am on fire with some childlike ideas, BMW managed to keep the 6 Series GT under wraps. It didn’t leak because no one wants to see it or because of BMW is completely unknown. Unless BMW chooses to release its images, I think we would see it in its new form only on the 27th of May.

BMW Korea put up a post on Instagram which gave us the information about the upcoming launch of the 2 vehicles. Also, they have posted a video which is the more interesting one. BMW has quite respectfully paid homage to all the various 5 Series models across the years, images of each 5er flash and in a few seconds they amount to the sleek silhouette of the 2021 5 Series. 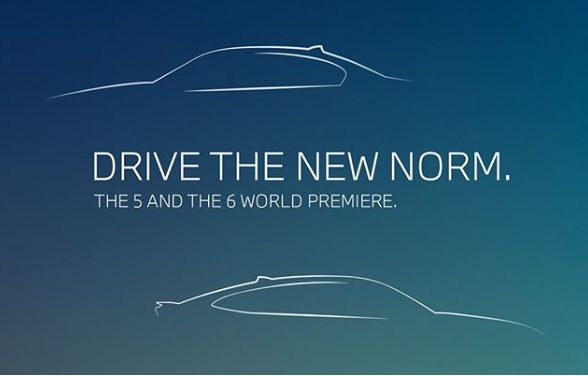 Let me address the one major question which most people seem to have with BMW, does the 5 Series too have a huge abominably sized kidney grille? I am glad to say, in spite of the grille being a tad bit larger than before, it is not at all disproportionately sized like that of the X7, 7 Series or the i4’s monstrous grills.

The facelift of the 5 Series is not just a cosmetic one, expect changes on the powertrain end as well. The entry level 530i will continue using a 2.0 litre turbocharged engine, but this engine has received an upgrade in terms of power, and this reflects in an increase of horsepower from 248 ps to 255ps, and 258 pound feet of torque to 295. The higher end 540i will share the 3.0 litre turbocharged V6, which is currently being used by the M340i.

This 3.0 litre engine produces 382 hp and 369 pound feet of torque, making it quick quick. Rumours about the 550i suggest that it could use the the 4.4 litre V8 from the older 5 Series, without any changes, not that it needed much as it already produces a generous 523ps and 553 pound feet of torque.

Still, if a new stronger engine with the 550i is up for offer, we would surely take that. The top end performance variant M5 could also use the 4.4 litre V8, but as this engine is to be fitted in an ‘M’ variant, it would produce a higher amount of horsepower, which is 591ps and 553 lb ft. From the teaser images seen, an electric plug in variant could also be a part of the new 5er line up, and this variant will probably hold the tag of the 545e.

Details on the 6 Series Gran Turismo is extremely scant, lets see if BMW manages to hold on to its information in the next 8 days, or will it get ‘leaked’ again. Either way, we cannot wait for the launch of both these vehicles.

Its about time time India gets its hot hatches

This is the next Nissan Z – Possibly the Nissan 400Z