Mercedes Benz India seems to be on a roll, just recently they released the fire breathing AMG C 63 and the AMG GTR, and now they are prepping up for the launch of the largest suv in their stable. The GLS has been one SUV which caters to every need, whether it is space, advanced features, enhanced technology or a great power train. The GLS has it all. The new gen was revealed way back last year and is now ready to make an entrance to the Indian shore.

Fresh exteriors of the 2020 GLS

The luxobarge Mercedes GLS sports an updated twin slat octagon shaped grill, a tweaked front bumper and adjacent to the grill are those multibeam LED headlamps which use 112 LEDs per headlamp. Within these headlamps lie eyebrow styled DRLs (daytime running lights). The rear end has also seen some changes which are in the form of the taillights receiving an LED update, the rear bumper has also been improved with the inclusion of a silver skid plate, chrome garnishing. The twin exhausts have also been styled in with chrome accents. 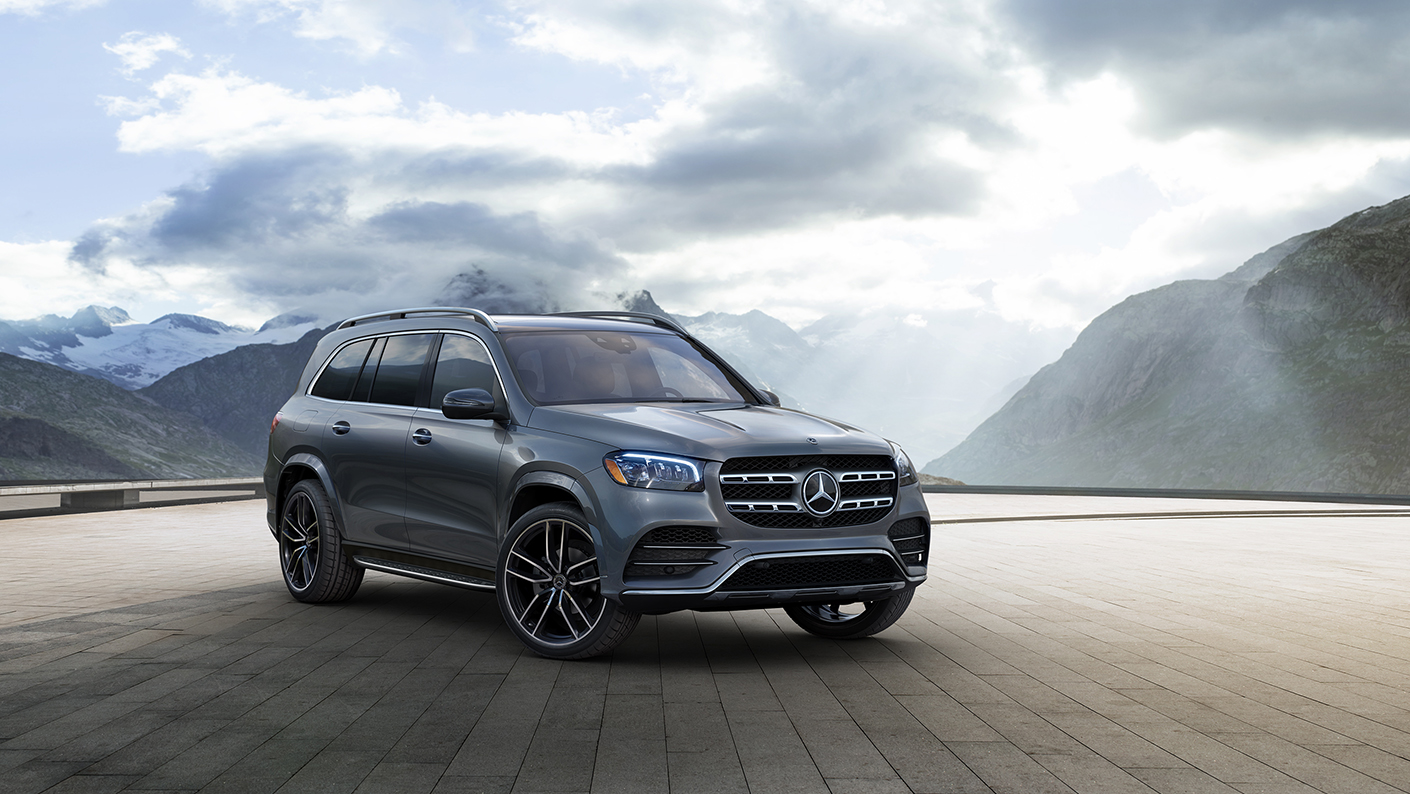 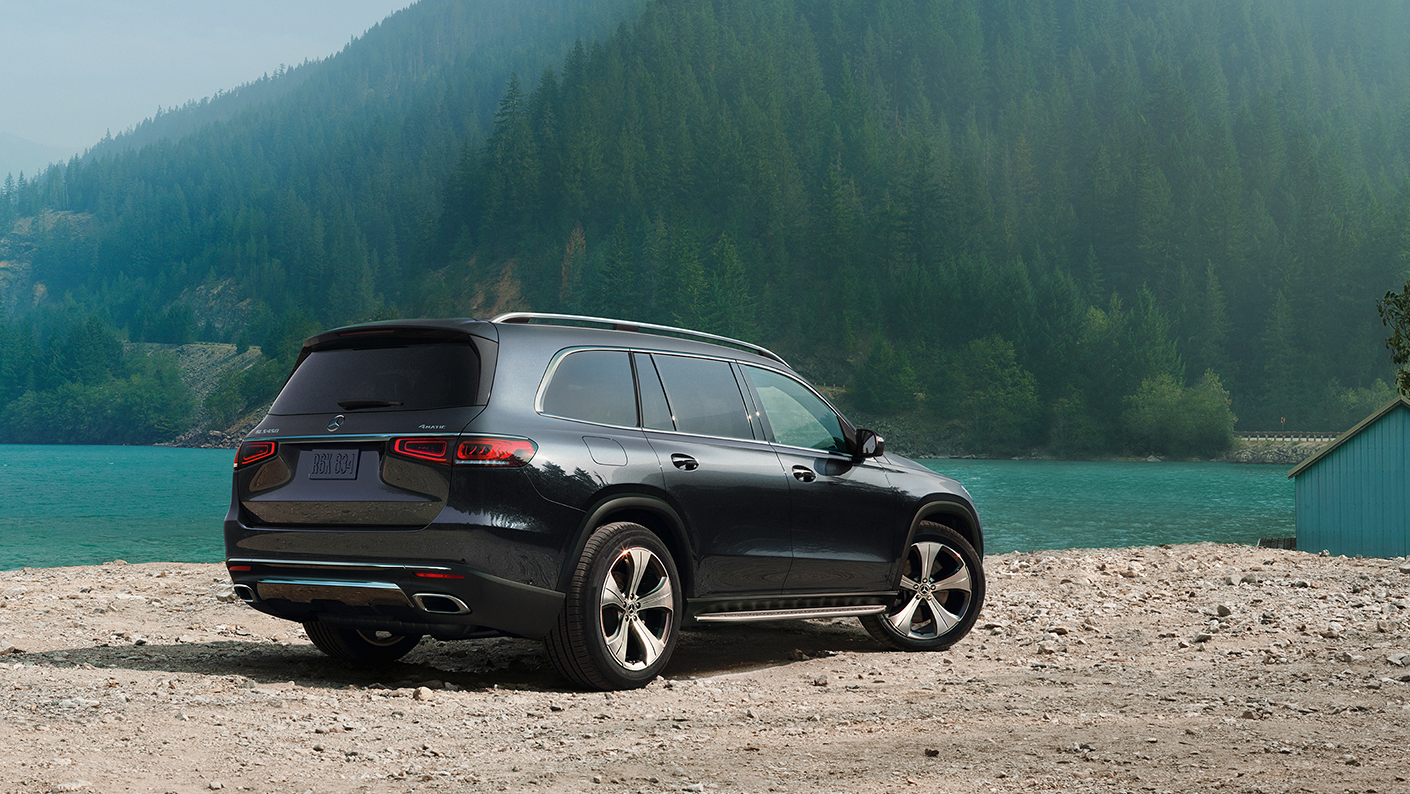 In terms of size, the 5 meter plus sized vehicle (taking a U-turn with this car would be quite the task) has not seen any major size revisions but it is now 77mm longer, 22mm wider and the wheelbase has been increased by 60 mm, which would result in more legroom, and this would make an already spacious vehicle only more spacious. 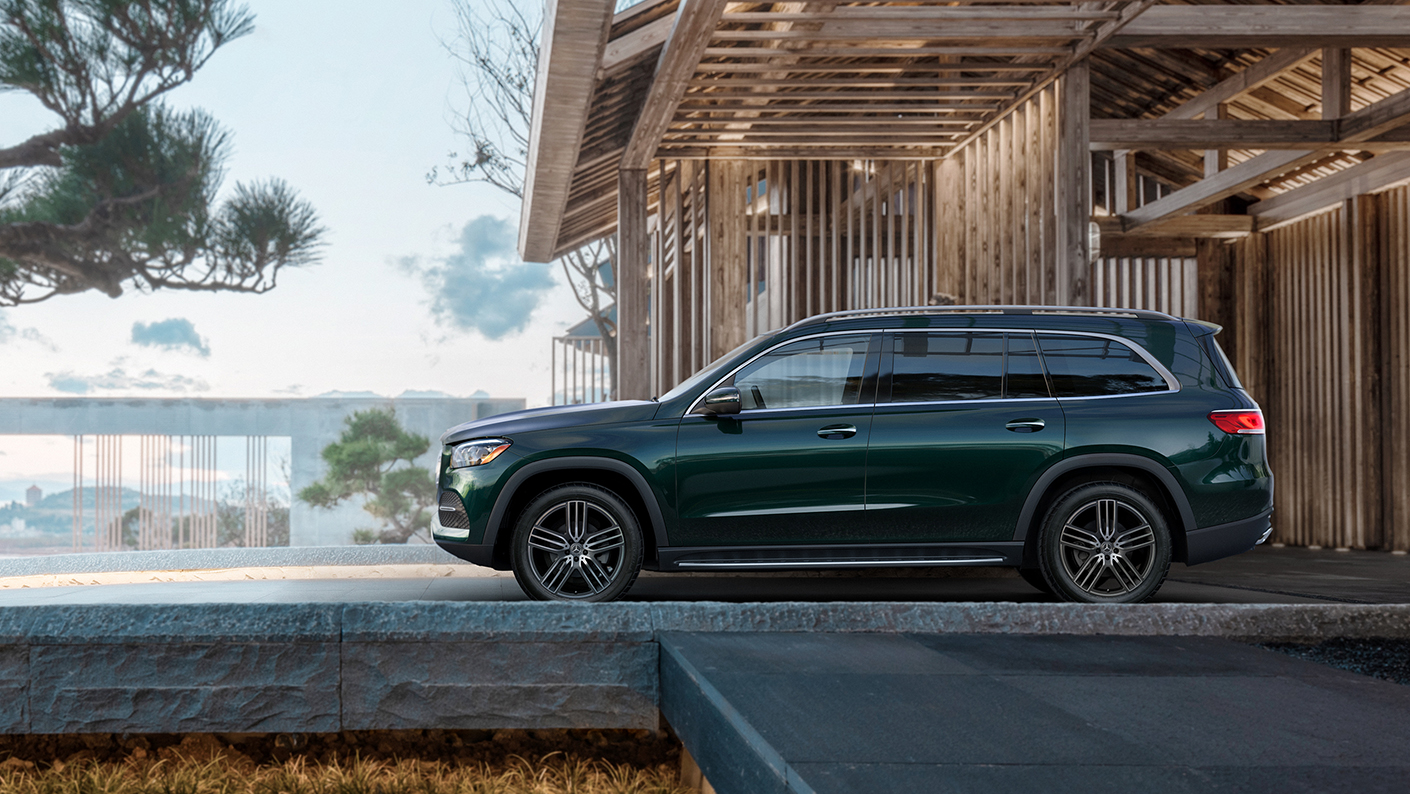 Caramel smooth interiors of the 2020 GLS

The S class of Mercedes SUVs gets refreshed cabins with quite some upgrades. At somewhere to the north of INR 1 crore, you would naturally expect the best features and technology to be used within the car. The 2020 GLS gets the new 12.3 inch MBUX touchscreen infotainment system and a 12.3 inch fully digital instrument cluster. 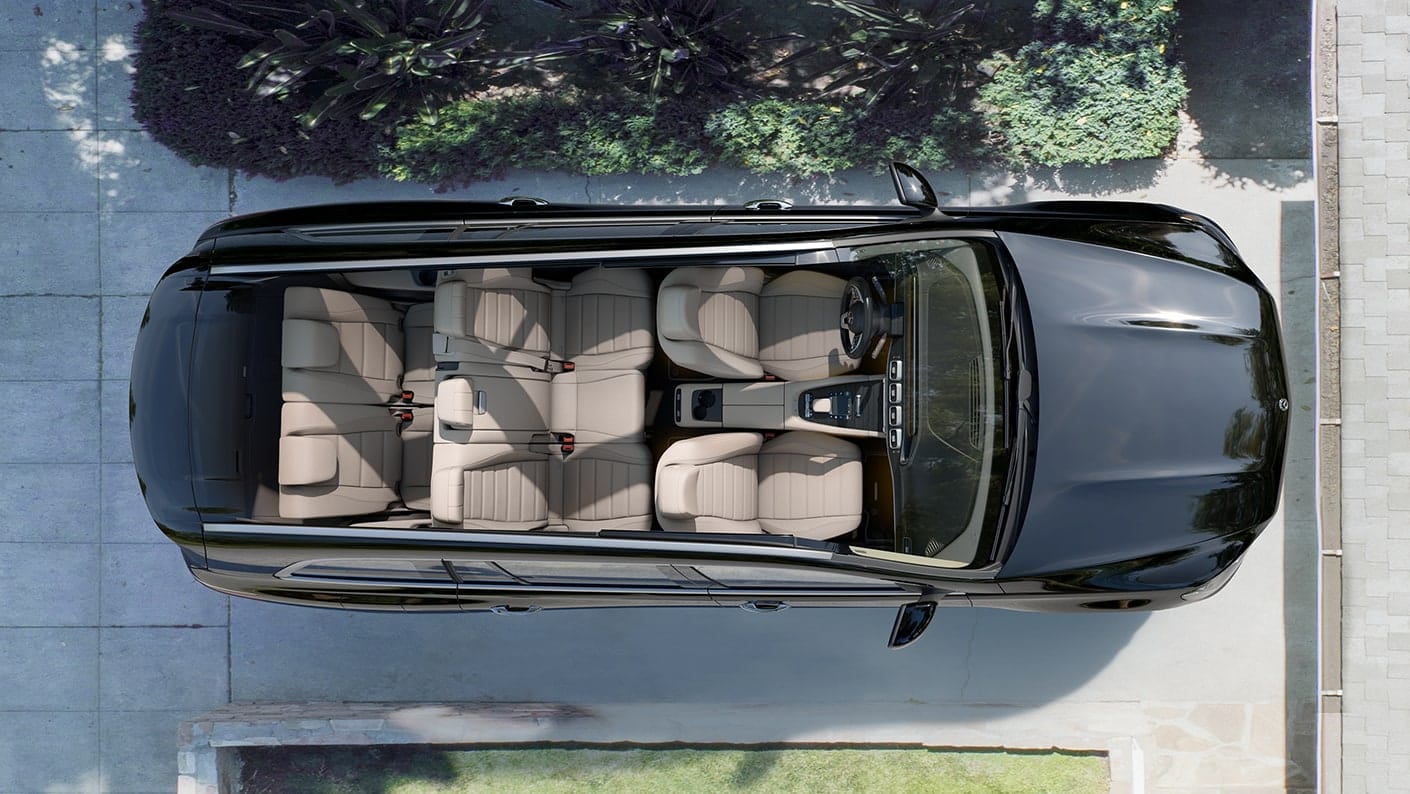 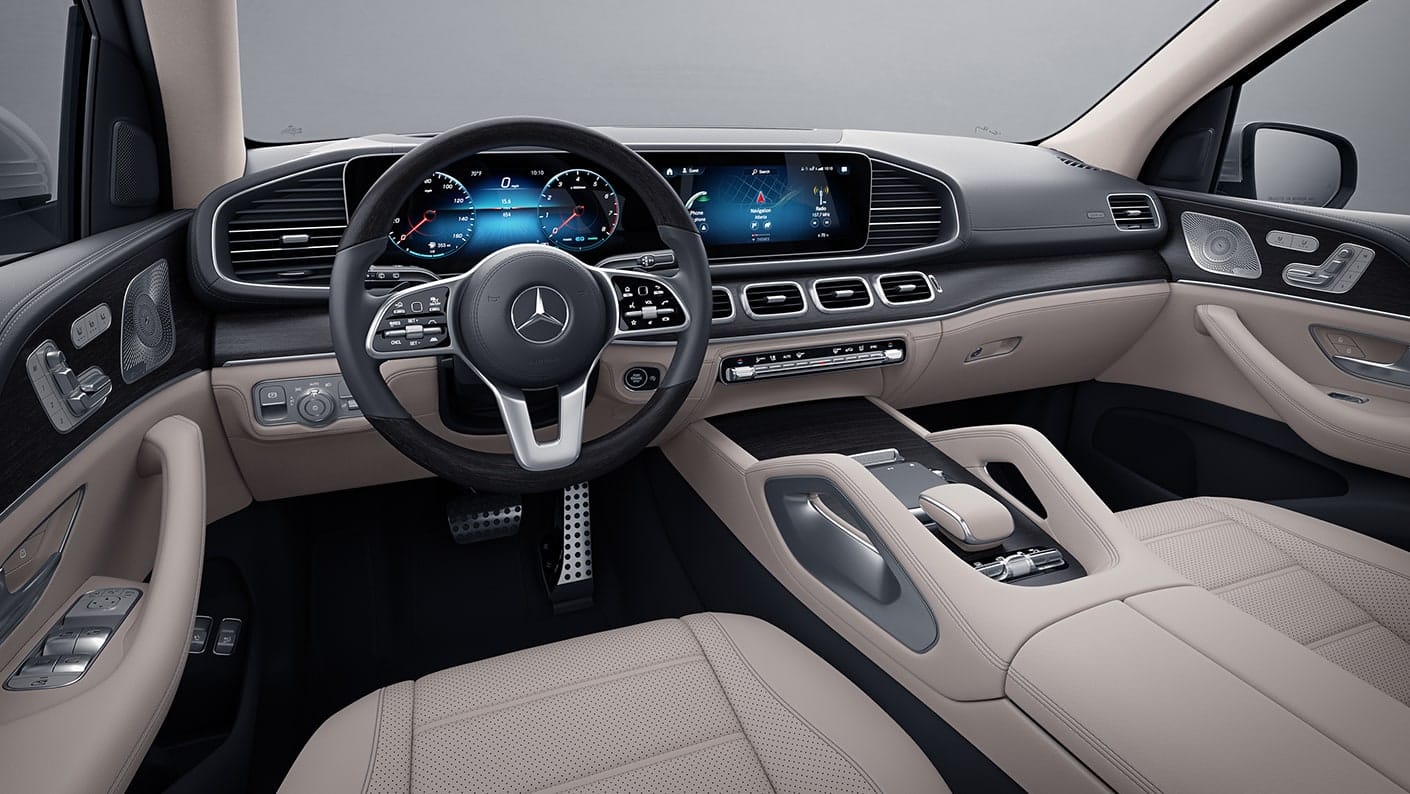 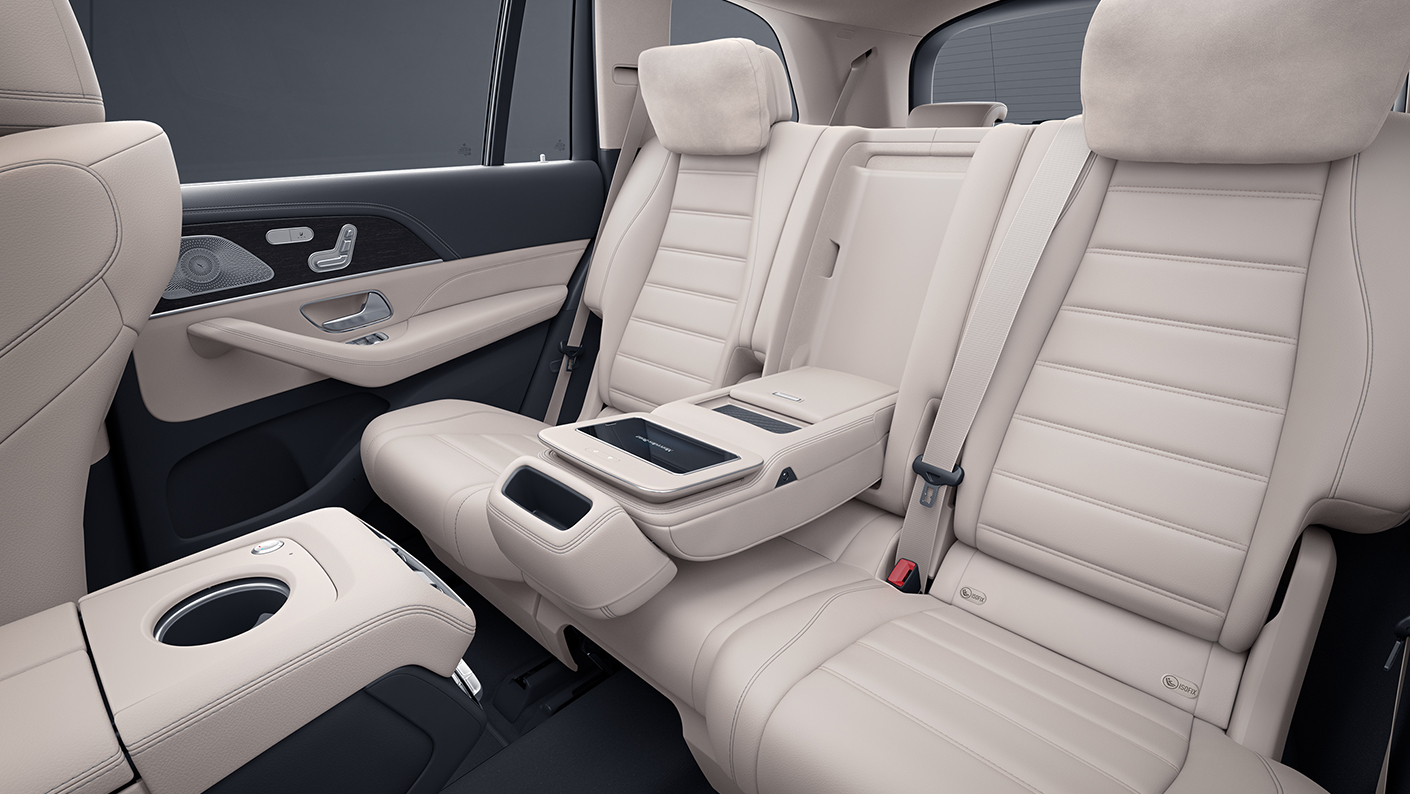 It doesn’t end here, the rear seats are also equipped with a rear-seat entertainment package which makes use of 11.6 inch screens which can be used by the rear passengers to view their favorite content. Furthermore, the GLS has other features such as 5 zone climate control, a new steering wheel with touch responsive buttons, the center console also uses a touchpad. 2 particular features which need to be mentioned are the ‘adjustable air suspension’ and ‘auto parking’. Parking a 5 meter sized vehicle would be quite the chore of arm wrestling, and making use of ‘auto parking’ would surely make it easier to park this mammoth of an suv.

We believe the 2020 GLS will use a 2 engines, a 3.0 litre petrol engine which would produce 367 ps and 500 nm of torque and a 3.0 litre diesel engine making 286 ps and 600 nm of torque. One of the rumours building up suggests that the three point star brand might consider using a V8 in the petrol engine and V6 in the diesel engine. The 2020 GLS will be an all-wheel drive vehicle, and a 9 speed automatic transmission would be equipped as standard on both the engines.

Expect the 2020 GLS to burn a deep hole in your pocket as it will be priced at more than Rs. 1 crore, and this does not come as a surprise. The GLS on release will take on the Land Rover Range Rover Autobiography and BMW X7, this quite very much will be a battle between three titans and there can only be one winner, I guess we will find out who that winner is after the 17th of June.