After a lot of buzz and rumours, Morris Garages is prepping up to release the Hector Plus in a matter of 5 days. MG needs to be praised for staying true to their launch schedule in spite of the Covid 19 pandemic derailing most unveil and launch events.

The Hector Plus once launched will be going up against the likes of Toyota Innova Crysta, Mahindra XUV-500, upcoming Creta 7-seater and the much awaited Tata Gravitas (3 row version of the Harrier). The Gravitas had been unveiled during the 2020 Auto Expo and Tata had scheduled a launch cycle of either by Diwali 2020 or H1 of 2021. MG can really use this to their advantage.

This SUV/MPV will be looking to enhance the sales received by its relatively smaller sized sibling. MG though pushed a lot of cars to dealers, the buyers have not been at such a higher number. The Seltos and Creta siblings have captured the market. 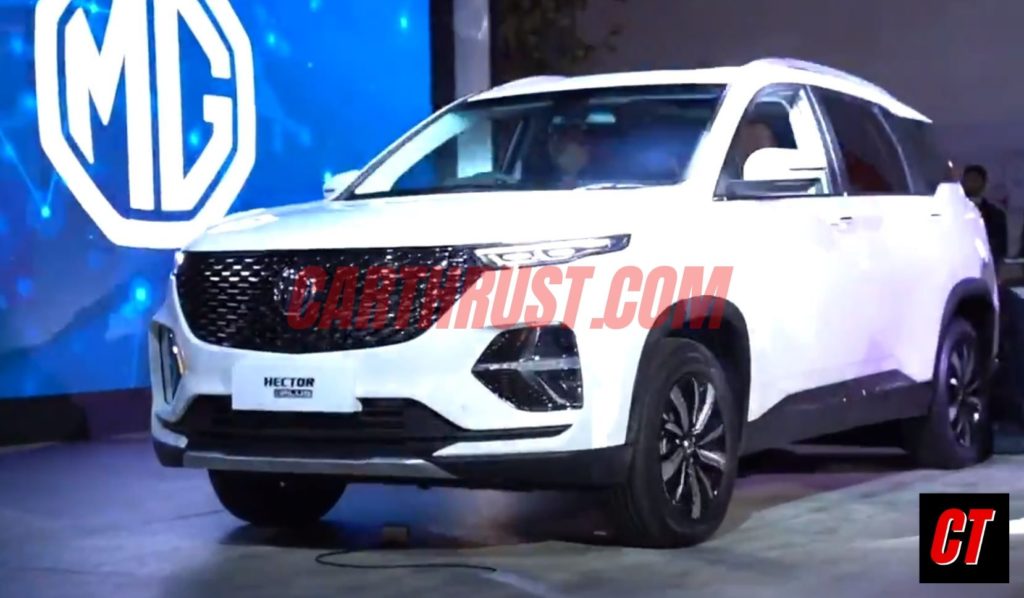 Now though, being a 3 row version of the Hector, the Hector Plus shares a lot with the Hector. However, a few updates and upgrades are easily observable such as the tweaked front grille and headlamps. On the rear, the tail lights no more use a light bar, instead, a chrome strip connects the tail lights. The inside of the car has not been revealed, but tan colored upholstery, 2 captain seats in the middle row and a third row of seats as well.