Toyota recently teased its Urban Cruiser SUV which is set for a September launch. The folks at Autocar got a more detailed look of the Cruiser and hence we were able to draw a better picture. 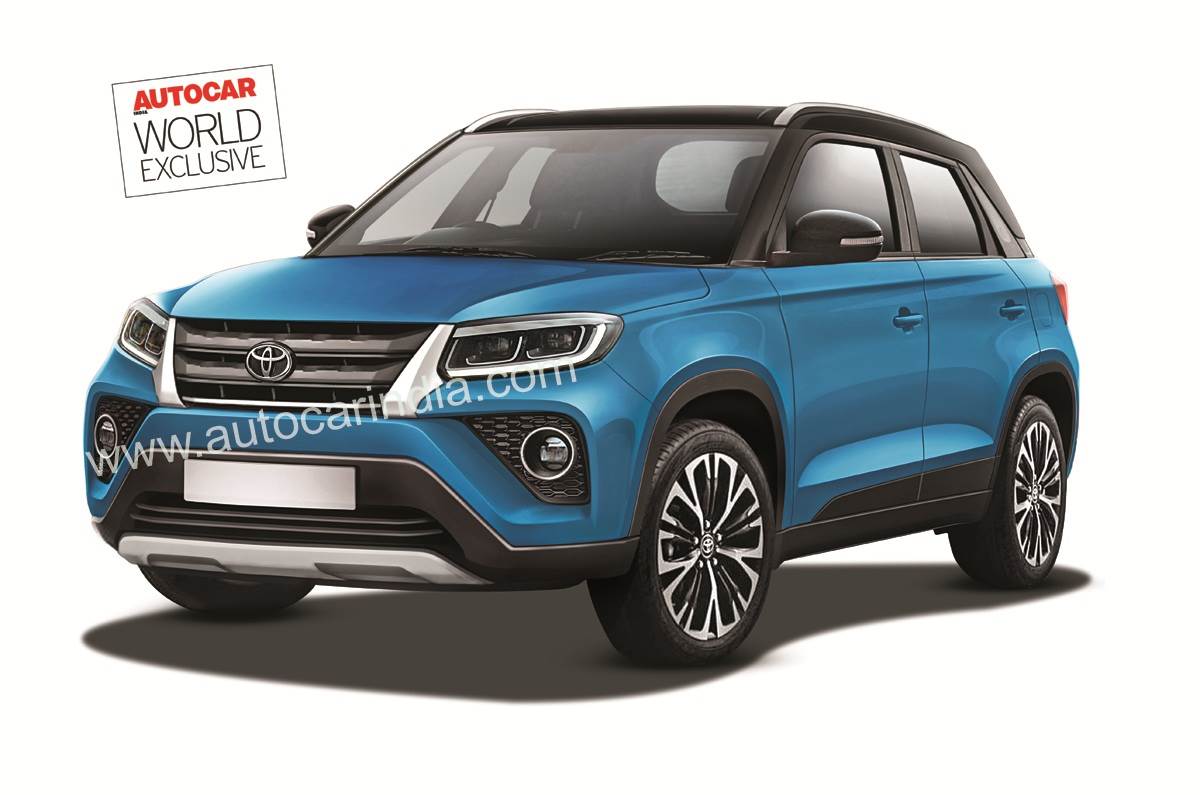 The front design is differentiated thanks to the twin-slat grille and a skid plate with a sort of metal effect. In terms of interior and upholstery, do not look forward to anything new as it is almost identical to the Vitara Brezza except for the use of lighter colours for a softer, spacious look. Even the features are pretty much the same, so, the exterior is just a mask.

The Urban Cruiser will use the same 105 hp,1.5-litre K15 naturally aspirated petrol engine as its Maruti counterpart. This can be paired with either a 5-speed manual as standard or a 4-speed torque-converter automatic transmission. It looks like the SUV will in fact get the mild-hybrid tech for both gearbox options as expected.

Alongside a 2-year and 3-year warranty, the Urban Cruiser is set to enter markets sometime in September and bookings will be available from August 22. The Urban Cruiser will have to face established competitors like the Hyundai Venue and Ford EcoSport, not mention other upcoming launches such as the Kia Sonet and the Nissan Magnite.

Now you can still get that iPhone if you’re buying a Ford Mach-E: Prices slashed by atleast $1000

2021 BMW 4-Series Convertible debuts, but it now has a folding soft top