In India, as of now, compact SUVs happen to be the best-sellers for their respective makers. After all, they provide you with an SUV-like space, but with dimensions similar to a hatchback. And going forward, it seems like the sane decision too.

Renault has become the 9th automaker (you read that correctly) to participate in the quest and get a fair-size of the sales with its latest-offering, named the Kiger. Striking name, for starters.

The Kiger can be bought from INR 5.45L (ex-showroom, pan-India), and one can choose from the four trim-levels and engine-‘box options on offer. Looking at all of its variants and prices (ex-showroom, India), here are the detailed figures – 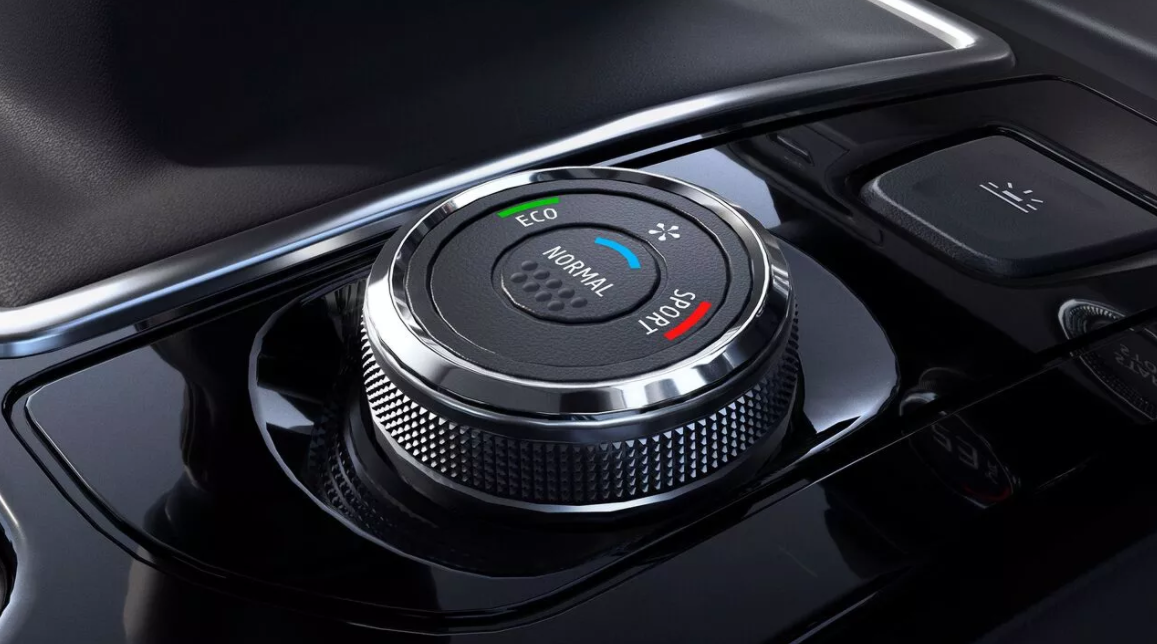 More on this, the Kiger is available only with two engine options – a 72hp petrol, or a 100hp turbo-petrol. The ‘box options include a 5-speed MT, AMT, or a 5-step CVT. To the disappointment of some Indian buyers, though, Renault has decided against fitting a sunroof in its first-ever compact SUV.

Dimensions & how it looks on the outside

The Kiger is based on the CMFA+ architecture that is also used by the Triber, Kwid, and the Nissan Magnite (cousin of the Kiger and its rival, too). It measures 3,991mm in length, 1,750mm in width, 1,600mm in height, and has a 2,500mm-long wheelbase. The French carmaker claims the Kiger to have the best-in-class 710mm of space between the front headrests, 220mm of legroom at the back, and 1,431mm of elbow room at the rear. 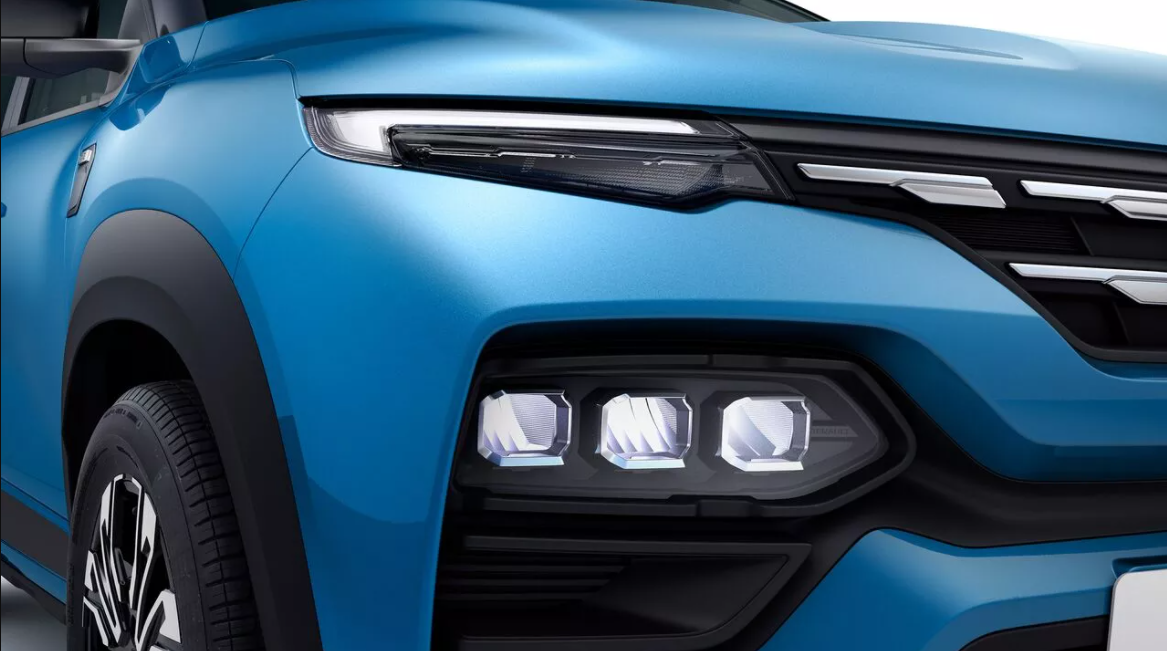 The largest-in-class boot-space of 405L that can be expanded to 879L with the rear seats folded is another achievement. Its ground-clearance is 205mm and has 16-inch alloys to give the Kiger a sporty look. 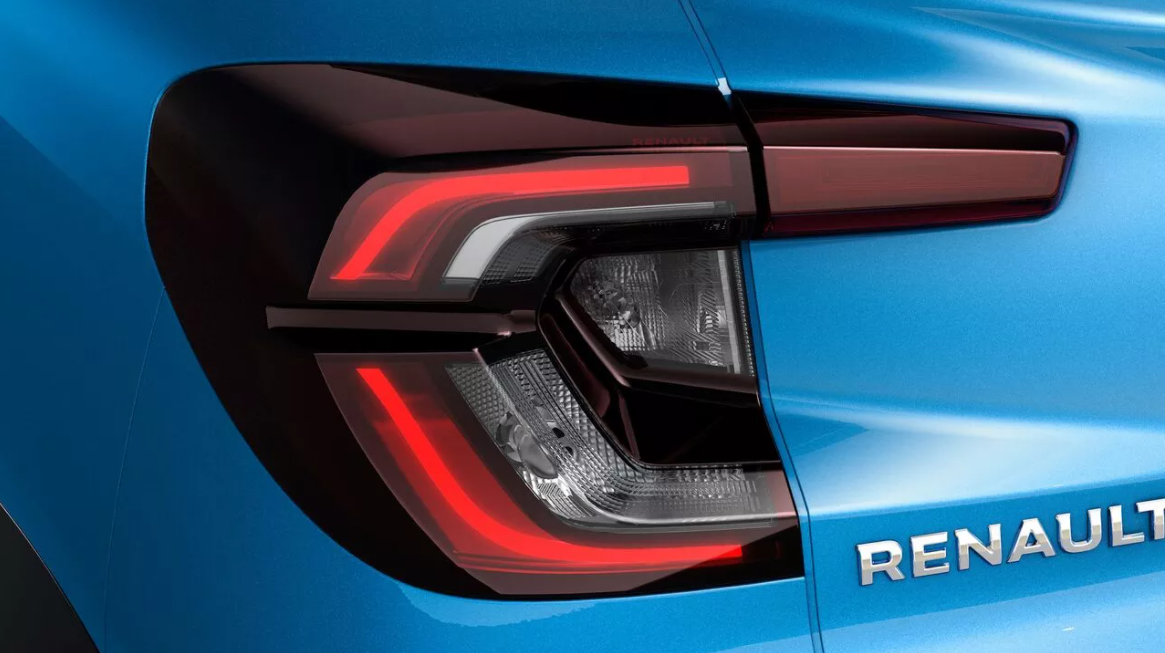 As for its design, Renault has given the Kiger a sculpted hood and a large ‘winged’ front grille (with honeycomb-shaped chrome elements), and a split, all-LED headlight setup. Flared wheel arches and a downward sloping roofline ending in an all-black C-pillar complete the side profile. For the rear-end, distinctive C-shaped taillights, a small spoiler element, and faux-aluminum skid plate round up the exterior. 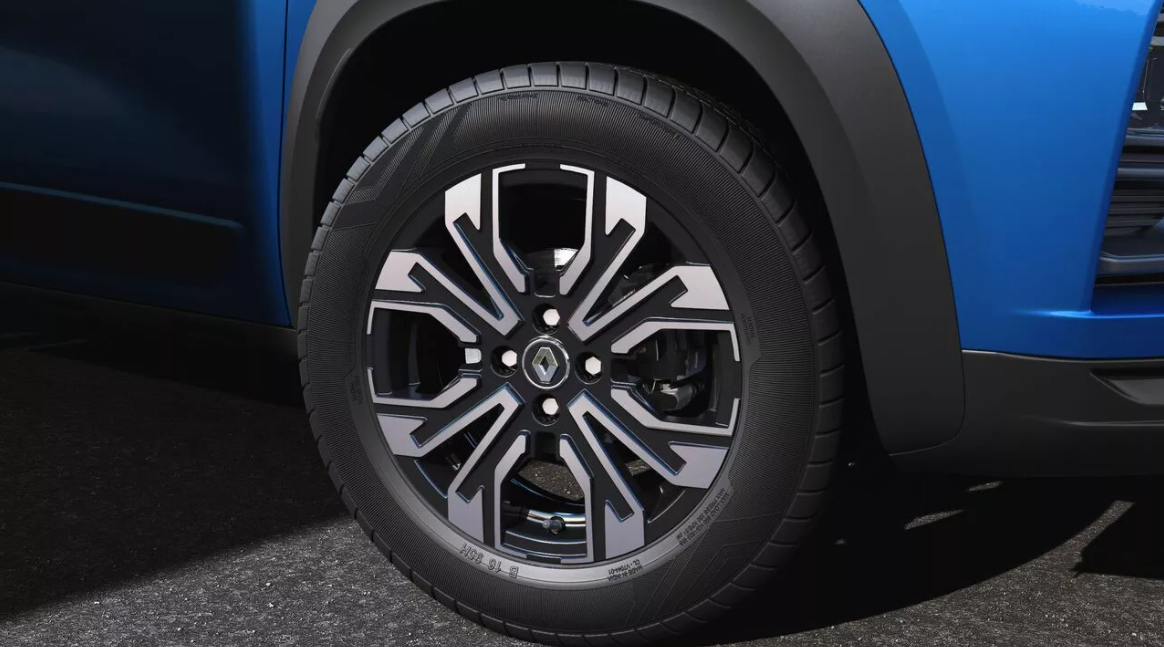 Features & how it looks on the inside

On the inside, the Kiger is home to a layered dashboard with gloss black and chrome highlights on the center console and steering wheel. An 8-inch touchscreen display is present on the center of the dashboard, almost in-line with a 7-inch TFT digital instrument display.

While several switches and the steering wheel are borrowed from the Triber, on the Kiger side of things, the compact SUV’s steering wheel has controls to access the infotainment system. Moreover, it seems like Renault has paid a lot of attention to space and storage as the company claims a total of 29L of storage compartments is available. 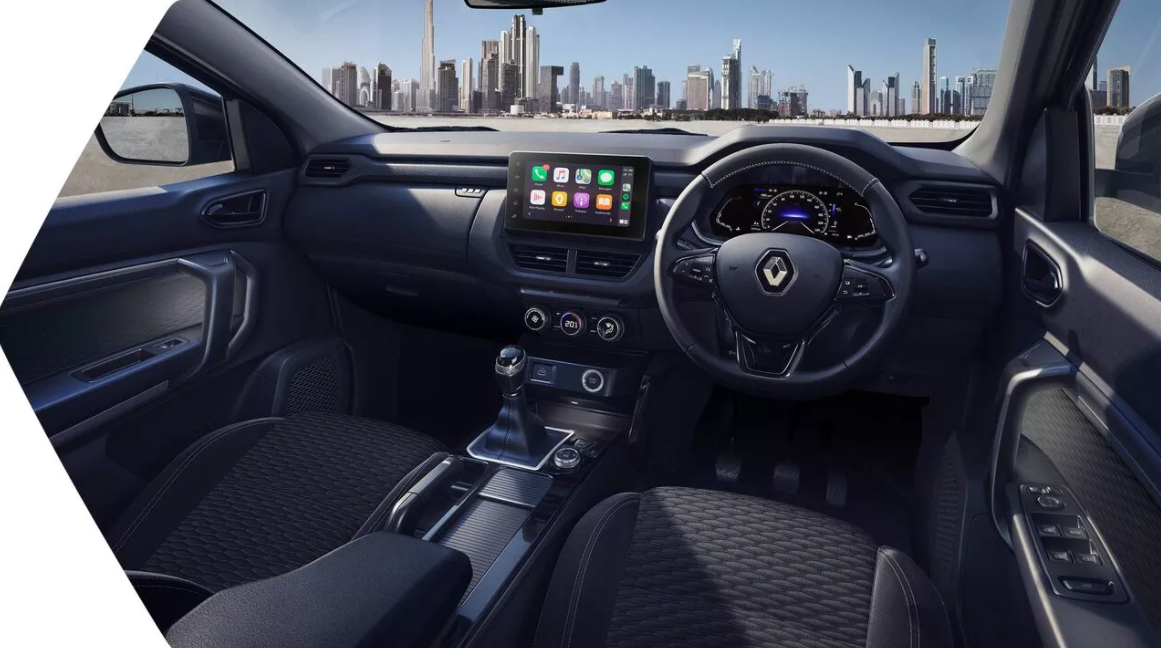 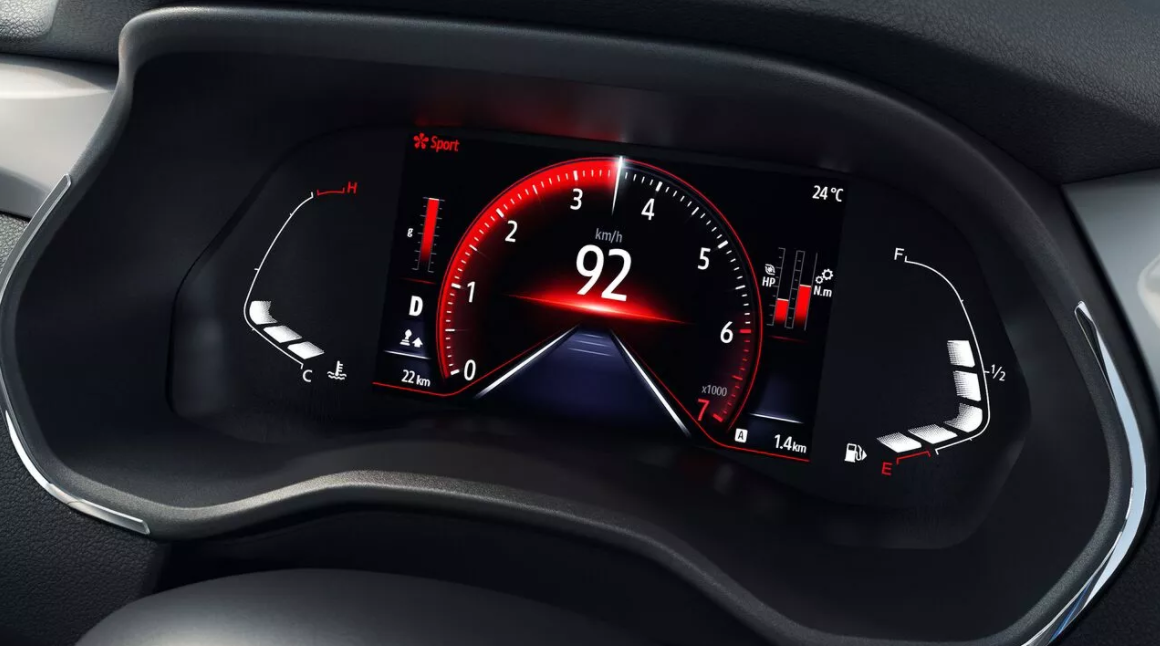 The safety of those inside the Kiger has been given some thought too, as it has four airbags, ABS, a rear-view camera, and parking sensors. Additionally, Renault will allow its customers to personalize their Kiger according to their needs with the five accessory packs on offer. 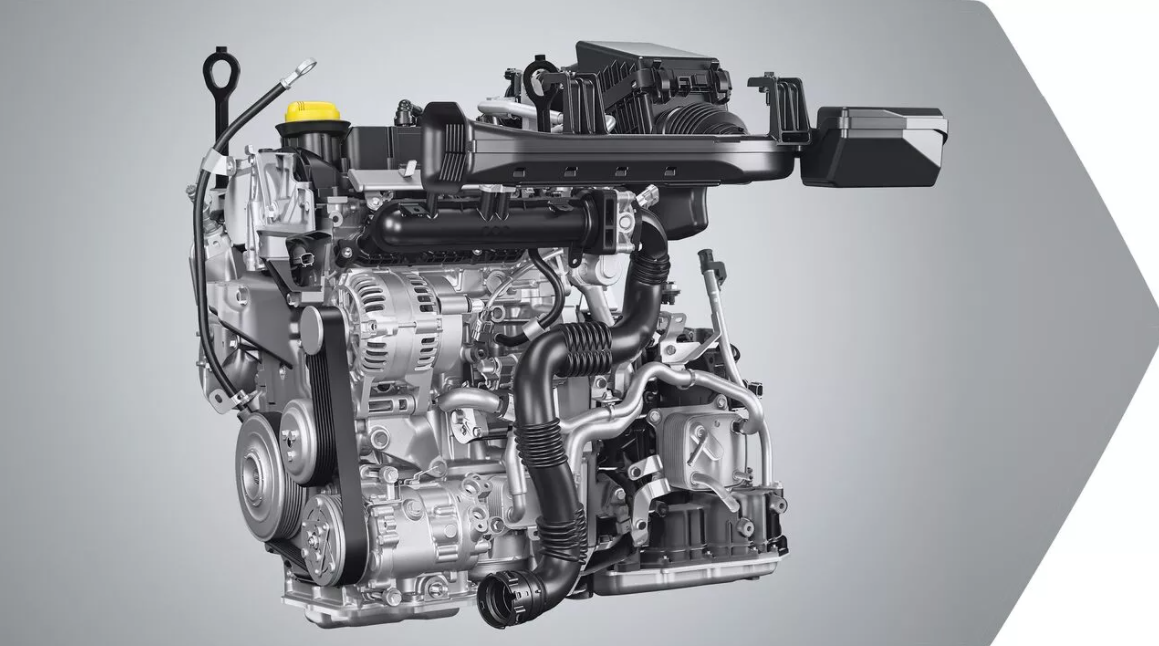 To add, higher variants of the turbo-petrol engine have access to the different driving modes – Normal, Eco, Sport – which alters the engine, ‘box, and steering response.

Who are the Kiger’s rivals?

Renault’s idea of aggressive pricing for its first-ever compact SUV has seen it undercut all of its rivals. As for its competition, the Kiger goes against its Nissan Magnite cousin, Hyundai Venue, Kia Sonet, Mahindra XUV300, Tata Nexon, Ford EcoSport, Maruti Suzuki Vitara Brezza, and Toyota Urban Cruiser.

McLaren Artura - A hybrid McLaren that doesn't take away your networth

Ghosts of the Emissions' Past - Diesel gate haunts VW back