Back in 2018, Audi kick-started its electrification process by bringing forward the e-tron crossover on a mass scale before also making way for the e-tron Sportback. Earlier this year, Audi took the wraps off of its e-tron GT, and now, it has introduced two more models – the Q4 e-tron and Q4 Sportback e-tron.

Now, both the versions rival the Ford Mustang Mach-E, Tesla Model Y, and VW ID.4. Europe gets the all-electric Q4 in the summer this year, while the US gets it later this year. For Europe, Audi has readied three variants at launch, whereas the US can have one of the two variants.

The base-spec Q4 35 models have a 52.0kWh battery pack with a single electric motor at the back making 168hp and 229 lb-ft of torque. The standard Q4 35 will get 341kms according to the European WLTP cycle and the Sportback model will get 349kms. The figures for the US models on the EPA cycle will be marginally lower. 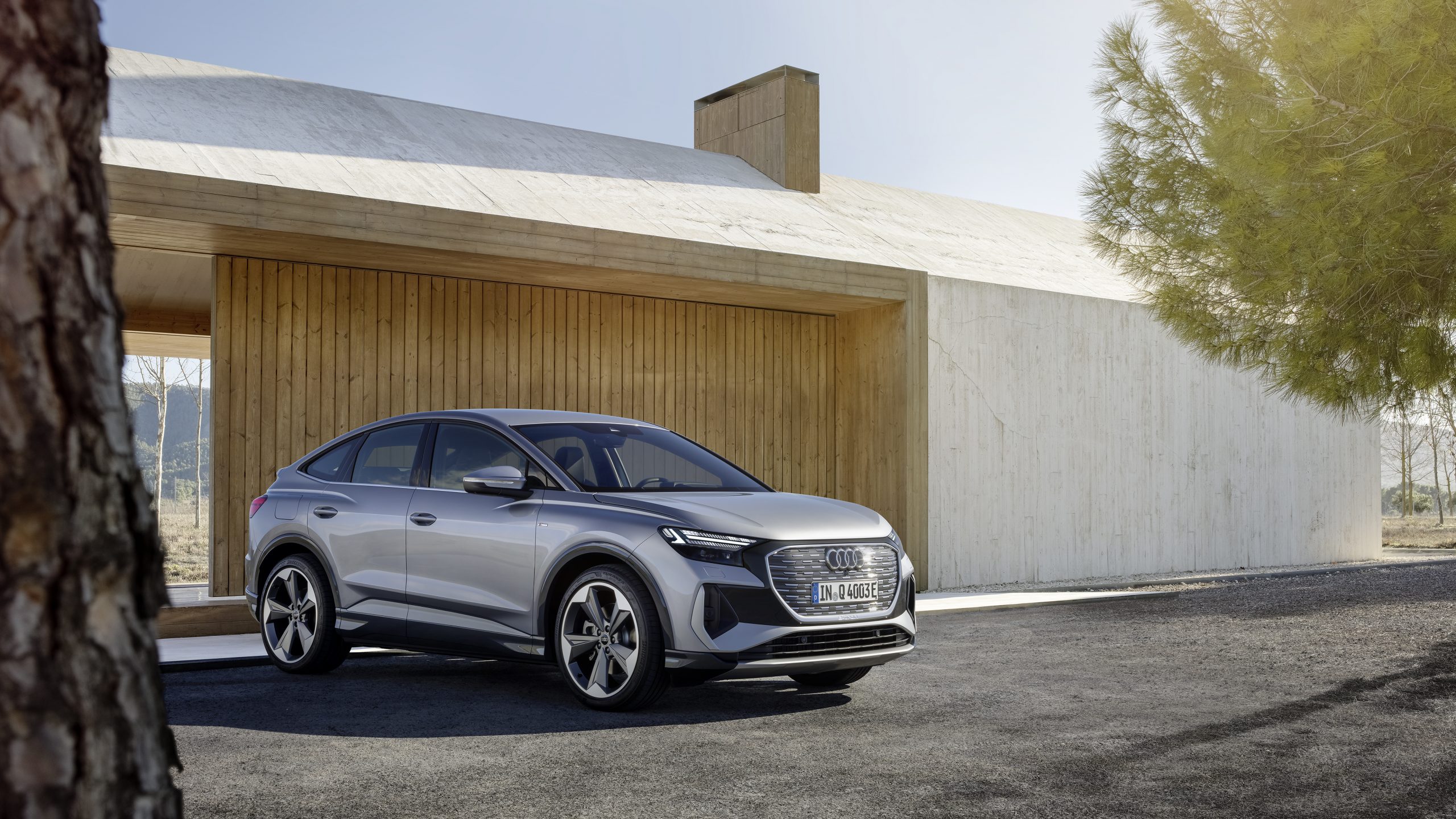 The top-spec Q4 50 trim has a 77.0kWh battery-pack and two electric motors – one at the front and one at the back, meaning it will produce nearly 300hp and 339 lb-ft of torque. Since both, the Q4 50 e-tron and Q4 50 Sportback e-tron are top-of-the-line variants, you also get Audi’s sensation Quattro AWD system. The Q4 50 will get you a range of 488kms, whereas the Sportback model will get you close to 500kms.

As is the case with every other model of the same family, the Q4 e-tron too borrows some styling hints from the e-tron crossover like the faux hexagonal front grille, and a full-width LED taillight bar at the rear. While both, the Q4 e-tron and Q4 Sportback e-tron look virtually the same from the front, switch to the rear and you see a coupe-style roofline with a spoiler splitting the glass, perhaps its best feature design-wise.

You can choose any of the three wheel options starting from 19-inchers to 21s and up to eight exterior color options but, to my surprise, there is a possibility that Americans won’t get Audi’s Matrix LED headlights as it is still not legal there.

Both the models of the Q4 e-tron come with a 10.1-inch MMI touchscreen as standard with an all-digital instrument cluster. However, should you feel the need to upgrade, Audi is offering an optional 11.6-inch display with advanced MMI Plus setup and wireless Apple CarPlay and Android Auto compatibility. 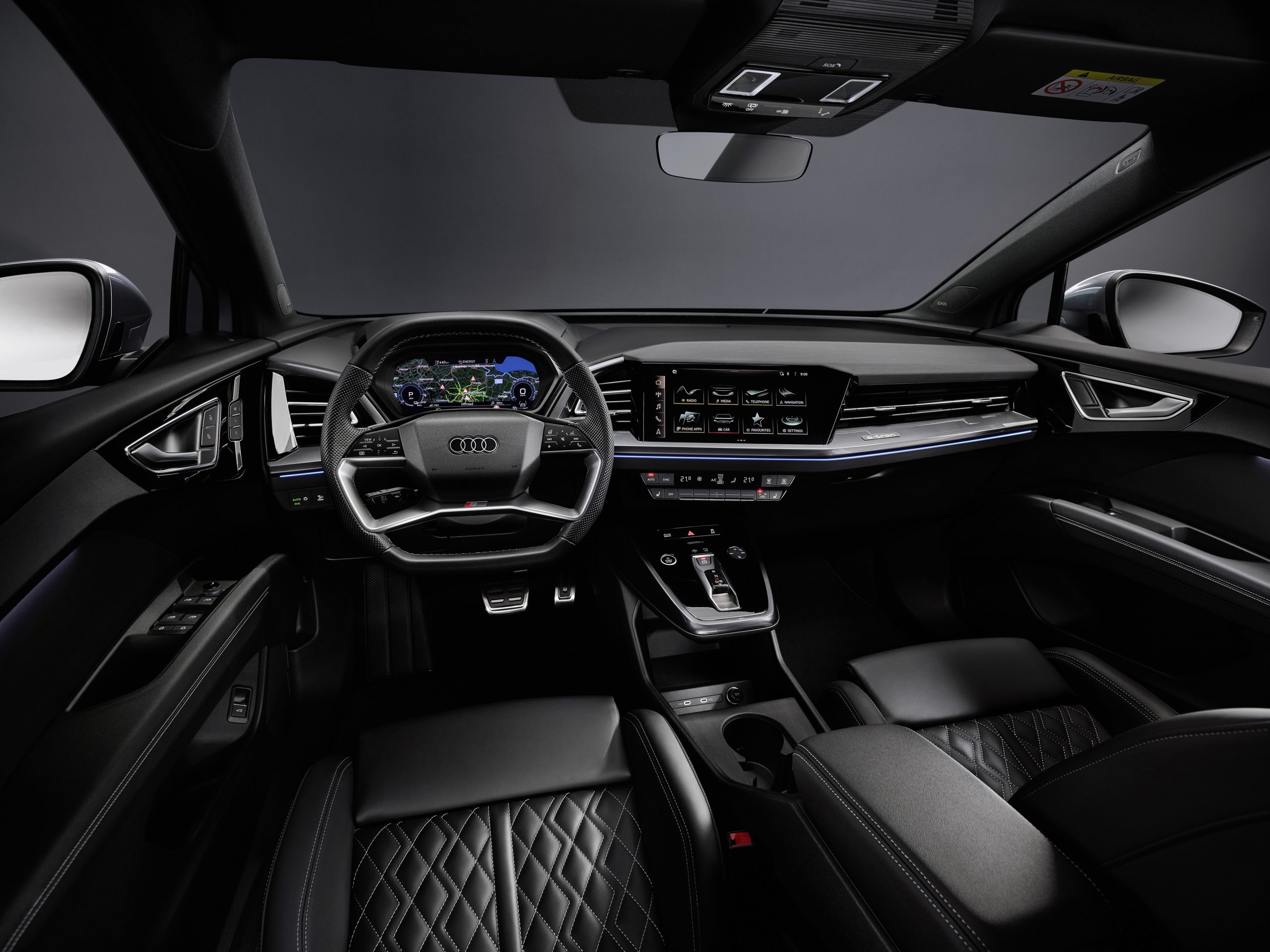 Now, according to Audi, the optional 11.6-inch screen is the largest screen offered on any Audi to date which comes with its set of unique features like the “Hey, Audi” voice assistant, and an optional AR HUD.

Kia Seltos iMT to be introduced to lure automatic car buyers on a budget.