The 812 Superfast is a masterpiece in its own – angry looks, eardrum-pleasing sound, a proper Ferrari of all sorts so, what else one could ask for? In Maranello, it was a different scenario altogether. Enter the all-new, limited-edition 812 Competizione and 812 Competizione A. If you know Ferrari, you know their high end machines with a new badge name are absolutely limited editions. How limited? Well, they say 999 units were reserved for the Coupe while the Aperta was limited to 599 units. So, 1598 units in total.

Both the versions of the Competizione have the same, 6.5L, V12 motor churning out 818hp capable of going till the 9,500RPM mark. To increase performance, Ferrari has replaced the steel connecting rods with lighter, titanium units, added diamond-like carbon to the piston rings to reduce internal friction, shedding weight from the crankshaft, and has given them a new set of cylinder heads to let the pistons suck more air efficiently.

The engine comes mated to an F1-derived 7-speed DCT, twin-clutch, which makes the gear changes 5% quicker. There are several aerodynamic tweaks too, given to both the versions to help keep the engine bay and brakes cool should you abuse it the way it is intended to. 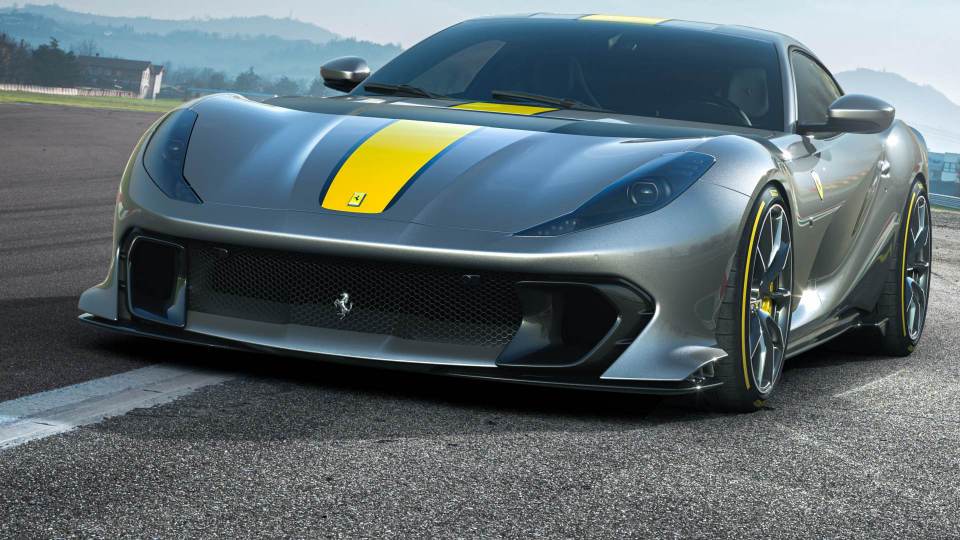 Other updates over the ‘standard’ 812 Superfast include – independent four-wheel steering, the latest, 7.0 version of the Italian carmaker’s Slide Slip Control traction management system, required to oversee the new four-wheel steering. There has also been a lot of weight reduction thanks to lighter, forged aluminum wheels, plenty of carbon fiber trim. One can even bring in carbon fiber alloys to help eliminate a further 3.7kgs.

The performance figures of the 812 Competizione are unsurprisingly extraordinary – 0-60 is hit in 2.85 seconds, with reaching 124mph from a standstill takes an impressive 7.5 seconds while the top-speed is 211mph. Around Ferrari’s racetrack, Pista di Fiorano, the 812 C is said to be 1.5 seconds quicker than the 812 Superfast and only 0.3 seconds slower than the LaFerrari. The 812 Superfast had a ‘Ring lap time of 7:27 so, if anything, the 812 C is said to be roughly 40secs quicker which isn’t mental because the 812 Competizione is much more clever and better than the Superfast in many ways. Though, don’t take our word for it. Thanks.

Out in the front, you get a new bumper, with wider air intakes and a deeper splitter, which Ferrari says improves the cooling of the 812’s revised ‘aero’ calipers first seen on the SF90 Stradale. There’s also a large carbon fiber blade now integrated into the bonnet which helps in eliminating hot air from the heart. Ferrari says the cooling is 10% quicker over the 812 Superfast. 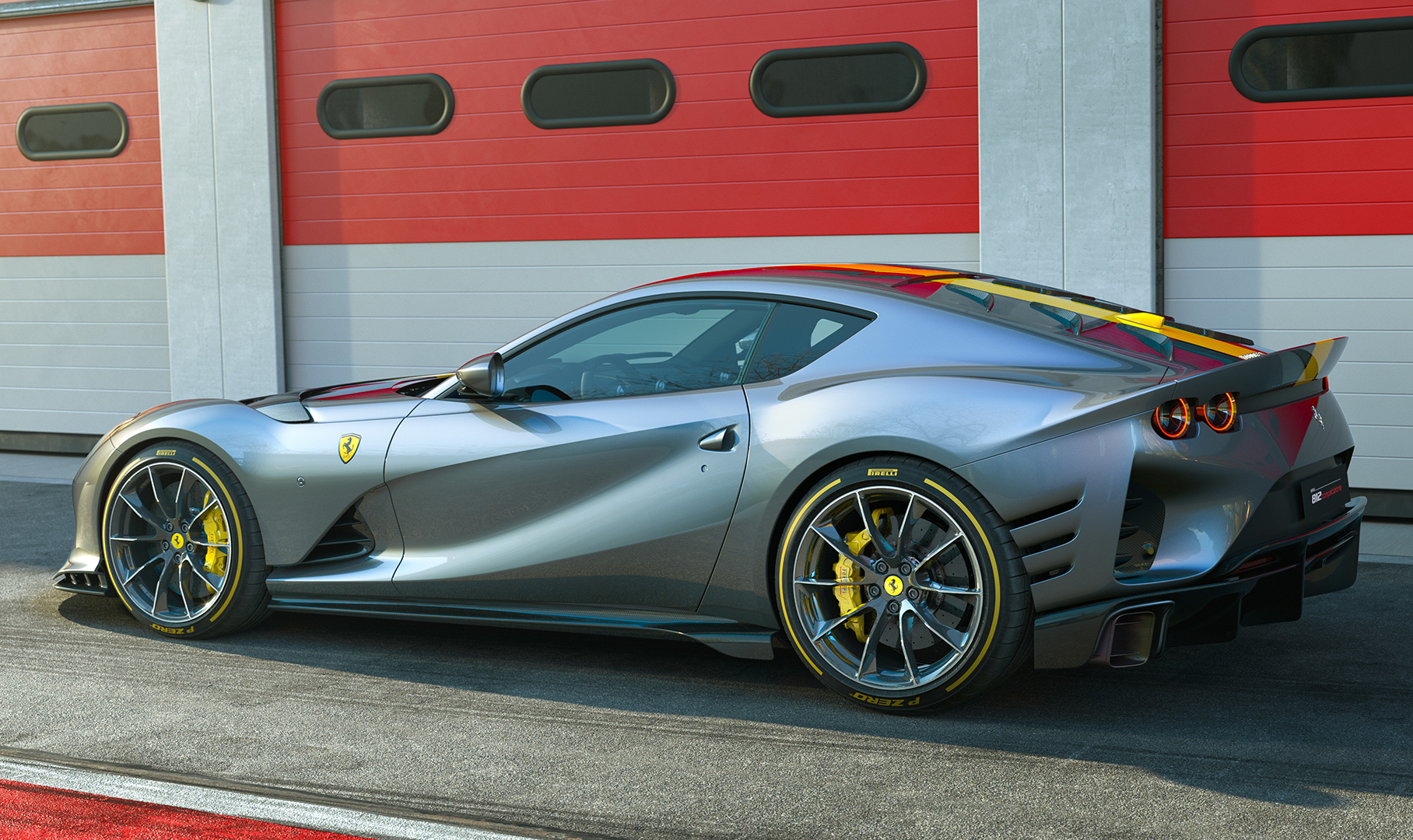 Switch to the back and this is where the most evident updates have been made – the rear window has been replaced by an aluminum panel with vortex generators, saving yet more weight over the standard glass. There is a large lip spoiler, a new diffuser with larger tunnels, and an all-new twin-exit exhaust system.

As for the Competizione A, the front-end stays the same but since it’s an Aperta, the rear has been designed in a manner to incorporate the different roof design – features carbon fiber roll-over hoops and a sleek cover that houses the removable roof panel. 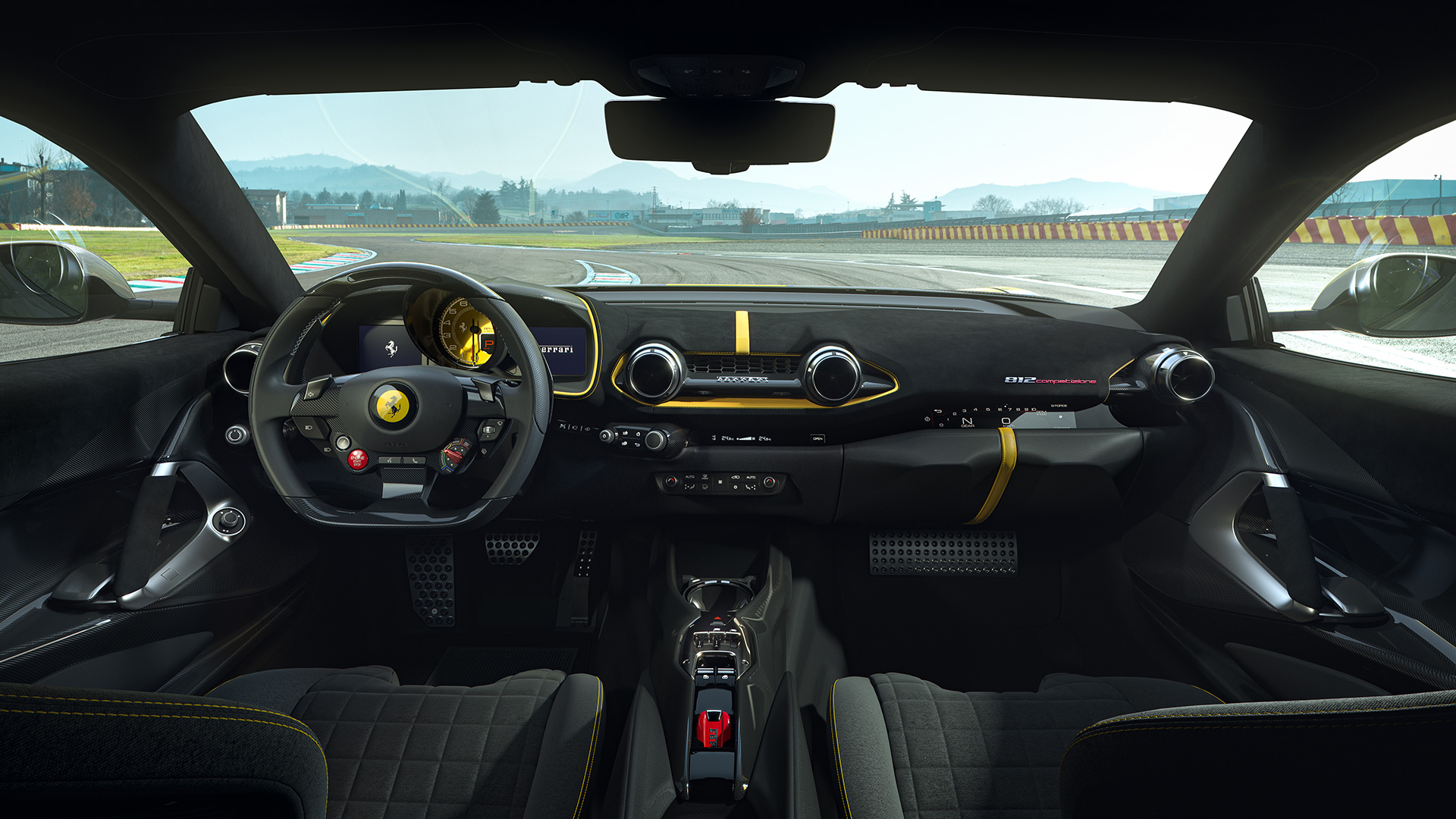 The interior is one such factor that isn’t a concern (and shouldn’t even be because, V12) for Ferrari and that is evident in both the versions as the dashboard, steering wheel, and infotainment system are all carried over from the Superfast.

Do you still think the limited editions will be up for grabs? Well, Ferrari did announce pricing for the Italian market – €500,000 for the coupe and €578,000 for the Aperta but, as is the case with every other limited-run model bearing the Prancing Horse badge, all the units are reported to be sold-out. It seems like even God wanted to hear the soul-satisfying, naturally-aspirated V12 for one last time and Ferrari granted him that wish…