Revealed in hatch and saloon forms, the RS3’s 2.5L, the turbocharged in-line-5 engine was named an International Engine of the Year on nine consecutive occasions. Now, in the 2022 model, it produces 401hp and 369 lb-ft of torque via a 7-speed DCT to both the axles. The end result is a 0-62 in just 3.8secs a tad quicker than the Mercedes-AMG A45 S 4Matic. I think Merc’s naming pulls it behind tbh!

Thanks to the engine’s 1-2-4-5-3 firing order coupled with a new noise-control flap in the exhaust opening at different revs and an optional RS sports exhaust, it makes for an “incomparable sound.” 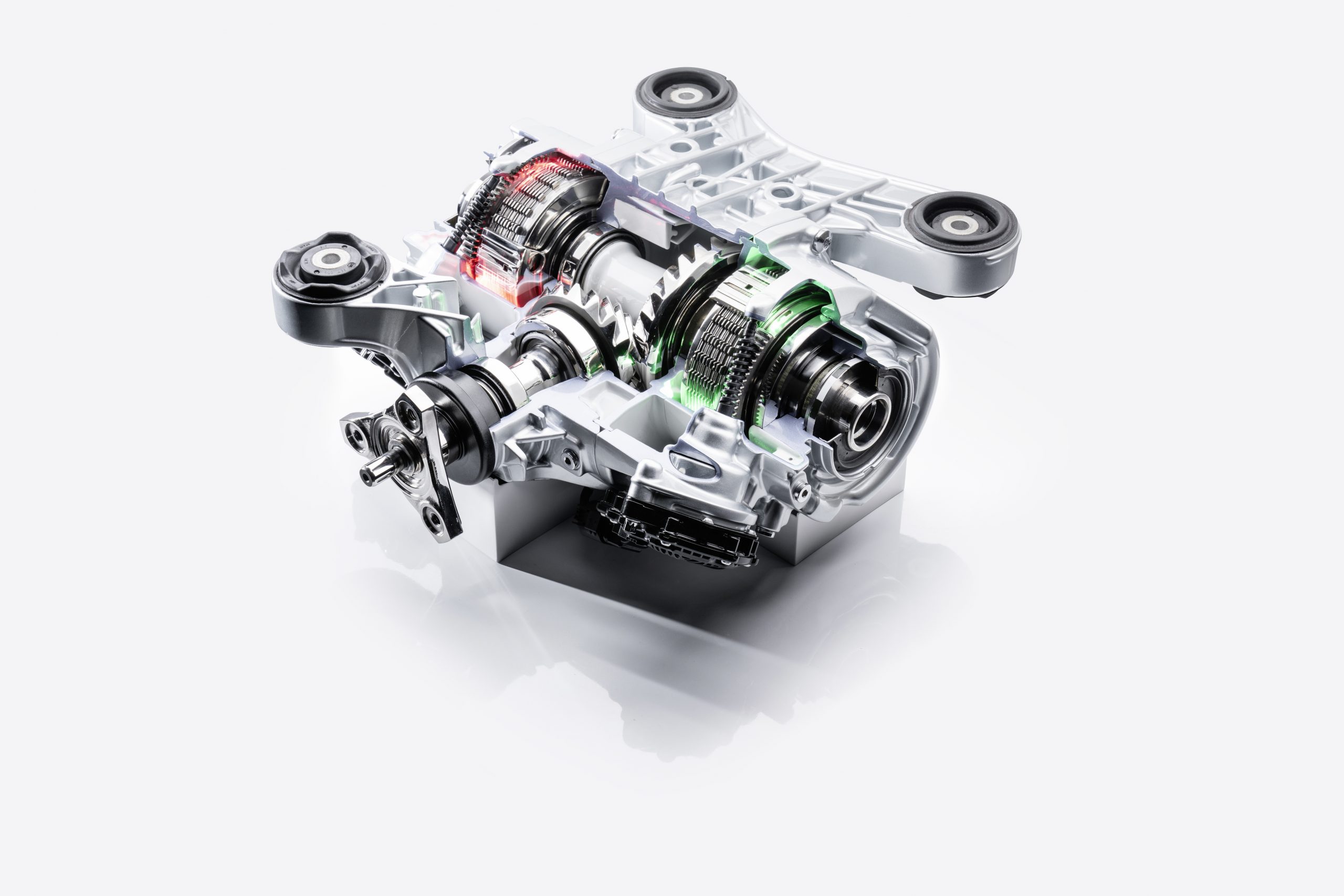 The talk-of-the-town is the 3rd gen RS3’s Torque Splitter, which comprises a pair of electronically-controlled multi-disc clutches to better distribute the power across the rear axle. This results in reducing understeer under hard cornering but also allows for “controlled drifts” in the RS Torque Rear mode where the system sends up to 1291 lb-ft of torque to each rear wheel as required.

Chassis-wise, upgrades over the previous-gen include more responsive shockers with an RS3-specific valve system, increased wheel camber for more precise steering, and a modular vehicle dynamics controller which monitors lateral movement across drivetrain and suspension components to better modulate the torque output.

The new RS3 gets larger and newly developed six-piston steel brakes to keep the power of the five-cylinder engine in check. A ceramic brake system measuring 380 by 38 mm is optionally available on the front axle with a pedal characteristic curve specially adapted to the brake booster. The 14.8-inch front discs are standard, but the carbon-ceramic discs measure 15-inches, and both the ‘variants’ have better cooling and larger brake pads. 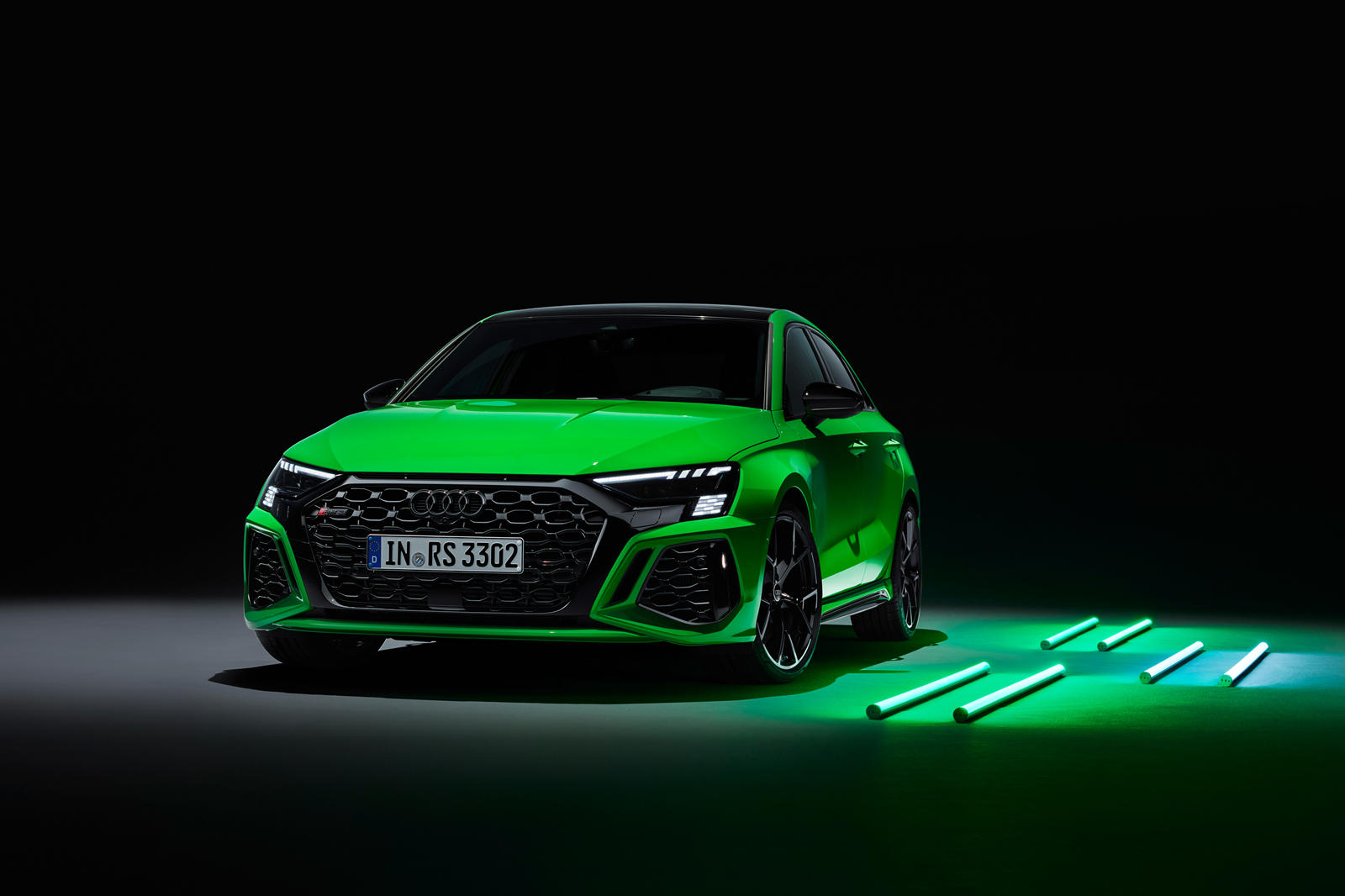 Those who opt for ceramic brakes can choose between gray, red, or blue brake calipers. Those who prefer the steel version can order red calipers instead of the black ones. Driving modes for the new RS3 range between comfort, auto, dynamic, RS Individual, and efficiency. To make it one better, Audi also offers the 2022 RS3 with semi-slick Pirelli Trofeo R tyres, should you opt for the 19inchers (5‑Y spokes) with RS branding. As standard, you get 19-inch cast wheels in a 10-Y spoke design.

Design-wise, the RS3 is essentially a beefed-up S3, with a more aggressive and futuristic look than its predecessor. The front has a wide RS bumper, the redesigned Singleframe with its distinctive honeycomb grille, and the large air intakes giving the compact sports car an expressive appearance. As standard, you get flat, wedge-shaped LED headlights and LED taillights including dynamic turn signal lights. Select the optional Matrix LED headlights, and you get darkened bezels that feature digital DRLs around their outer downturned angles. 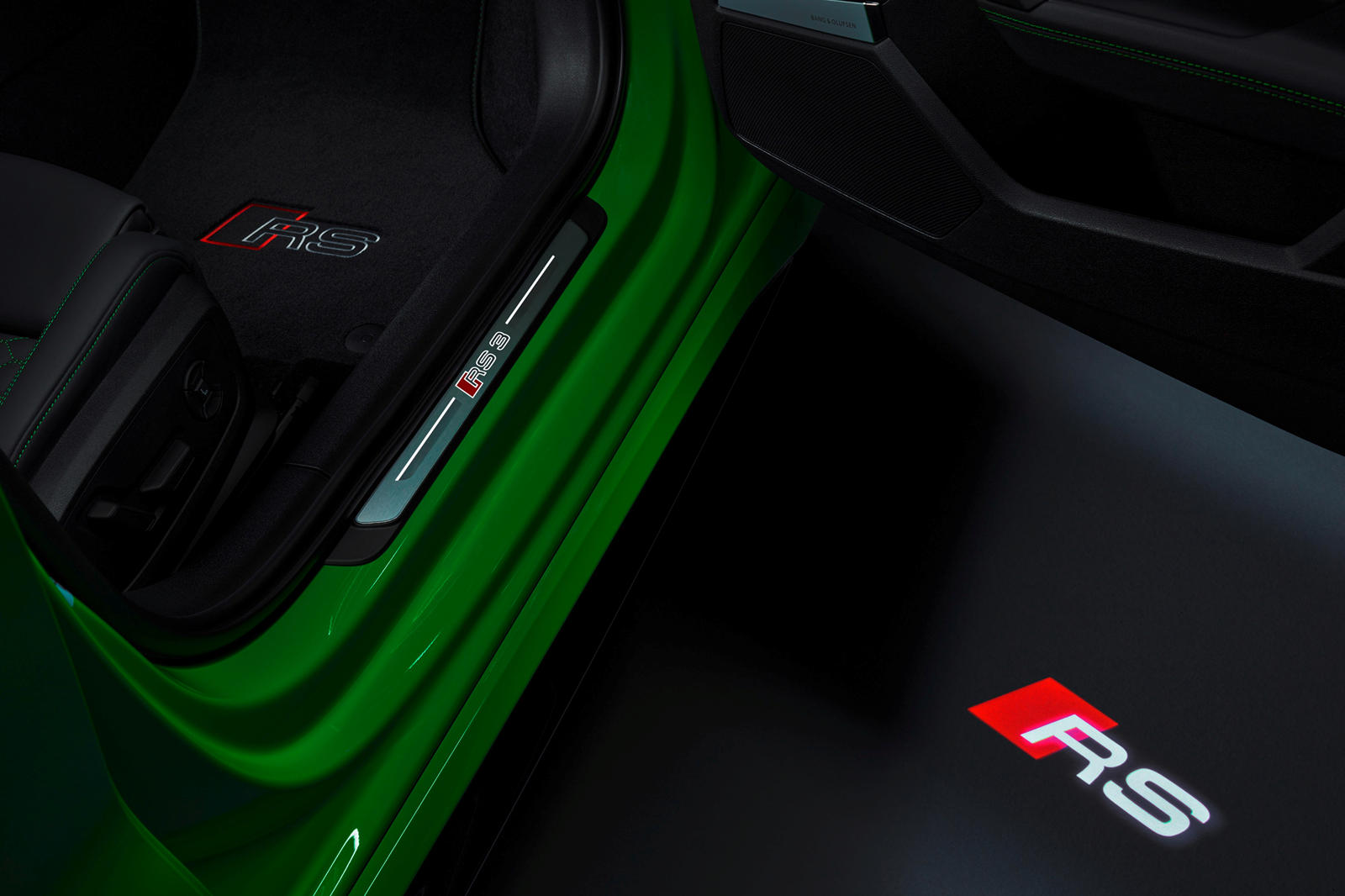 Oh, and yes, with its pixel field of 3 x 5 LED segments, it provides an unmistakable look – a checkered flag appears in the left headlight as a dynamic leaving and coming home scene, which, when driven, lights up on both sides. The motorsports-inspired finishing touches include the redesigned RS-specific rear bumper with integrated diffuser and the RS exhaust system with two large oval tailpipes.

Both the new RS3 models can now be had in two exclusive RS colors: Kyalami green and Kemora gray. The roof of the saloon can also be ordered in the contrasting color Brilliant black for the first time. The Alu-Optic Trim package is available as an option and accentuates the front bumper, diffuser insert, and window trim.

On the interior side of things, the improvement has been massive – you have Audi’s 12.3-inch Virtual Cockpit digital instrument cluster with a bar graph display for power and torque with even a shift light when the ‘box is in manual mode. An optional Virtual Cockpit Plus feature adds performance displays for g-forces, lap times, and acceleration runs. The RS 3 also comes with a 10.1-inch infotainment touchscreen that can also show additional gauges. 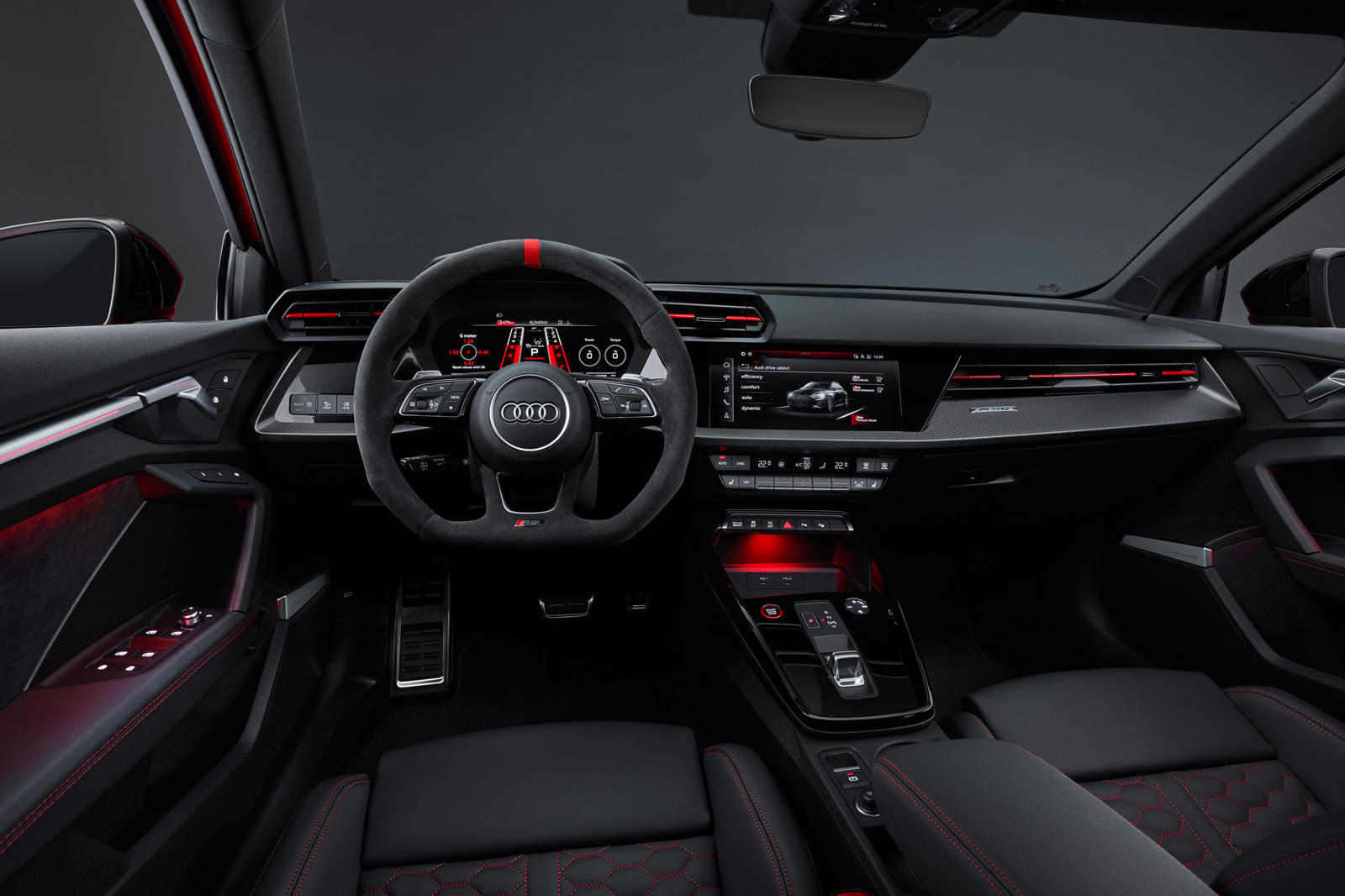 Elsewhere in the cabin, you have carbon fiber, sport seats, and embossed stitching with buyers having an option or two to spec leather with contrasting stitching in black, red, or green. RS Design packages are also available to match with seat corners, seatbelts, and air vent accents.

“With the third generation of the Audi RS 3 Sportback and the second generation of the Audi RS 3 Sedan, we now offer premium sports cars that are suitable for everyday use and equally thrilling to drive on public roads and racetracks,” says Sebastian Grams, Managing Director of Audi Sport GmbH. “They represent the entry point into our RS world and, thanks to the torque splitter, the ultimate in an outstanding performance in the compact segment.”

Both the Sportback and Sedan/Saloon variants of the new RS3 will be available to order in Europe by mid-July 2021, so it is time now. The new RS 3 models will be launched in the fall of this year. The base price for the RS 3 Sportback is set at 60,000 euros, while the RS 3 Sedan is listed at 62,000 euros.

Hyundai registers AX1 micro-SUV under the Casper nameplate; launch scheduled in Q4 of 2021 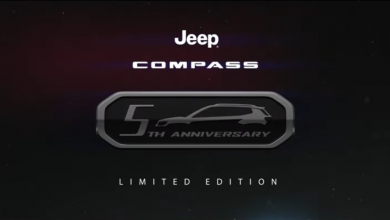 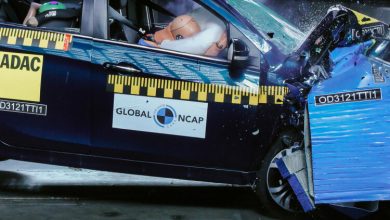 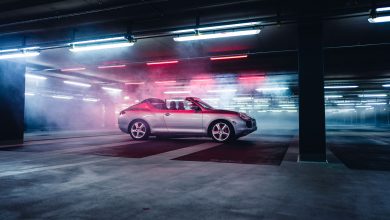 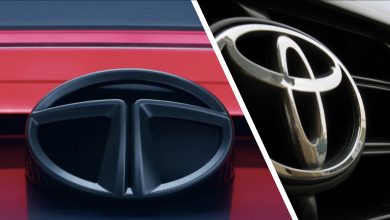