Lamborghini has unveiled the modern-day iteration of the iconic Countach. The Countach LPI 800-4 pays homage to the iconic Italian car, which had given birth to the supercar segment 50 years ago. This mild-hybrid beauty on wheels is limited to just 112 left hand drive units worldwide, however, each one of them has already been sold. 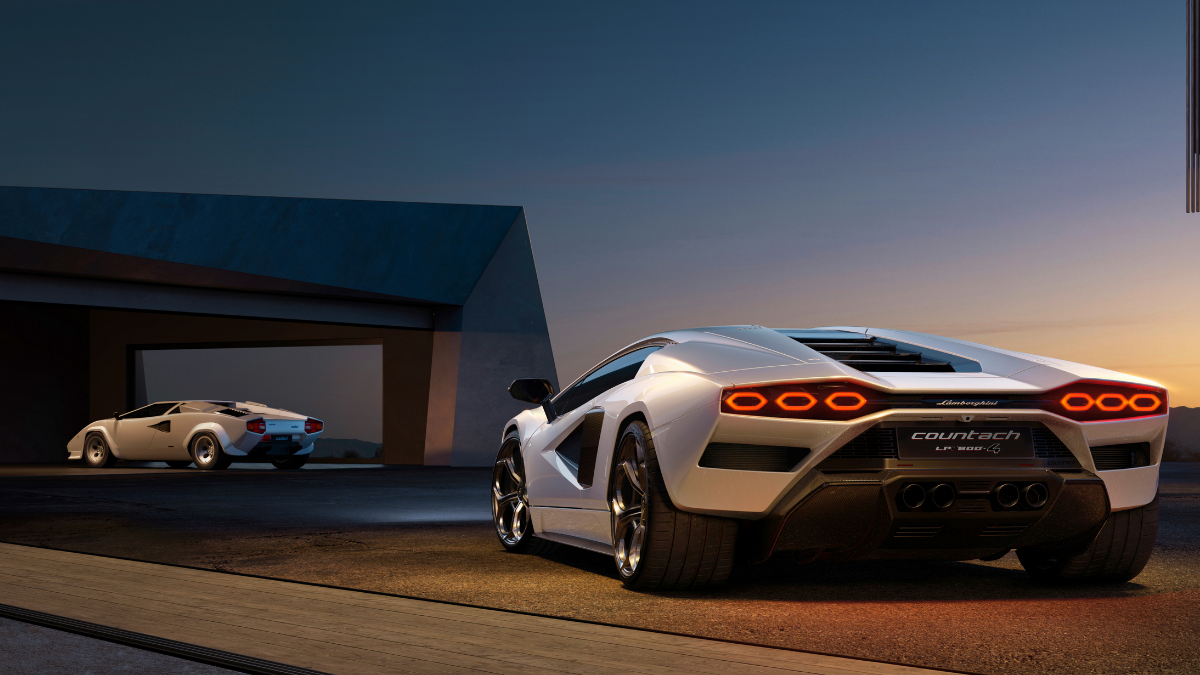 In terms of design, the LPI 800-4 looks like what the original Countach should have looked like in the present day. With its neo-retro styling, Lamborghini has retained some of Countach’s old demeanour. It has a distinctive silhouette with the essential line running from front to rear, taken in its cleanest form from the LP500 Prototipo concept that debuted in 1971. 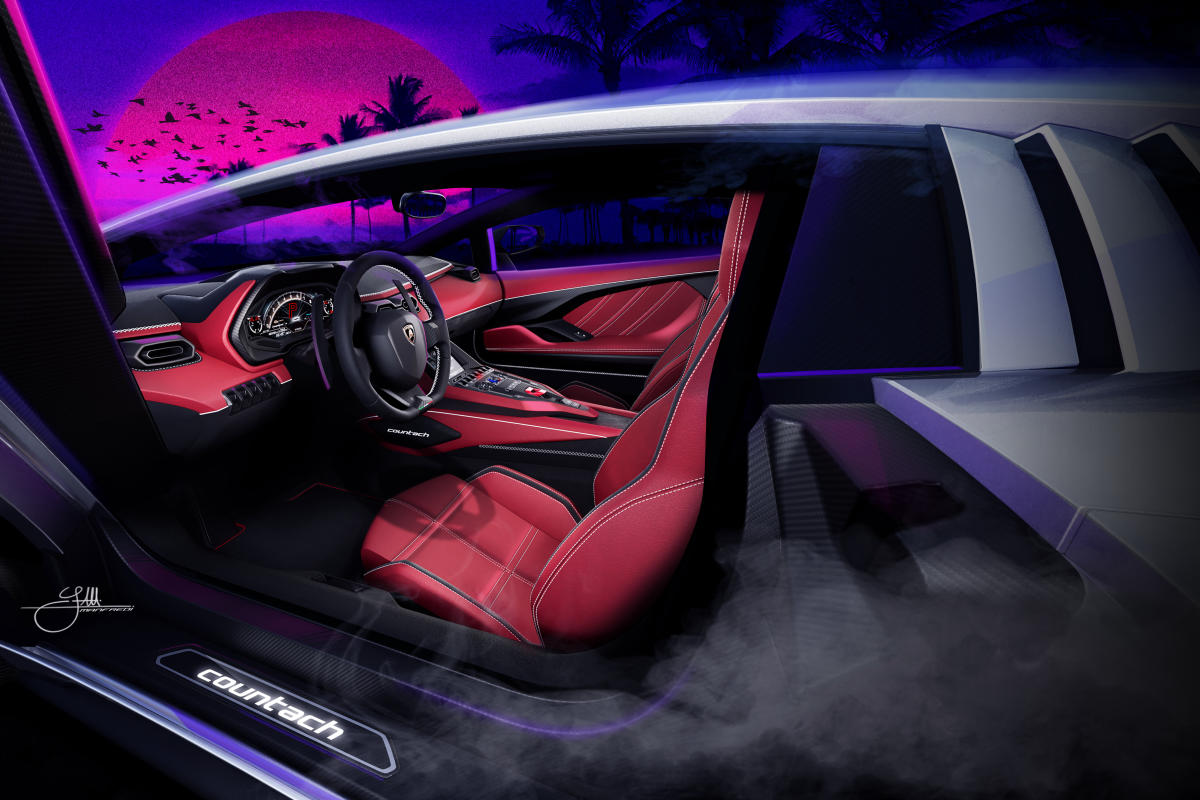 The front facia looks inspired by the LP5000 Quattrovalvole from the mid-80s with that razor-sharp sloping nose and super-sleek horizontal grille. However, like the LP5000, there are no pop-up headlamps but the original Countach concept didn’t have those either, so Lamborgini has stayed true to heritage in that respect. 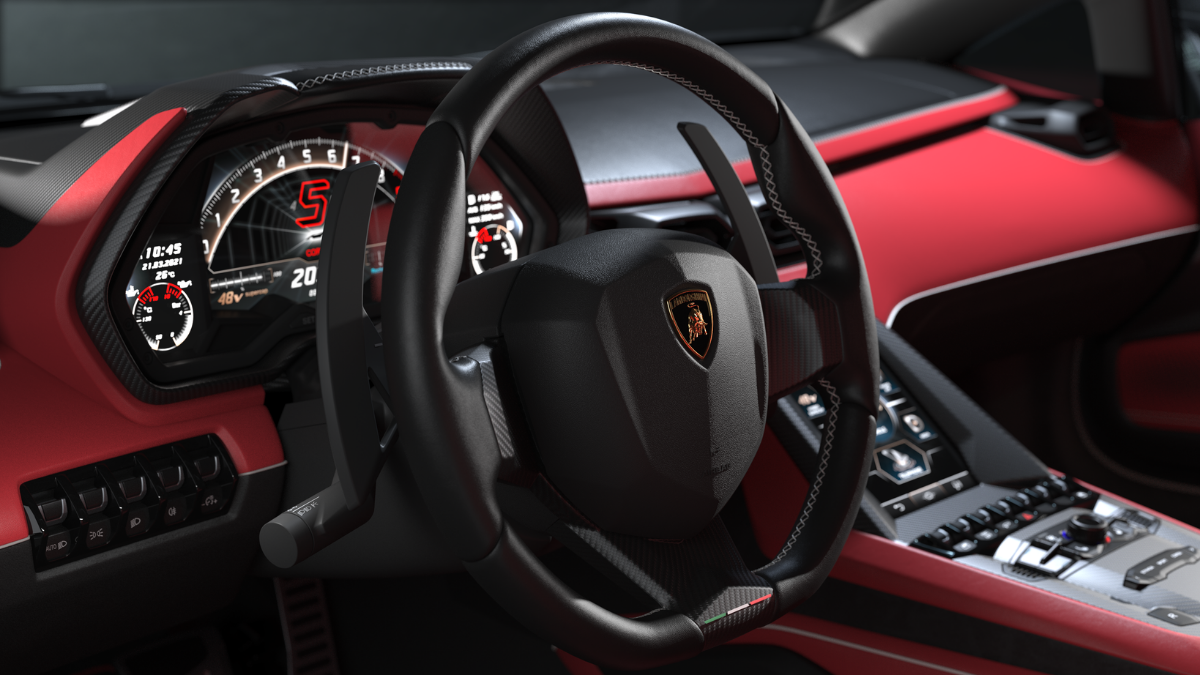 The Countach LPI 800-4 incorporates the signature Periscopio design motif that came from the periscope-style rear-view mirror in the 1974 LP400 production version. This arrangement of a triangular compartment to highlight the engine has remained a trait on every Lamborghini since. The new Countach borrows heavy design cues from the original which are clearly reflected in the NACA air duct on each scissor-doors and those wheel arches which houses the 20-inch front and 21-inch rear alloys. 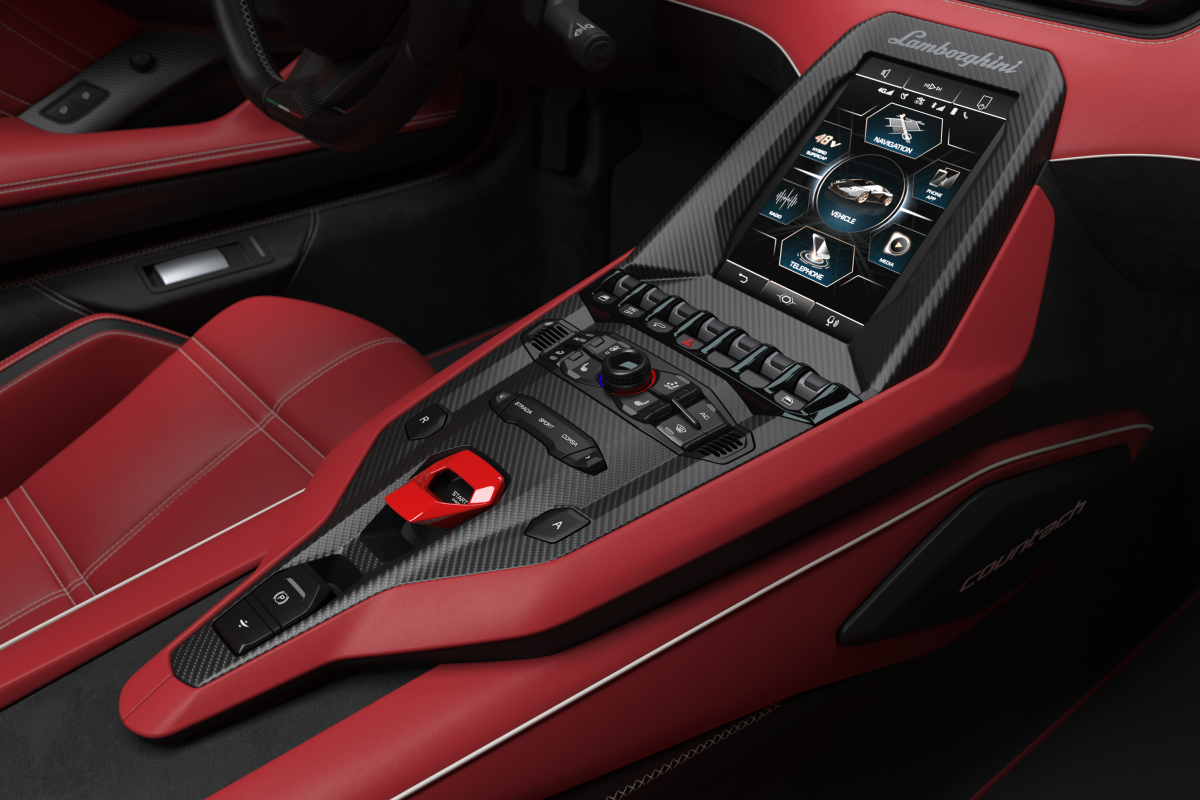 Looking at the back, the inverted-wedge shape rear sports tail lamps will instantly remind you of the Lamborghini Sian. With the deeper edges and the lower section of the bumper, the rear section houses the three-part LED taillamps and the four-pot exhausts. Lamborghini is giving a range of heritage exterior paint options which mostly consist of solid colours mimicking the original supercar. However, more options are available from its customisation program. 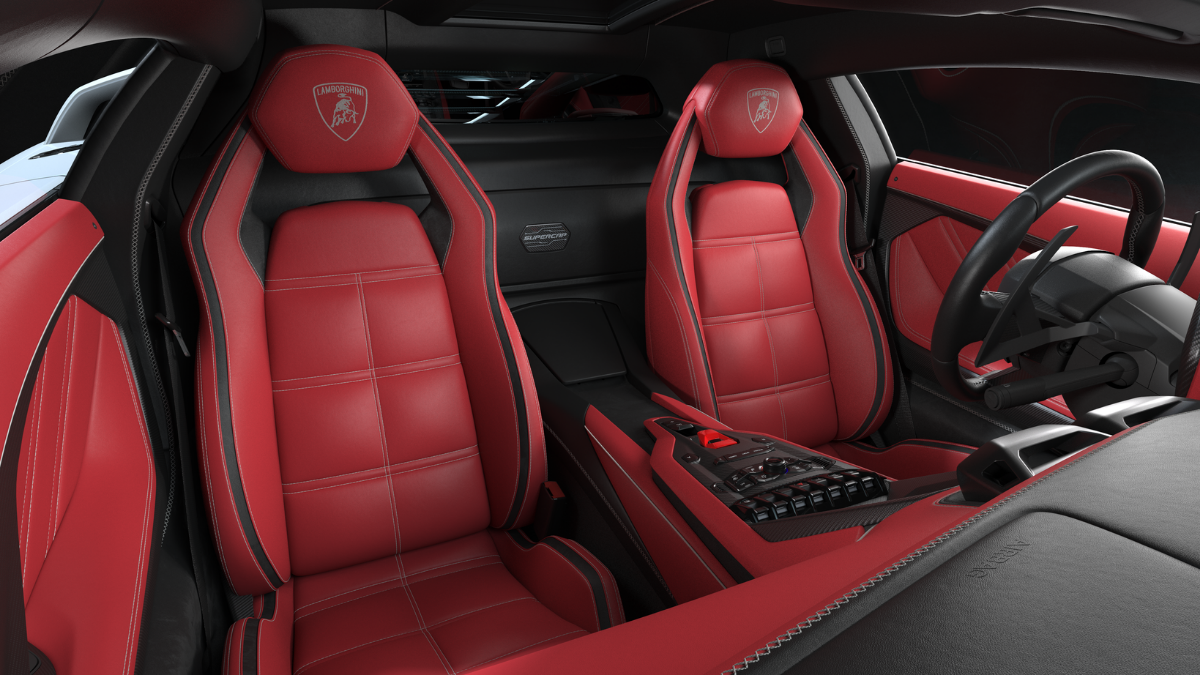 Stepping inside the cabin, the Lamborghini Countach is as modern as it gets with a digital instrument panel and an 8.4-inch HDMI centre touchscreen. It supports Apple CarPlay among other features. The seats, dashboard, door pads, everything is draped in the finest of leather complementing the overall look of this beauty. The new Lamborghini Countach LPI 800-4 is powered by an aspirated V12 engine that has been combined with Lamborghini’s hybrid supercapacitor technology. The 6.5-litre engine has been combined with a 48-volt e-motor that has been mounted directly on the gearbox. The powertrain on its own generates a power of 769 hp, while the electric motor adds 34 hp more, which takes the total power of the car up to 803 hp. The power goes to all four wheels of the Countach through a seven-speed gearbox. The e-motor is powered by a supercapacitor providing three times more power compared to a lithium-ion battery of the same weight, says the luxury automaker. 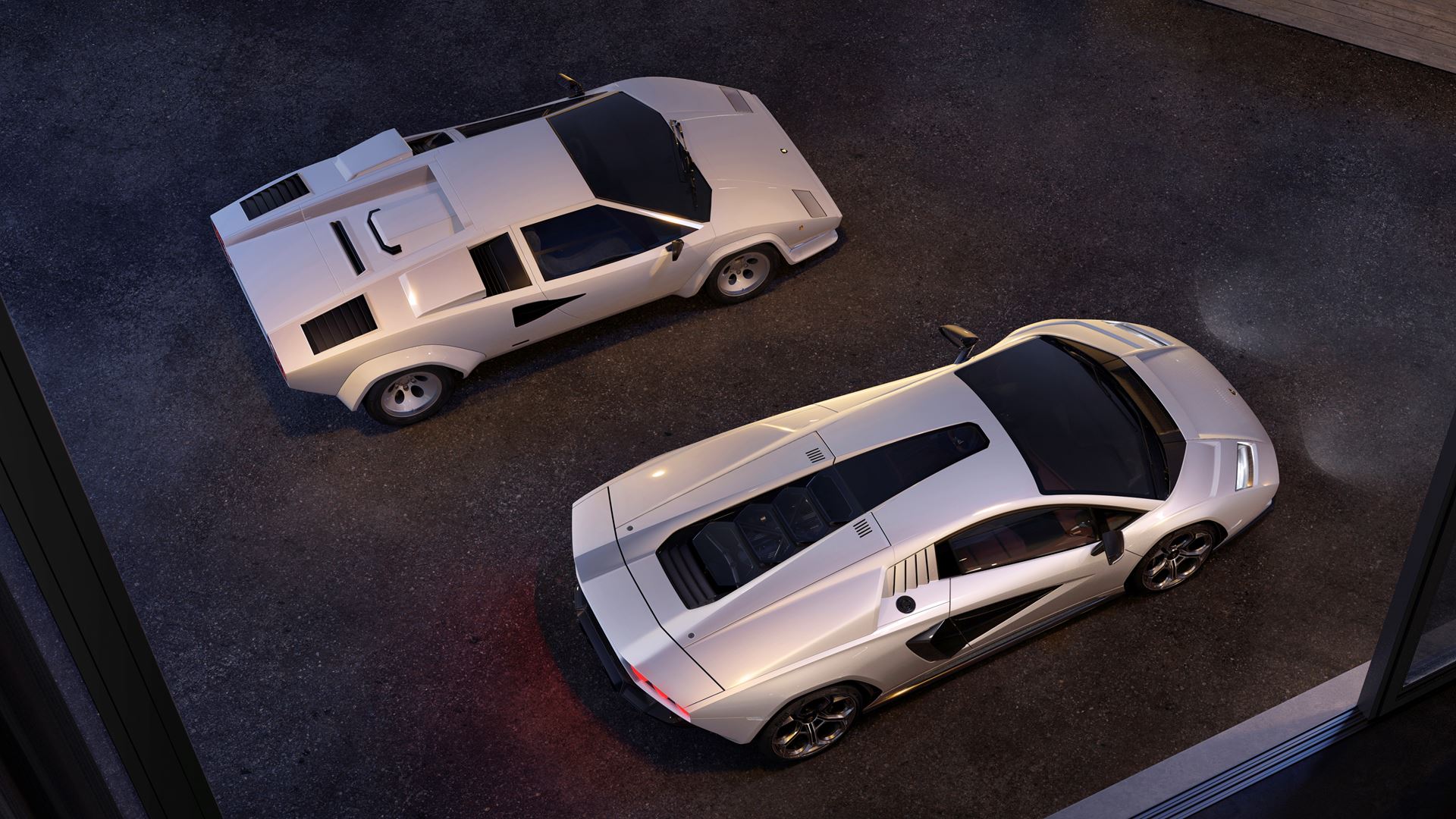 Lamborghini chief technology officer Maurizio Reggiani says that the engineering team that developed the original Countach pushed the company’s technical approach to deliver unexpected innovations and the best performance available in a production car. “That spirit inherently drives Lamborghini R&D, resulting in the pioneering hybrid technology in the LPI 800-4, and the emotive driving experience and top-line performance expected from a flagship V12 Lamborghini,” he adds.

Acura is reviving the Integra!