The most stalked Indian SUV of 2021 is here. Mahindra has finally revealed the much awaited XUV 700 today. This wait felt like an eternity, no kidding. The new Mahindra flagship is quite late but to compensate for its delay, it packs in several class leading and first-in-segment features.

It won’t be an overstatement if we say that Mahindra has thrown everything it could with the XUV 700, to gain back it’s lost share of the SUV market. The XUV 700 embarks the beginning of Mahindra’s new journey and its the first product from the Indian automaker to wear the brands new “Twin Peaks” logo that will be used for its new age SUVs. 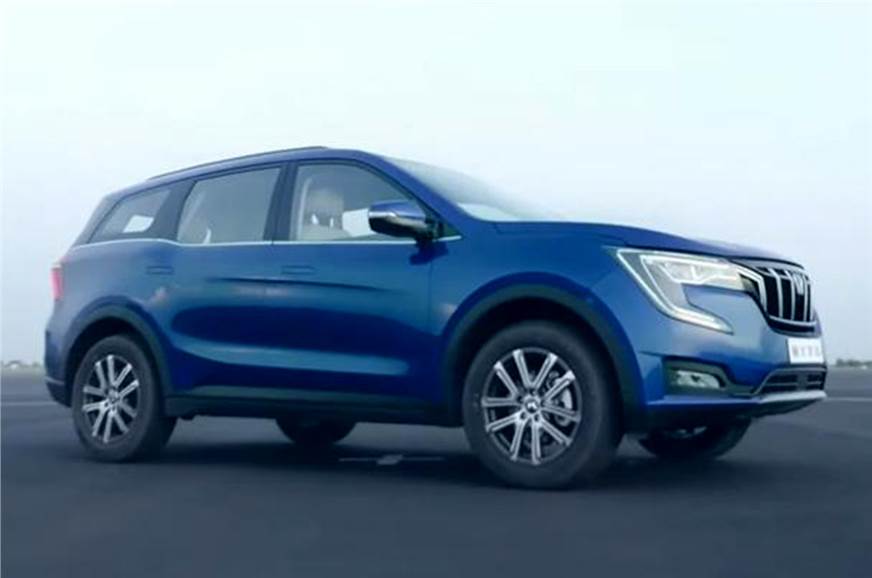 The XUV 700 is based on Mahindra’s new W601 platform. In terms of design, the SUV bears visible resemblance to its predecessor XUV 500. However, there are plenty of distinctive elements to distinguish the XUV 700.

The blacked-out grille on the front fascia has a new design with an outward bent vertical chrome bars. It is flanked by new auto booster LED headlights that are surrounded by massive C-shape DRLs which drop down into the bumper. The front bumper houses the sleek fog lamps placed on the edges and a two slot horizontal air intake in the centre. 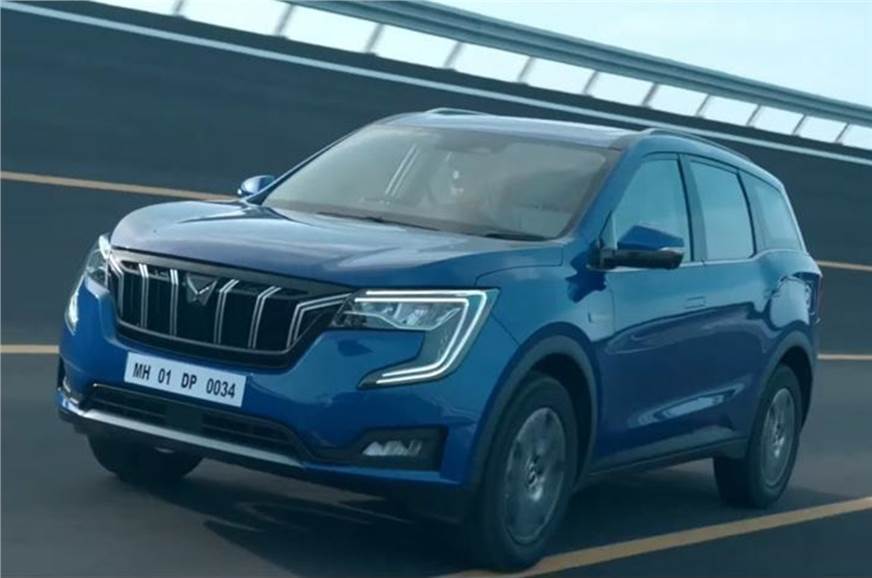 On the side, the doors have new first-in-segment flush pop-out door handles and prominent wheel arches which house the twin five spoke alloy wheels. The angular tail-lights on the rear complete the XUV 700’s upright muscular look. 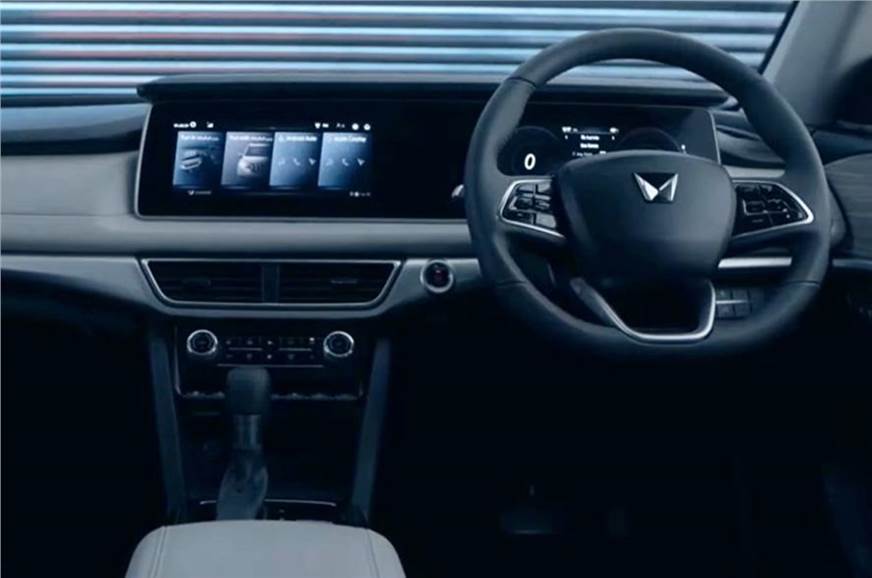 Stepping inside the cabin, the passengers are greeted with many class leading features. The dash area flaunts a massive single panel housing dual 10.25-inch screen layout which serves as instrument cluster and infotainment unit.

Moreover the cabin has modern amenities like wireless charging, dual zone automatic climate control, panoramic sunroof. Mahindra has also packed in a custom-built Sony 3D surround sound system with 12 speaker setup to enhance the luxury feel of the cabin. Mahindra is offering the SUV in two seating options – a 5-seater with captain seats in the middle row and a 7-seater with bench seating. 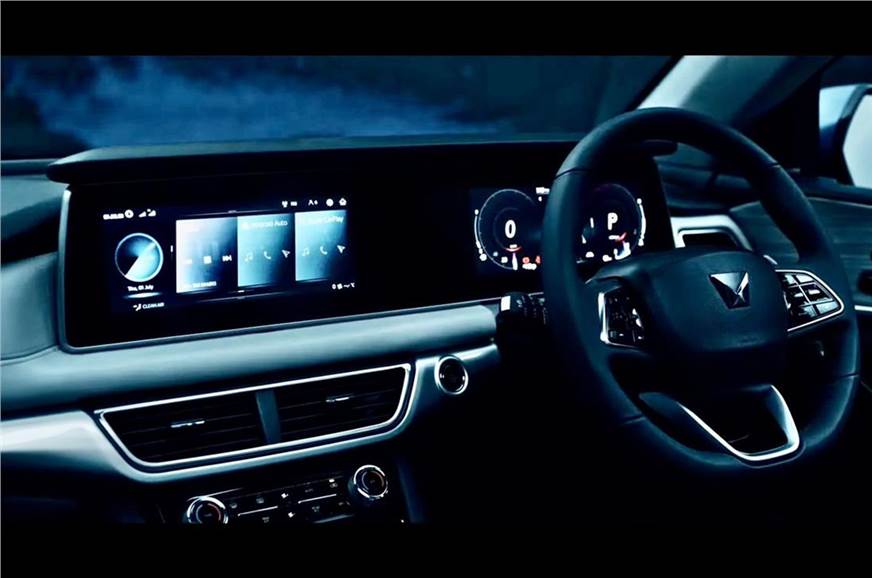 The XUV 700 comes as petrol as well as diesel variants with most powerful engines in the segment. The 2.0-litre, four cylinder, turbo-petrol Mahindra mStallion engine churns out 200hp and 380 Nm. Other engine options come as a 2.2-litre, four cylinder mHawk turbocharged unit with two power output tunings.

The entry level lower state unit generates 155hp and 360Nm, while the more powerful mil will produce 185hp and 420 Nm (450 with automatic gearbox).

There also four drive modes on the diesel variants called Zip, Zap, Zoom and Custom (Kudos to the Mahindra team for such naming schemes). Mahindra has mated the engines with either a 6-speed manual or a 6-speed automatic gearbox, however lower-spec diesel will only be available with the manual transmission. The XUV 700 will also come as an all-wheel-drive model.

Mahindra will offer the SUV in two series – MX and AdrenoX (AX). The MX series has a single MX trim and will be available with a petrol engine and a lower powered diesel engine. 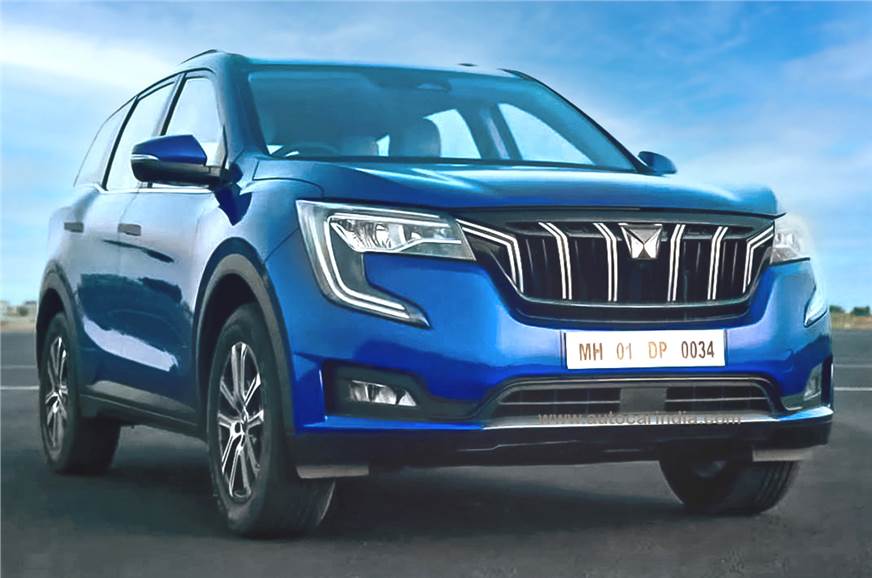 On the other hand, the AX series has three trims – AX3, AX5 and AX7. The AX3 gets a dual 10.25-inch screen layout, wireless Android Auto and Apple CarPlay connectivity, built-in Amazon Alexa virtual assistant and a 6-speaker sound system. 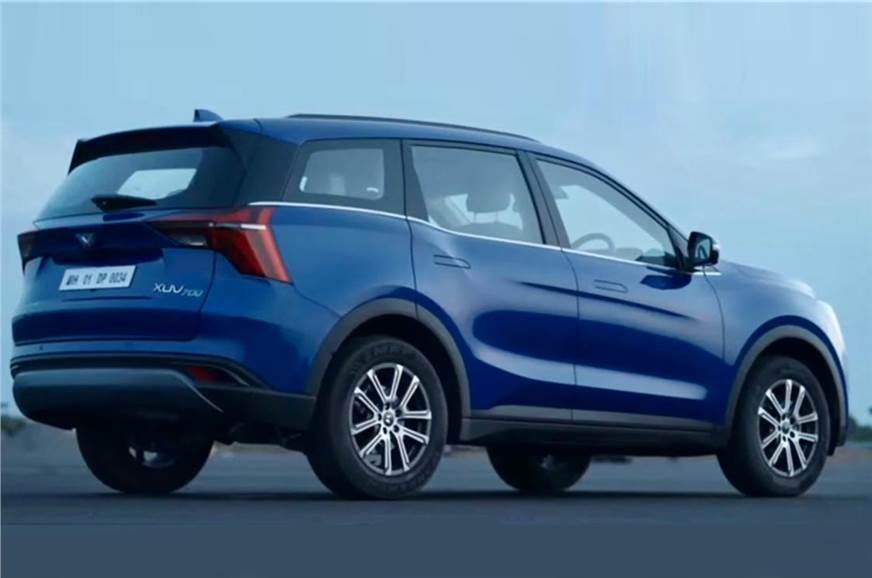 The top-spec AX7 trim gets all of the above and additional features like ADAS, dual-zone climate control, leatherette upholstery, 6-way power adjustable driver seat with memory function, seven airbags and 18-inch alloys.

In terms of safety features, Mahindra has also gone all out with the XUV700. The most highlighted feature in the new SUV is the ADAS (Advanced Driver Assistance Systems). It includes Forward Collision Warning (FCW) – which warns you of a possible collision and if you don’t react, it uses Autonomous Emergency Brakes (AEB) to stop the car. 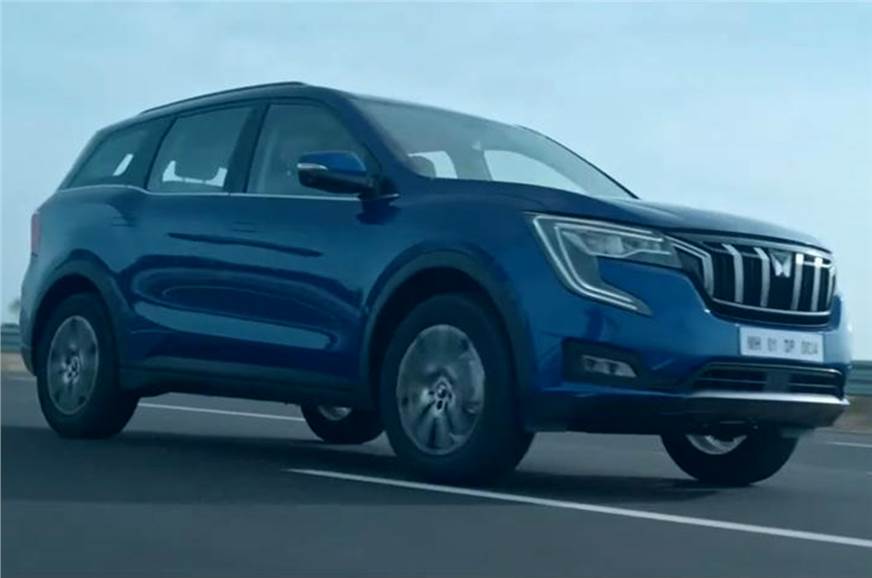 The carmaker has announced prices for the base MX Series models which come in at Rs 11.99 lakh for the MX petrol manual and Rs 12.49 lakh for the MS diesel manual. 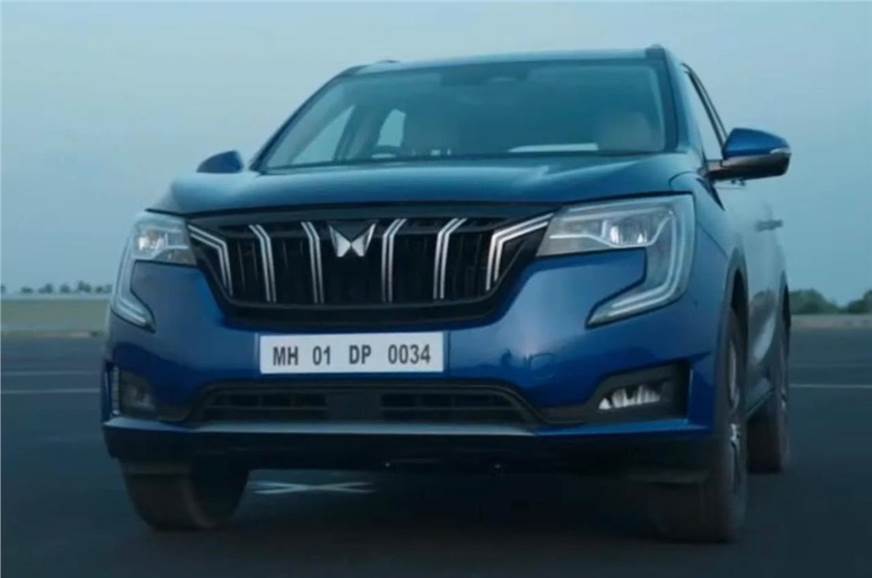 Mahindra has priced the XUV700 very aggressively and it will go up against formidable rivals like the Tata Safari, MG Hector Plus and the Hyundai Alcazar.