The 2020 Kia Sorento has been unveiled, and this update makes the Sorento look better than ever. The 4th generation Kia Sorento has finally been revealed, and it seems to have taken a lot of cues from it’s elder sibling, the Telluride. If you haven’t seen it well, the Telluride in itself looks like a very handsome brute. The Sorento, in the global line of Kia, has been placed above the Seltos, Sportage and the Stonic, but below the flagship Telluride. All these SUVs already a formidable force, and the addition of the 4th generation Sorento makes the SUV line up even better.

The Kia Sorento was originally released in the year 2002, and over the years it has evolved, but this 2020 update seems to be the most significant update. In my opinion, this has turned the Sorento into a whole new car inside and the out. The exteriors look much more aggressive and sharp, while the interiors appear to have become extremely plush, filled to the brim with all the technological features that one would desire. Furthermore, the updates are not restricted to the interiors and exteriors, as the Sorento becomes the first SUV in the Kia line up to be offered as a hybrid, and a plug-in variant.

The 2020 Sorento has received an update, and in my opinion, it is for the better. The front of the Sorento now has Kia’s latest ‘tiger nose grille’. Along with that, it also has ‘tiger eyeline’ DRL’s which puts the front of the car in immense focus, and would surely turn a lot of heads once this car hits the roads. The taillights resemble the Telluride, and have tall vertical LED lights, which are extremely attractive to look at. The lights by itself make this car have a solid appearance, and would surely feel very dominating, much like it’s elder sibling Telluride. 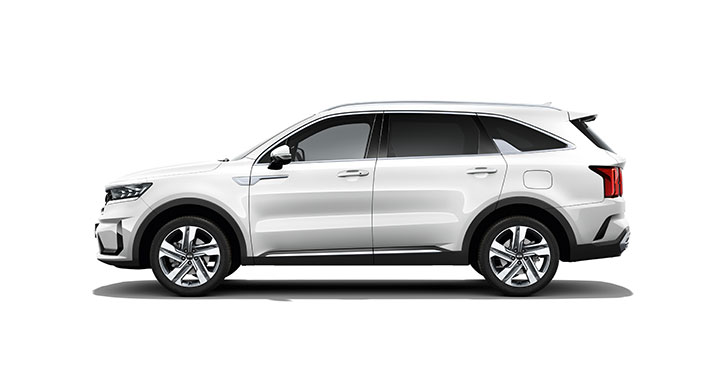 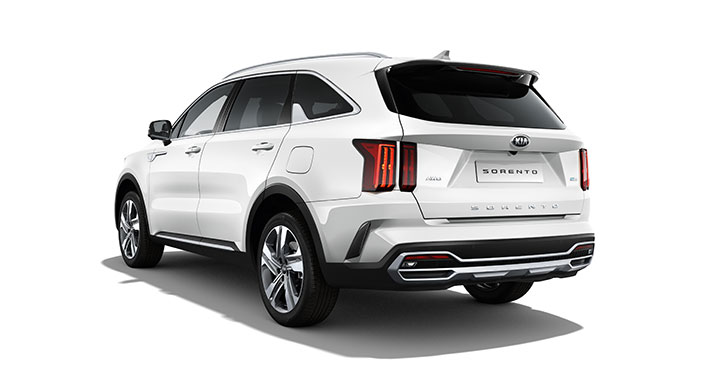 It is high time now and many car companies of the world have to work on switching from fossil fuel based vehicles to the greener, hybrids or plug-in variants. Kia has followed this idea, and has showcased it’s hybrid and plug-in versions of the Sorento. The Sorento hybrid is powered by a 1.6 GDI engine which is mated with a 1.49 kWh lithium ion polymer and 44.2 kW electric motor. This engine produces 230 BHP and 350 nm of torque, and these kinds of numbers would ensure acceleration on demand. What is particularly praiseworthy, is the fact that the battery pack of the electric motor is placed below the floor of the vehicle, and by doing so, no space is lost in the boot or within the cabin.

The Plug-in on the other hand will have a 16.6 KwH battery which produces an adrenaline gushing 261 bhp.

For those who are not very keen on giving up on their fossil fuel powered vehicles, Kia has introduced a new smartsteam diesel engine which makes 202 BHP and 440 nm of torque, and this engine is paired with an eight speed DCT ( dual clutch transmission ). This unison would not only guarantee quick speed, but at the same time, the DCT has been designed in such a way, that gear shifts are triggered to increase fuel efficiency.

One of the things which Kia has gotten right, time and again is their evolution of technology, and the 2020 Sorento is representative of this fact. 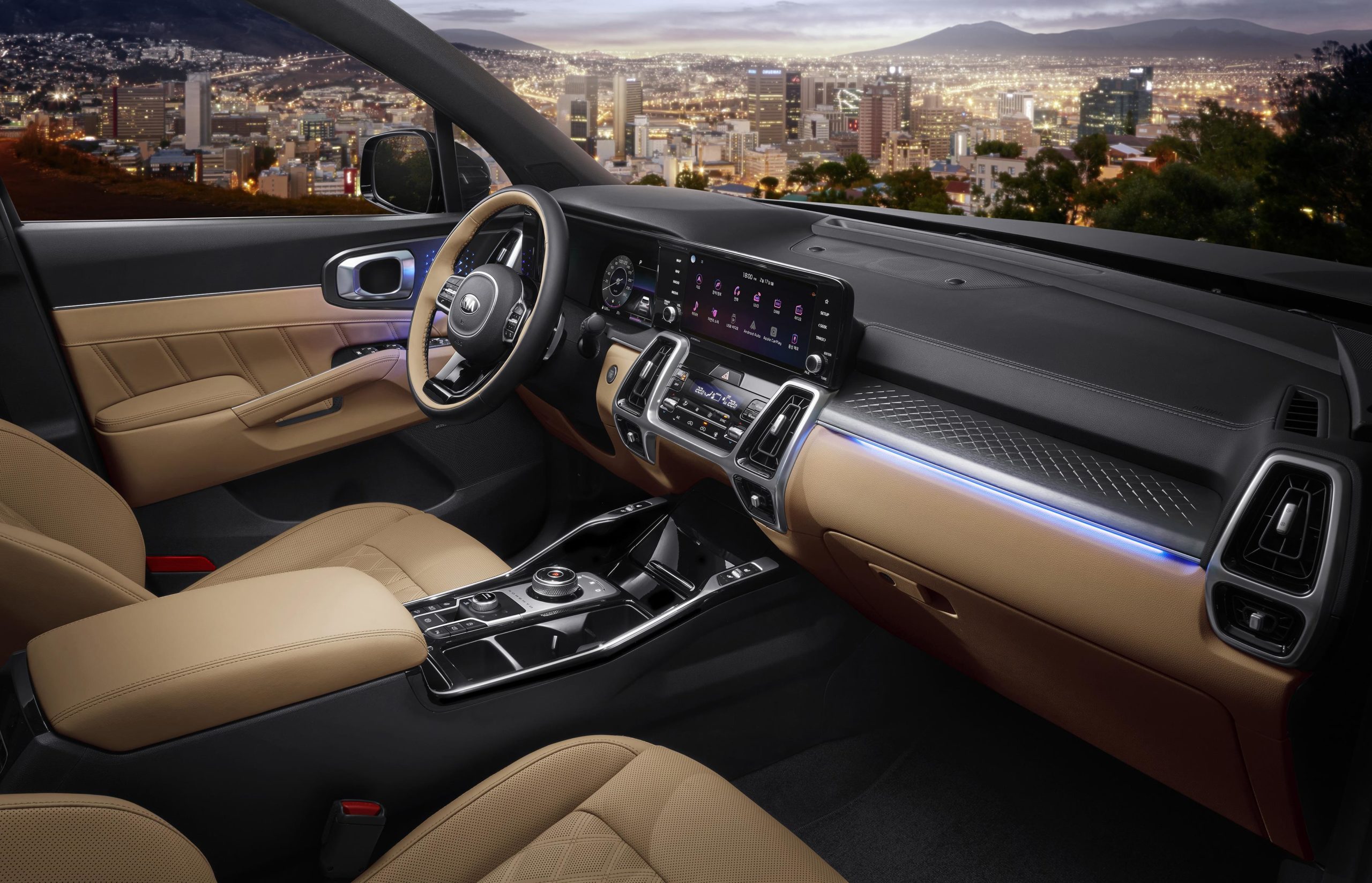 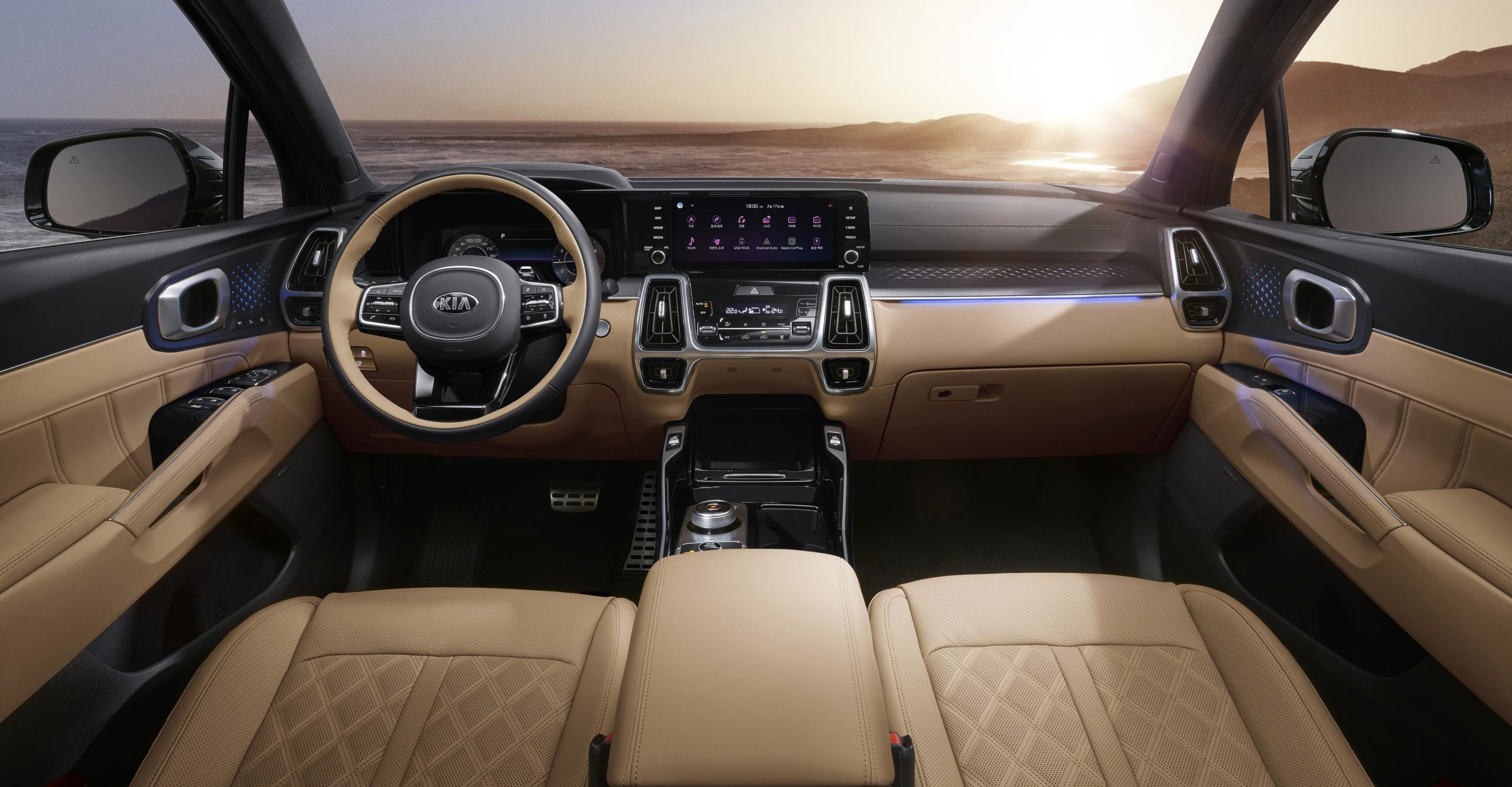 The Sorento receives an 8 inch touchscreen infotainment system as standard, and the top end variant will have a 10.25 inch infotainment display, and a high-resolution 12.3 inch instrument cluster(digital speedometer). Furthermore, the Sorento has a 12 speaker Bose sound system which will make for a great auditory experience for the passengers. Talking about a visual experience, an ambient lightning system has also been equipped which has a 64 colour option which would make for a very aesthetic and calming feeling for the passengers.  Moreover, Kia provides the UVO connect telematics system which provides the driver with crucial information such as weather forecast, finding the position of your car, live traffic information and many more. Making use of GPS just got easier, as the Sorento has been equipped with a Heads Up Display, which provides us with turn by turn navigation.

The Sorento has 7 airbags, 2 in the front, 2 front seat mounted side airbags, 2 curtain airbags and a front centre mounted airbag. A new safety feature offered by the Kia is the Multi-Collision Brake System which is triggered when an impact on taking place, causes the airbags to be deployed post which the car applies the brakes by itself.

Kia will release the 4th generation SorentO in the European markets to begin with, and sales will begin by the 3 rd quarter of this year.

We are not sure about the Sorento hitting Indian markets, but if it does, it would compete with the Kodiaq, Tiguan Allspace, Honda CRV, and going by Kia’s ability to price cars perfectly, they would have another winner at their hands. The Sorento is basically Kia’s version of the Hyundai Santa Fe which is already being considered for a launch in the Indian market. So, we can definitely expect the Sorento to come here really soon.

Rolls Royce shuts down production for 2 weeks amidst Coronavirus pandemic!

This is, the Mercedes-Benz EQA

An all-electric Ford Mustang by 2029? So says a report.

A new Porsche Taycan is arriving this week

Lexus launches a second variant for its flagship sedan in India for INR 2.22 Cr