Skoda India had showcased the 5 seater Karoq, the facelifted Superb and 1.0 TSI Rapid during the Auto Expo which was held in February. But then the cases of Coronavirus began to surge upwards, resulting in the the lockdown taking place, which affected the launch dates of many automakers. However, very recently, Zac Hollis, Director of Skoda Auto India tweeted and confirmed the launch the virtual launch of the 3 three new cars, which will take place on the 26th of May, at 12.30.

We are all set to introduce the new RAPID 1.0 TSI, luxurious new SUPERB and the much-awaited KAROQ with a pioneering new digital format, the ‘Simply Clever’ @SkodaIndia Virtual Conference set to go live on 26 May at 12:30. Block your calendars. You don’t want to miss this one! pic.twitter.com/XEsF1DGZUD 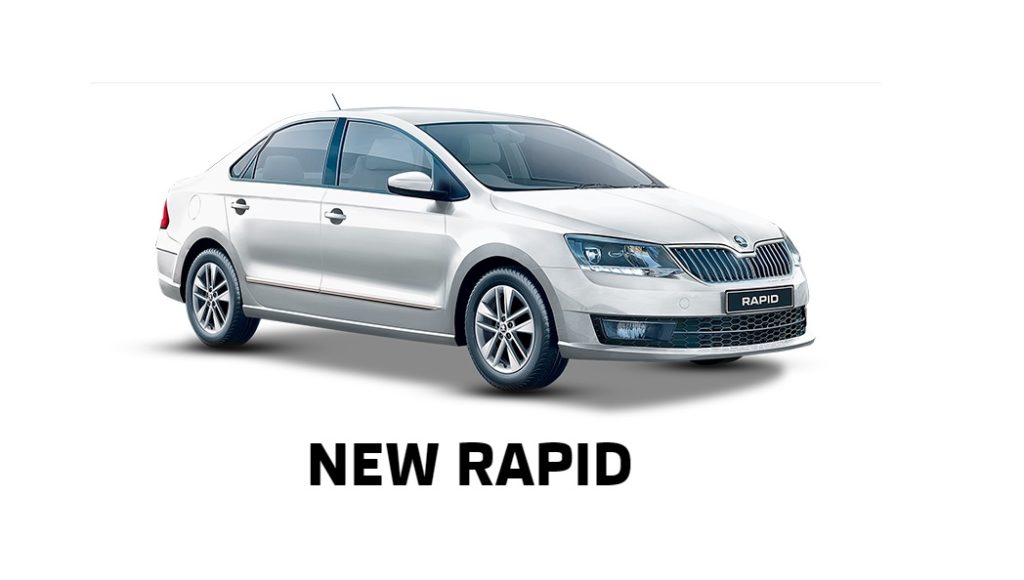 The Skoda Rapid has been in the Indian market for quite some time now, and in the time it has spent here, the Rapid was powered by 1.6 litre petrol engine and a 1.5 litre diesel engine. These engines have now been discontinued and will be replaced by a 1.0 TSI turbocharged 3 cylinder petrol engine. The primary update that the 2020 Rapid has received is the introduction of this engine, which creates 110 hp and 175 nm of torque, and most importantly this engine is BS6 compliant.

On release, the Rapid will be mated to a 6 speed manual, but a 6 speed automatic will also be introduced in the coming months. Apart from this mechanical update, the BS6 Rapid will nearly be the same as the BS4 Rapid in terms of features and looks. The 1.0 TSI engine Rapid would be priced around 8.5 lakhs to 12 lakhs (prices being ex-showroom) making it a direct rival of the Hyundai Verna, Honda City and Maruti Ciaz. The war between the Verna 1.0L turbo petrol and the Rapid 1.0 TSi is one we are ready to see 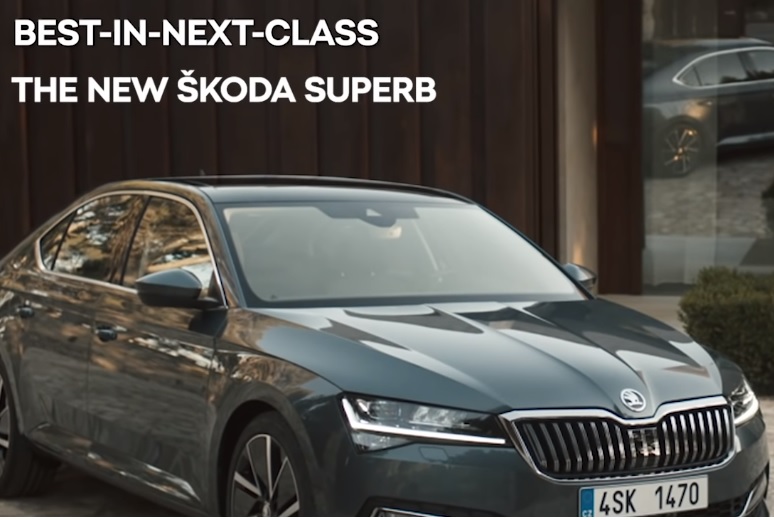 Skoda’s premium sedan has been refreshed, and I am a big fan of this subtle yet elegant update. On the outside, the 2020 Superb now features full LED lighting on the front and the rear, a tweaked front bumper, a restyled front grill, and chrome accents on the front and back. As for the inside, the changes are significant, gone are the analog dials and in comes the Virtual Cockpit’s fully digital instrument cluster, a 10.25 inch infotainment system, a Phone Box which not only wirelessly charges your phone but also increases cell phone reception, puddle lamps with the Skoda logo, 8 airbags as standard and many more features.

The powertrain of the Superb is now a BS6 one, but that is not all, the older 1.8 petrol TSI and 2.0 TDI diesel engine have been scrapped, and have been replaced by a 2.0 turbo charged engine which produces a hearty 190 ps. This new engine will be coupled with a smooth 7 speed DCT (Dual Clutch Transmission).

The 2020 BS6 Superb will be available in 2 variants, namely, the L and K (Laurin and Klement) and the Sportline trim. Do not let the name mistaken you, the Sportline is nothing like the vRS Octavia, it is strictly a cosmetic update to make it look sporty. The L and K variant of the Superb will offer colours like, Lava Blue, Moon White, Business Grey, Magic Black and Magnetic Brown. The Sportline version on the other hand will come in shades of Race Blue, Moon White and Steel Grey. The new features and mechanical update would surely raise the price, and one could expect it to cost around 28 to 32 lakhs (price being ex-showroom). At this pricing, it will once again lock horns with the Toyota Camry Hybrid. 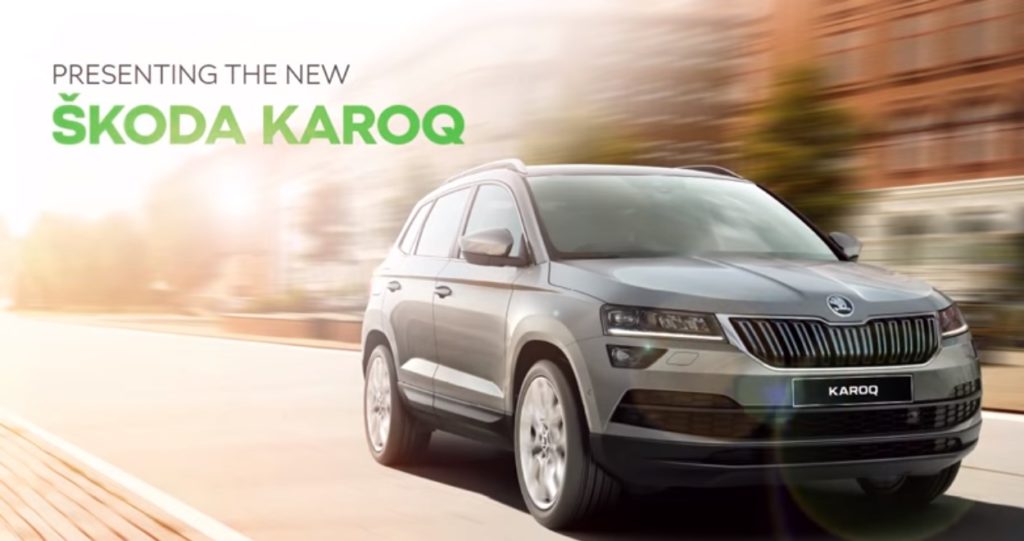 The Skoda Yeti has finally found a successor in the form of the new Karoq, which is a 5 seater SUV and this new vehicle will be launched in only variant, which will be a petrol automatic. Powered by a 1.5 litre TSI-Evo Petrol engine, the Karoq will make around 150 hp and 250 nm of torque. This engine will be paired with a 7 speed DSG (Direct Shift Gearbox).

The Karoq can be thought of as not only a successor to the Yeti, but also a mini-Kodiaq. In terms of features offered, the Karoq like the Kodiaq, is armed to the brim, with prime features such as a Panoramic Sunroof, an 8 inch infotainment system, Virtual Cockpit’s fully digital instrument cluster, 2 zone Climatronic Automatic Climate Control, LED ambient lightning, electrically adjustable driver’s seat with memory function, 9 airbags and many many more features. Whether its about safety, convenience or comfort, the Karoq for its price point, has it all.

The only stinger could be the pricing, as the Karoq is an import, so expect it to cost north of 24 lakhs (price being ex-showroom). 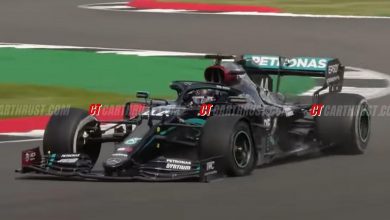 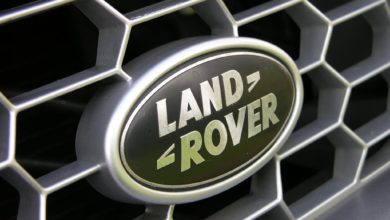 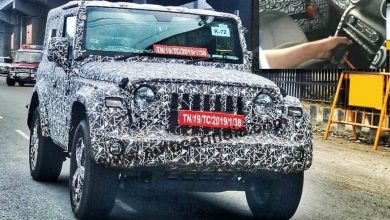