Skoda has been enjoying the sales of the Kodiaq by such a big margin that to date, it has sold 600,000 units of the SUV. Only fair then to give it a mid-life facelift and judging by what Skoda has made, it has just bettered its largest SUV. If that is even a word.

According to Skoda’s Design Head, Oliver Stefani, design changes for the facelift are intended to give the Kodiaq a “crisper” look, with the biggest changes coming at the front end of the car including adaptive headlights, redesigned hood, front grille, LED taillights, and all-new alloy wheel design. Those alloys definitely up the game here by some margin. 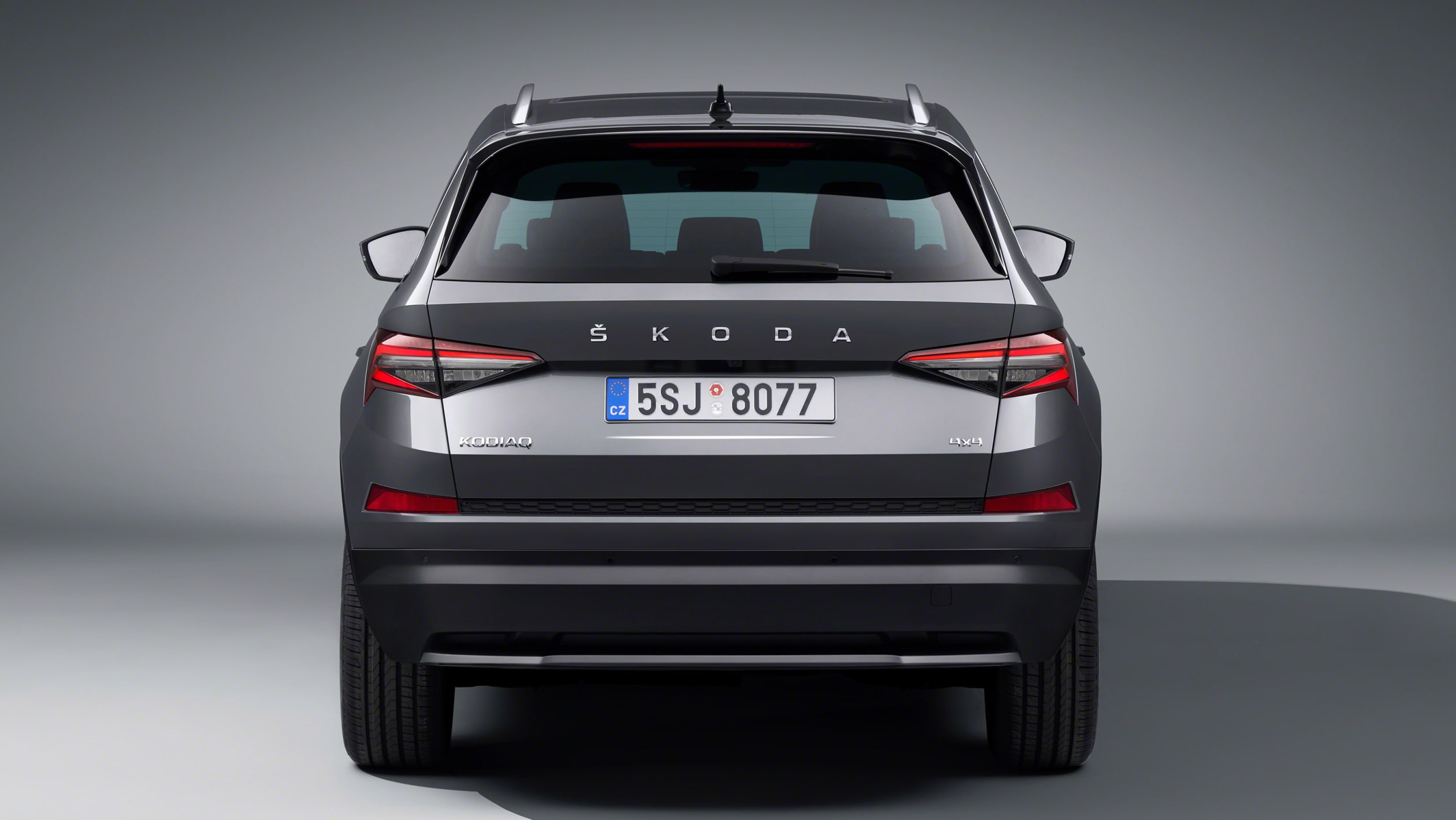 On the inside, you’re welcomed to a new steering wheel design – two and three-spoke depending upon the variant. You get contrasting stitching as well as more color options for the ambient lighting system.

The 2021 Kodiaq is now available with both heated and ventilated front seats with a massage function (standard on the L&K spec), and you also can avail the optional surround sound system from Canton in a ten-speaker setup. 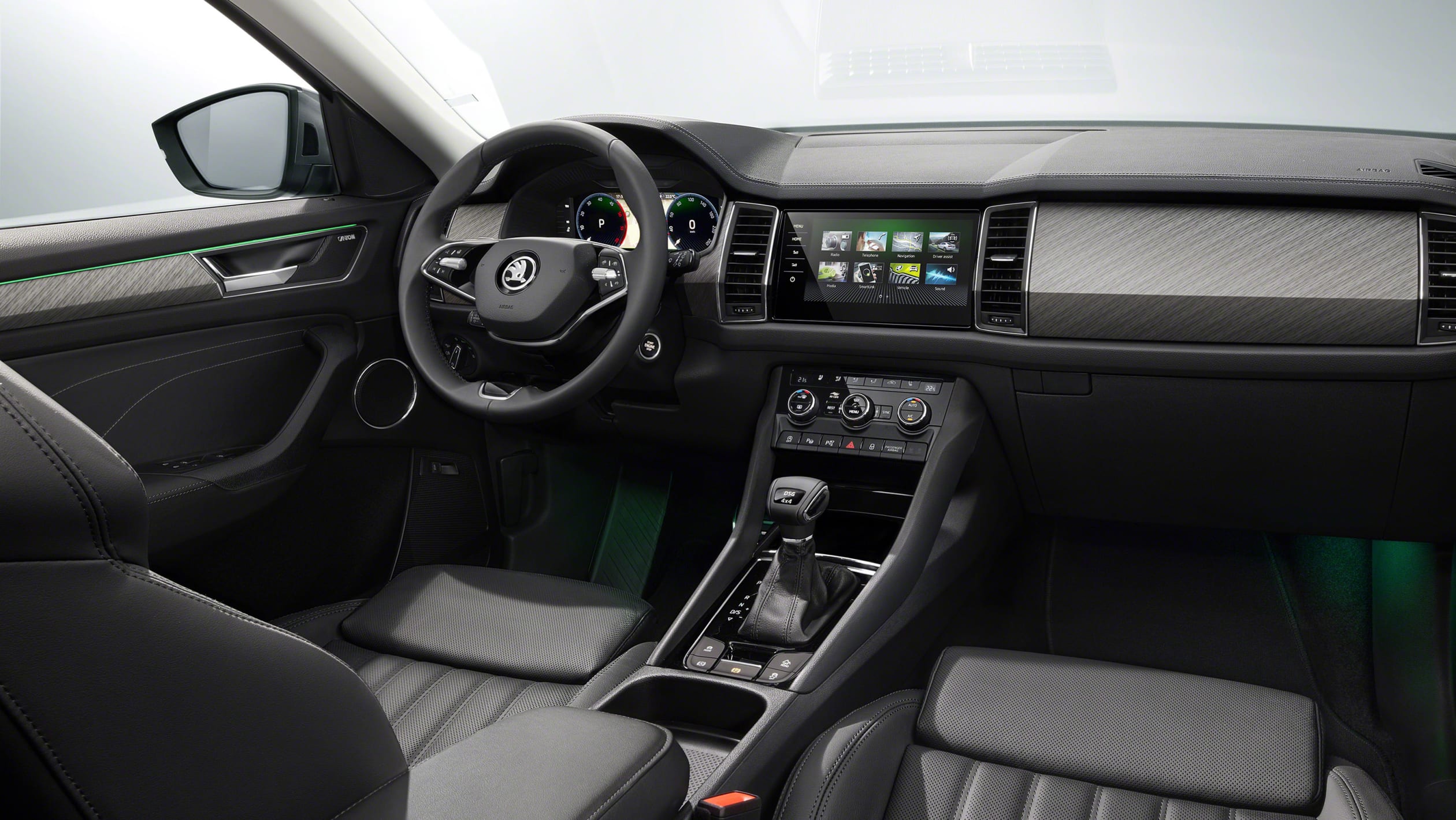 You continue to get central touchscreens in 8 and 9.2-inch guise and the all-digital, 10.25-inch instrument cluster. There is now a Crew Protect Assist which is a clever way to inform the driver about the vehicles approaching from behind that could pose a risk of a rear-end collision.

On the engine front, the figures and the motors stay the same – a 1.5L, turbocharged, 4-cyl Petrol unit is the ‘base variant’ developing 148bhp and sending power to the front only via either a 6-speed MT or a 7-speed DSG. A 2.0L, Petrol unit with 187bhp is also available which sends power to all four wheels. 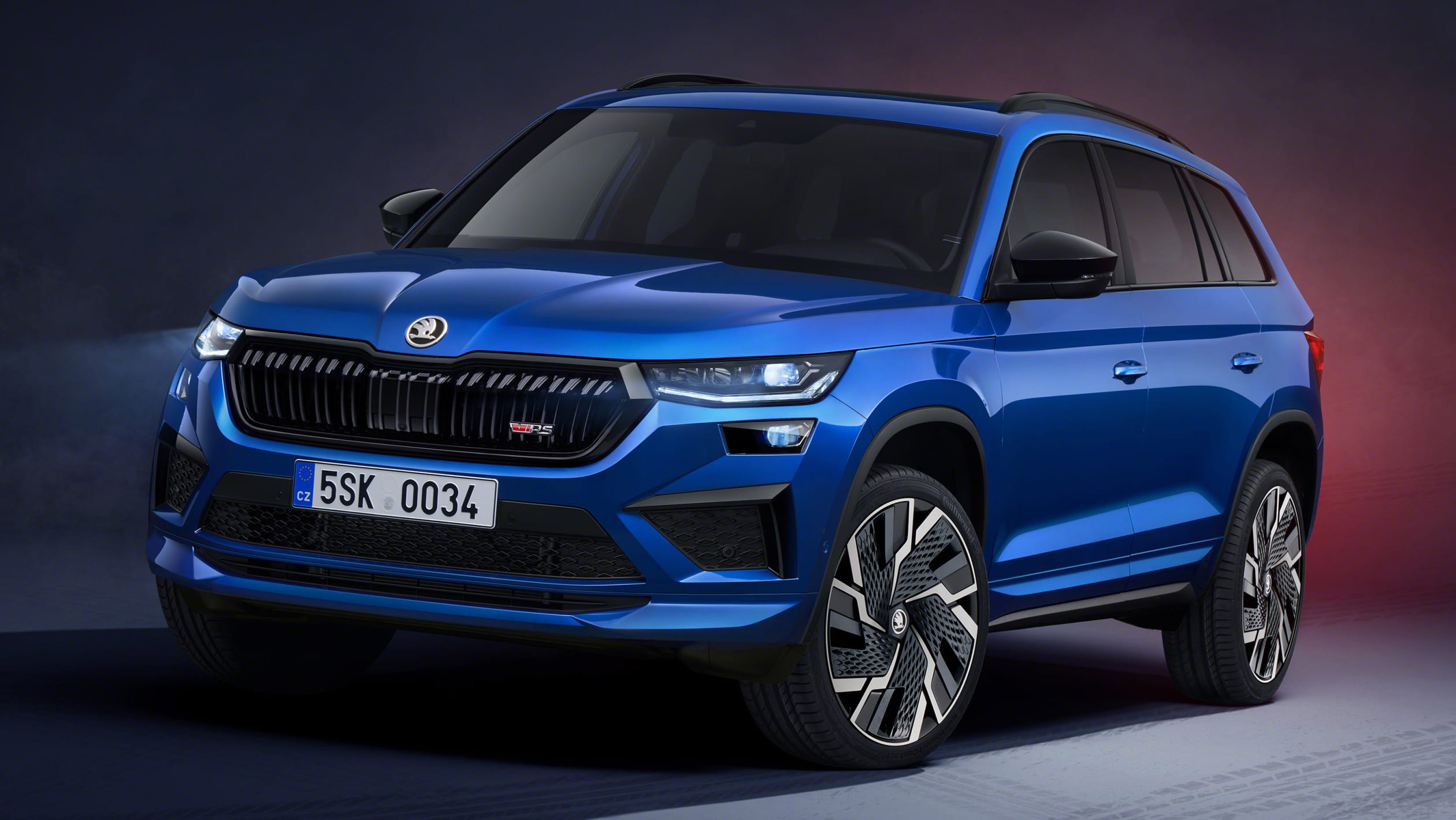 The Diesel units are the 2.0L TDI engines producing either 148bhp or 197bhp which come mated to a 7-speed DSG while the more powerful version also has 4WD as standard.

As talked about the Golf GTI power above, the 2021 Skoda Kodiaq marks the return of the vRS model in the lineup. The only change apart from the blacked-out exterior bits is the introduction of the 2.0L, turbocharged, 4-cyl Petrol motor as opposed to the now-axed twin-turbo, 2.0L, Diesel unit, producing 242bhp (TSI). Yummy! Or as Jezza would say, the fuel of Satan no more powers the powerful version of this beast. 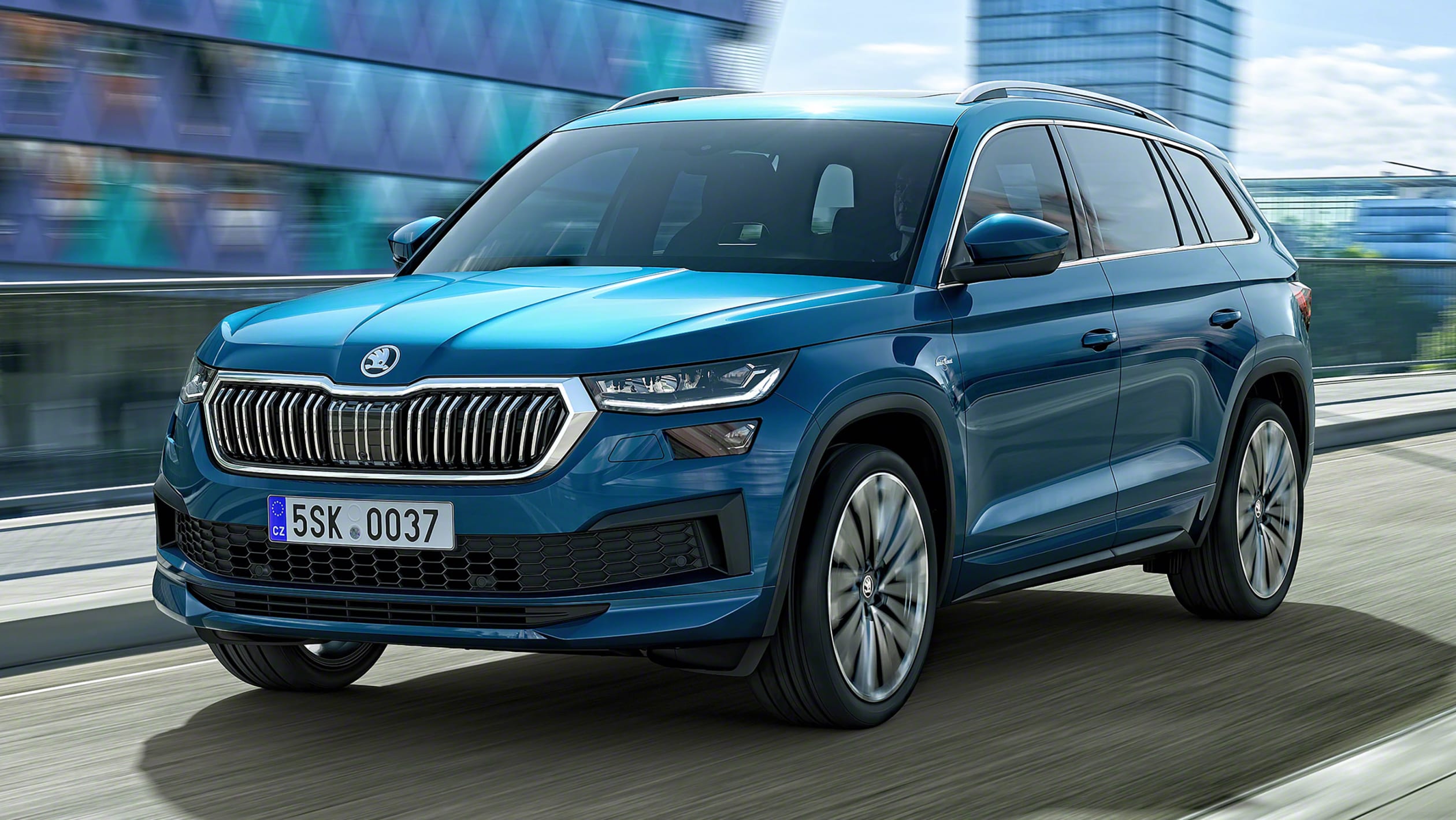 Skoda is currently selling the Kodiaq to around 60 markets including India, and the facelift version will go on sale sometime around July with S, SE, SE L, SportLine, Laurin & Klement, and the performance-variant vRS as its list of different variants, while India gets the updated Kodiaq around September this year.