China is currently the hottest car market in the world and the international automakers are flocking their product lineup at the 2021 Shanghai Auto Expo. More and more Chinese tech giants are also stepping up their game by quite a margin to have a piece of this automotive market pie. A few months back, we heard from Xiaomi that they’re planning to enter the auto market followed by a similar rumor about Huawei in March. Fast forward to today and Huawei makes its debut in the automotive space with the launch of a final production-spec model of its hybrid SUV, Huawei SERES SF5. Launched at the ongoing 19th edition of the Shanghai Auto Expo.

The SF5 is a hybrid SUV developed by Huawei in partnership with SERES – an electric car and components manufacturer. The two companies announced their alliance at the Shanghai Auto show. The hybrid SUV will be sold via the smartphone maker’s flagship stores across China. 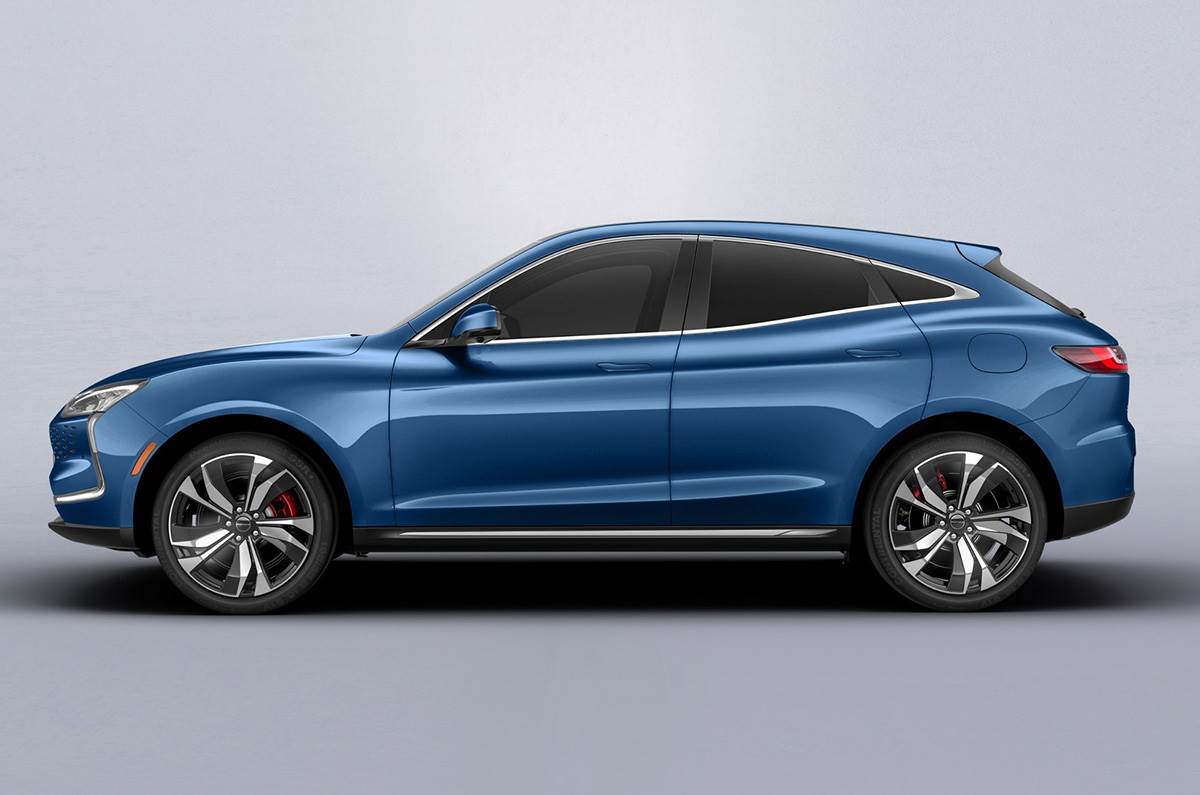 The SF5 has a coupe-like design with neat body lines, flush door handles and a tapering roofline. It’s nothing out of the ordinary. If anything, this looks like a mix between the Mustang Mach-E and a Lexus NX450h. Just a bit lowered for the shooting brake design

On the front, the SUV supports sleek headlights, a mesh grille that is neatly integrated into the bumper, and a set of distinctive LED DRLs starting below the headline running alongside the grille and ending where there should have been conventional fogs lamps sitting. Coming to the rear, the car seems to have a higher stance with slim LED taillights that are connected by a full-width light strip running from one edge to another. 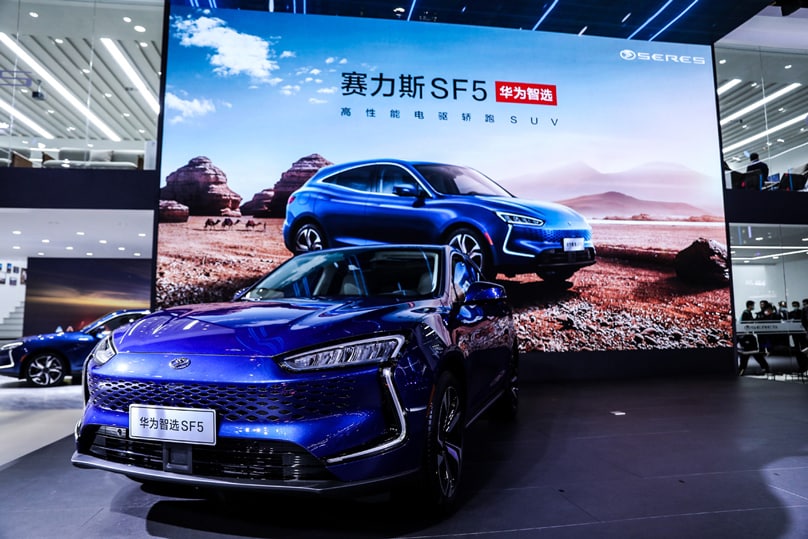 Talking about dimensions the SF5 is 4,700mm long, 1,930mm wide, 1,625mm tall and it has a 2,875mm long wheelbase. This roughly puts it in the same size bracket as the Skoda Kodiaq and Volkswagen Tiguan Allspace. 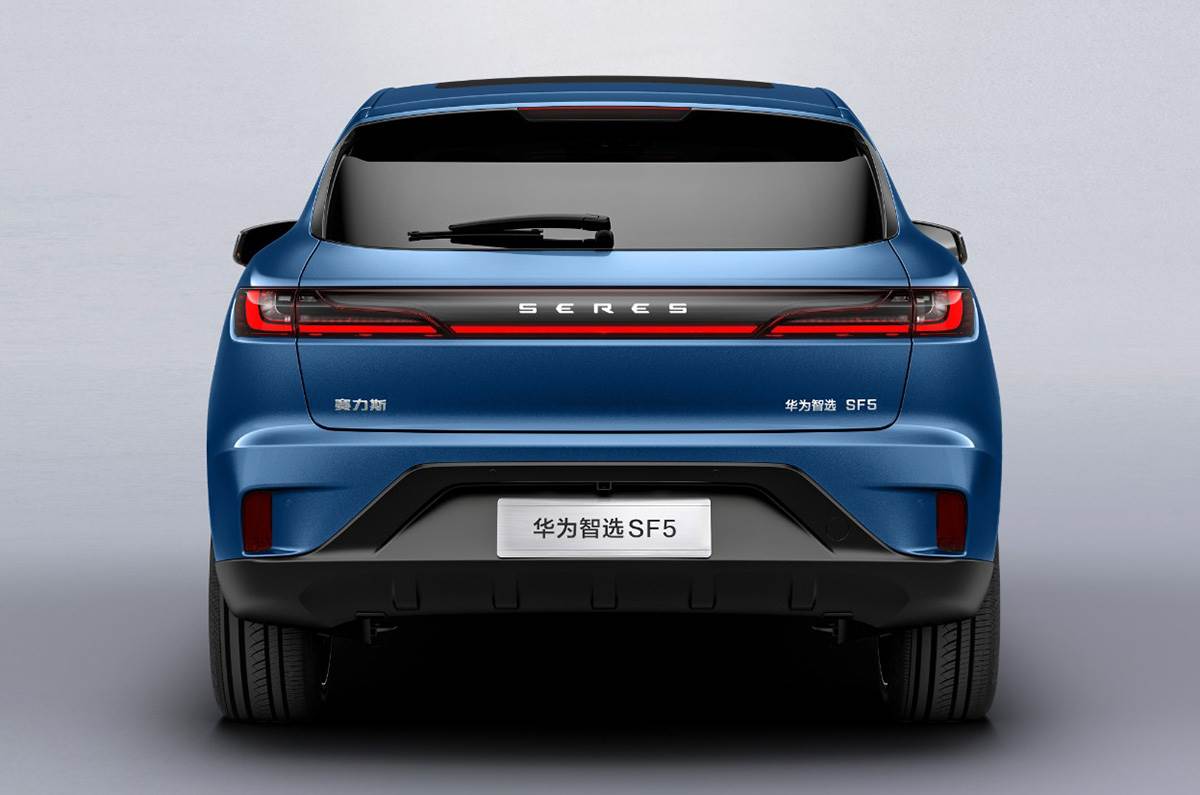 Powering the SUV is a 1.5-litre, four-cylinder petrol engine that generates power for the battery pack which in turn powers the two electric motors. In the top-spec model, the motors generate a combined max power of 551hp and 820Nm of torque with a 0-100kph sprint in 4.68 seconds. Huawei claims the SF5 has a battery driving range of 180km (NEDC) which can be stretched to over 1000km with the help of the petrol engine.

Entering inside the vehicle, the passengers will be greeted by a minimalist dashboard with a tablet-like massive touchscreen infotainment sitting at the centre. There are wood inserts, metallic accents and leather upholstery giving it a premium feel. Other features in the SF5 include a digital instrument cluster, a panoramic sunroof, ambient lighting, heated and ventilated seats, seat massager, and an 11-speaker audio system to name a few. 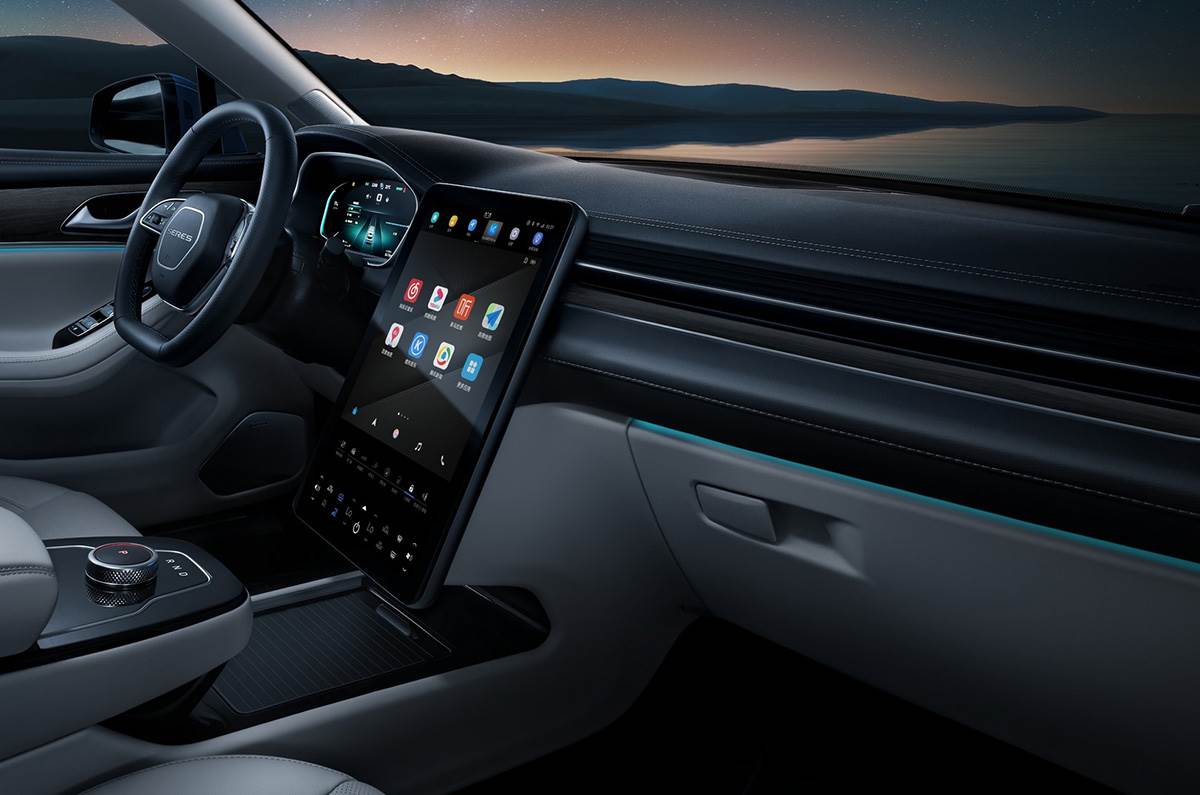 “This exciting announcement sets a precedent for both the consumer electronics industry and the new energy vehicle industry,” said Richard Yu, Executive Director, CEO of the Consumer Business Group, Huawei during the launch. “In the future, we will not only provide leading smart car solutions to help partners build better intelligent vehicles, but also help them sell those vehicles through our retail network across China.” 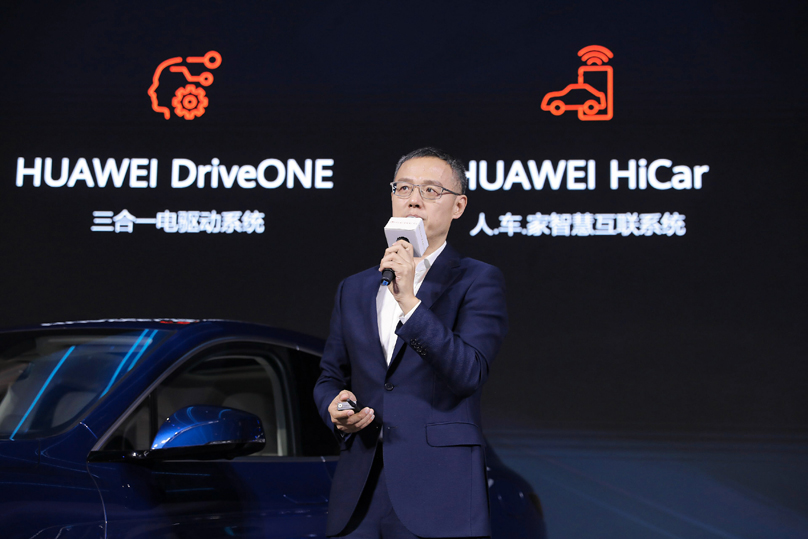 Previously the telecom equipment and smartphone maker repeatedly denied reports claiming it was launching a car brand. Instead, it says its role is to be a Tier 1 supplier for automakers or OEMs (original equipment manufacturers).

Huawei is not a carmaker, the company’s rotating chairman Eric Xu reiterated recently at the firm’s annual analyst conference in Shenzhen.

“Since 2012, I have personally engaged with the chairmen and CEOs of all major car OEMs in China as well as executives of German and Japanese automakers. During this process, I found that the automotive industry needs Huawei. It doesn’t need the Huawei brand, but instead, it needs our ICT [information and communication technology] expertise to help build future-oriented vehicles,” said Xu, who said the strategy has not changed since it was incepted in 2018. 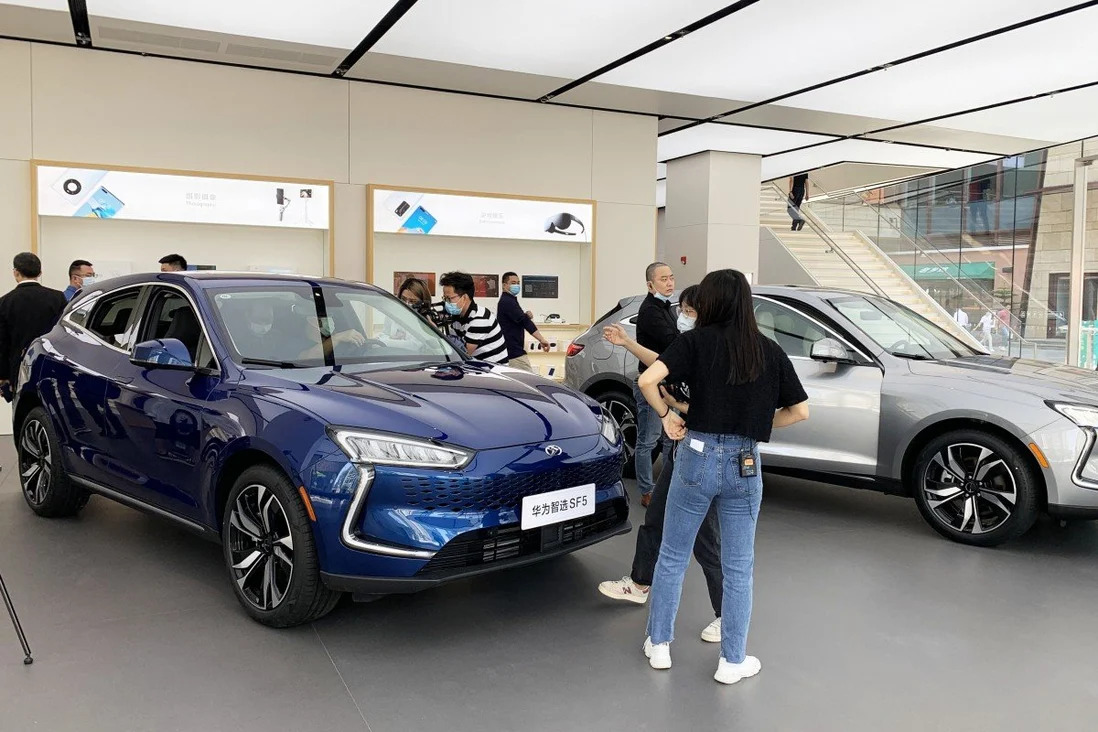 To make things clear, Huawei is not the only major telecom company to try its hand in the automotive market. Samsung is selling vehicles in South Korea for quite some time now. Even another Chinese smartphone manufacturer Xiaomi has also collaborated with Bestune to make a special edition Xiaomi Bestune T77.

The Huawei SERES SF5 will be available for sale via Huawei’s flagship store starting from April 21 and has a starting price tag of 216,800 Yuan (roughly $33,377) for the two-wheel-drive variant, while the four-wheel-drive variant will sell for 246,800 Yuan (roughly $38,000). The car will be available in multiple colour variants including Deep Ocean Blue, Charcoal Black, Pearl White and Titanium Silver Grey – along with Midnight Black, Garnet Red, and Ivory White interior trim.