The first Maybach SUV’s exterior has been restyled to give it a unique road presence. The most noticeable inclusion is the Maybach signature front grille on the nose that replaces the one with Mercedes three-pointed star. The wheels too are larger than its ‘Normal’ Benz sibling and come with bespoke multi-spoke alloys. The SUV features a heavy dose of chrome on the exterior and the final touch is the special dual-tone exterior paint. 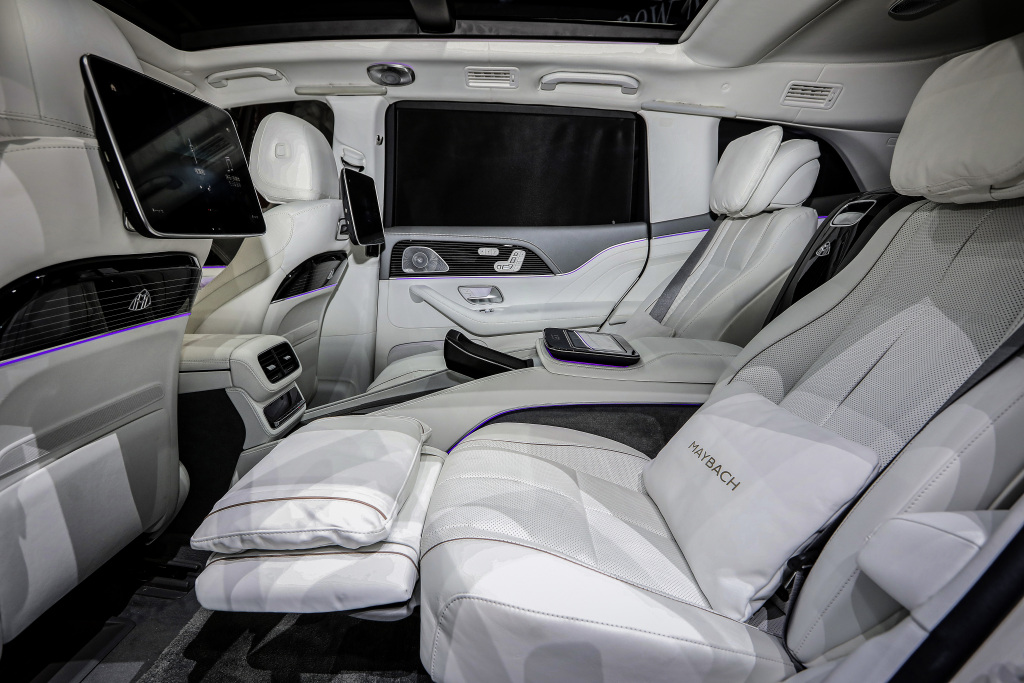 Let’s come on the inside where the Mercedes-Maybach GLS 600 truly shines. Although most of the design and features of the cabin are shared with the standard GLS, it pushes the boundaries even further with more luxurious touches. The SUV comes in either a 5-seat configuration, or a 4-seat layout to provide the first-class luxurious experience with two reclining, massaging and temperature controllable rear seats.

The leather, cushioning on the seats and panels in the cabin are softer and more elegantly done to offer lavish comfort to the occupants. Other features in the luxury SUV include a refrigerator with champagne glasses, panoramic sunroof, and all the latest tech with the MBUX infotainment OS and Advanced Driver Aided Systems among many more.

Powering this luxury on wheels is a 4.0-litre bi-turbo V8 engine paired with the EQ-Boost mild-hybrid system. The engine comes mated to a 9-speed automatic transmission. The powertrain churns out 550hp with 730Nm of torque, however, the top speed is limited to 250 km/h. Despite its two-and-a-half tonne weight, the Maybach GLS 600 can sprint from 0-100 km/h in just 4.9 seconds.

The Mercedes-Maybach GLS 600 will compete against the likes of the Rolls-Royce Cullinan, Bentley Bentayga and the Range Rover Autobiography. The SUV will make it to Indian shores as a CBU imported model, so expect it to be priced around the Rs 3 crore mark, maybe even higher. However, we’re just a day away from the official figures that will be disclosed on Tuesday.

The Maybach GLS will be its fourth product launch out of the 15, scheduled to arrive in 2021. Mercedes-Benz has already introduced the new-generation A-Class Limousine, updated E-Class and the GLA-Class this year.

Order from Chaos as Red Bull dominate the 2021 Azerbaijan Grand Prix! Vettel and Gasly fill up the top 3

And now it's Fiat that commits to an EV-only future