The Audi Q5 facelift has been launched a little more than a month after the first Q5 rolled out of Audi’s Aurangabad facility. As was known earlier, the car will have only one engine variant- the 2.0L TFSI found in the A6, and a 7-speed dual clutch transmission, and the Quattro system will send power to all wheels as well.

On the outside, not many changes have been made, with only a few subtle changes to the grille, headlights and bumpers. The wheels have been changed up to 19″ alloys, though in all other regards it will still resemble the Q5 we have all grown to know and notice! 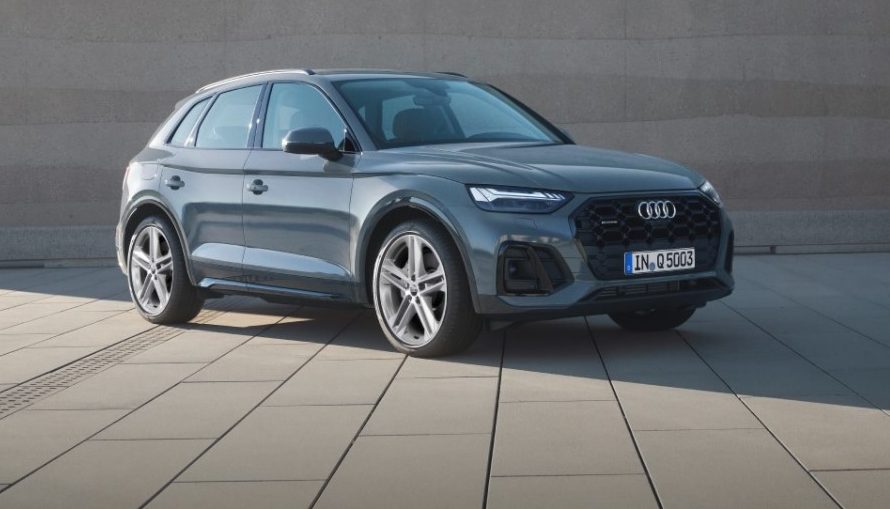 The main changes will be in the interior. Audi will include an updated version of their MMI system, with driver aids also on offer like Virtual Cockpit Plus, ABS+EBD, traction control and Audi’s Park Assist as well. The MMI system in this Q5 is said to be almost 10 times quicker than the previous model’s MMI!

There will be 2 variants on offer- Premium Plus and Technology. Both will have the same engine on offer, but the pricing for the Premium Plus starts at ₹58.93 lakh while pricing for the top-spec Technology trim start at ₹63.77 lakh. For the premium, the car will be equipped with features like a Bang and Olufsen 3D sound system, auto climate control, wireless charger, Piano Black inserts to name a few. The car will rival the X3, GLC and XC60, so let’s see how well the car performs!