The new and updated Tiguan has finally made it’s way to India, with the car being locally produced as well at VW’s Aurangabad facility. There is only one engine available on offer, i.e. a single 2.0L TSI with a 7-speed DSG transmission. This produces a power output of 187HP/320NM, which is helpful when the 4MOTION AWD system needs to kick in!

The fuel efficiency claimed by VW is 12.65kmpl, and the car rides on 18″ Frankfurt alloys. The interior has been spruced up, with a new 20.3cm infotainment system and a 25.4cm all-digital instrument cluster as well. Other features include illuminated scuff plates & USB C-ports, Vienna leather seats, three zone Climatronic air-conditioning system with touch control and more. The car is quite spacious, and the boot is a massive 615L. 30-shade multicolour ambient lights are also available on offer for all the rave parties which can be had inside the spacious car! 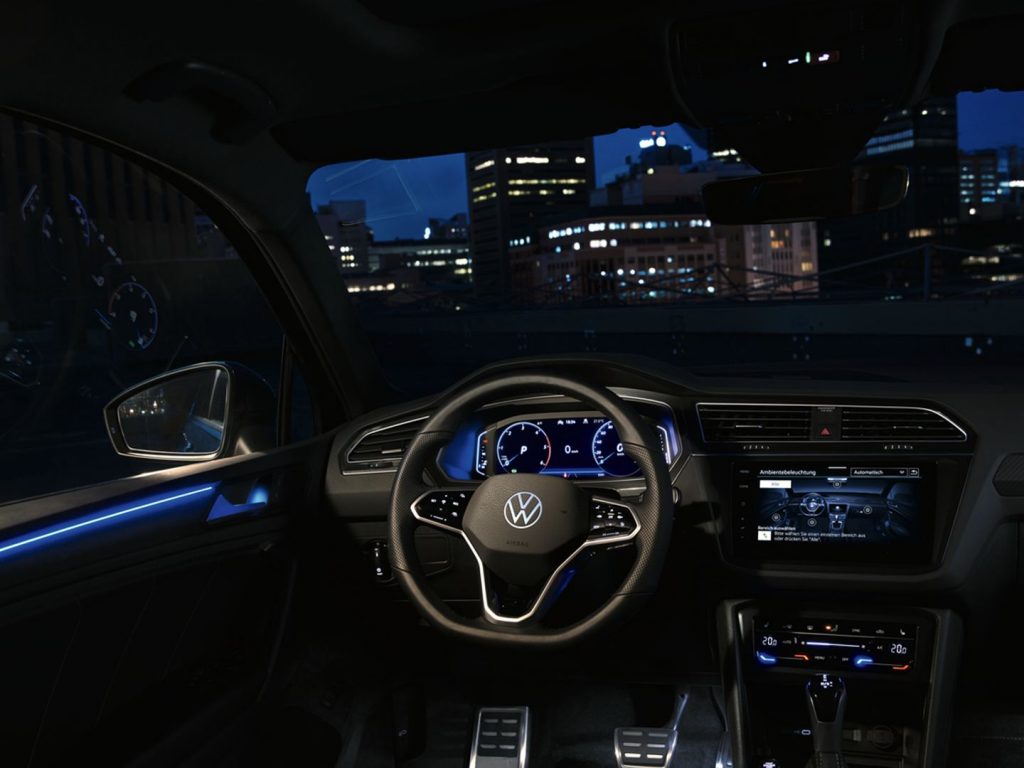 Safety has been given focus in the Tiguan, with 6 airbags, front and rear disc brakes, ABS+ESC, Electronic Differential Lock, Hill Start Assist and more as well. VW has also integrated their Volkswagen MyConnect app into the car, which offers multiple customisation and driving style tracking options for the car. There is only one variant available on offer, namely the Elegance variant.

The exterior has also been given a glow-up, and as it is based on the MQB platform it’s design has been given focus and emphasis. The front bumper has been given a more aggressive touch, as can also be seen with the radiator grille. There are also new Tiguan-specific LED matrix headlights, with an intelligent and adaptive EQ, which are made up of over 24 LED’s!

Bookings are open for the car, with deliveries starting sometime in mid-January. VW says that test drives will begin in selected cities from 10th December, namely in Mumbai, Delhi, Pune and Bangalore. There are also 7 colour options on offer- namely Nightshade Blue, Pure White, Oryx White with Pearl effect, Deep Black, Dolphin Gray, Reflex Silver and Kings Red. Let’s hope that VW’s flagship SUV does well against it’s competition, which will likely be the Compass and Tucson.