Mercedes-Benz have unveiled their flagship EQS SUV, a vehicle which is effectively the EQS sedan but bigger and better in almost every way. Built on the same platform and on Mercedes’ new modular architecture but with more features like 4MATIC and an intelligent off-road system, it is effectively like living in a palace which can traverse through forrests.

The design of the SUV is quite reminiscent to that of the EQS, though there is an obvious size increase with the SUV bodyshell. And there’s one more thing- from the teaser image we had expected that the alloys would not resemble the Millenium Falcon-like design of the EQS Maybach concept- however, the end result has turned out to be pretty similar to it after all!

The success of the EQS saloon has seen Mercedes build on its foundations, and this is their first-ever luxury electric SUV. How luxurious is it, you may ask? Well, on the top-end variant there’s the latest MBUX hyperscreen which spans the entire length of the dashboard (56 inches!) while the lower variant gets a 12″ touchscreen and a digital instrument cluster.

Further back two 11″ touchscreens for the rear passengers to enjoy their favourite content on, and Mercedes has promised OTA (Over The Air) updates for the system to follow over time as well. There’s Dolby Atmos sound system as well, with even the third row passengers getting many creature comforts. The car’s hyperscreen is smart as well since the front passenger gets a screen of their own that shuts down if the driver is getting distracted from it! 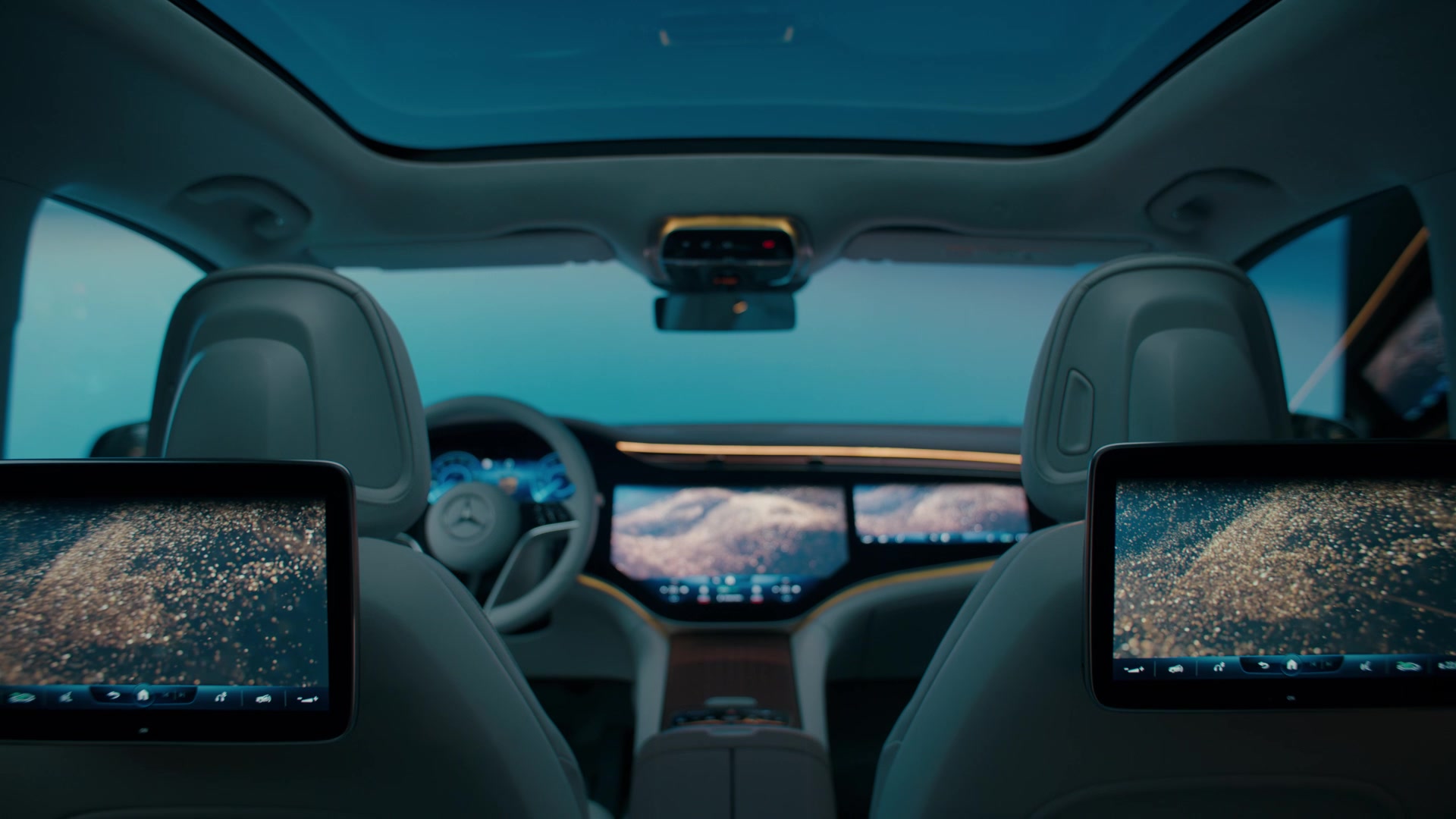 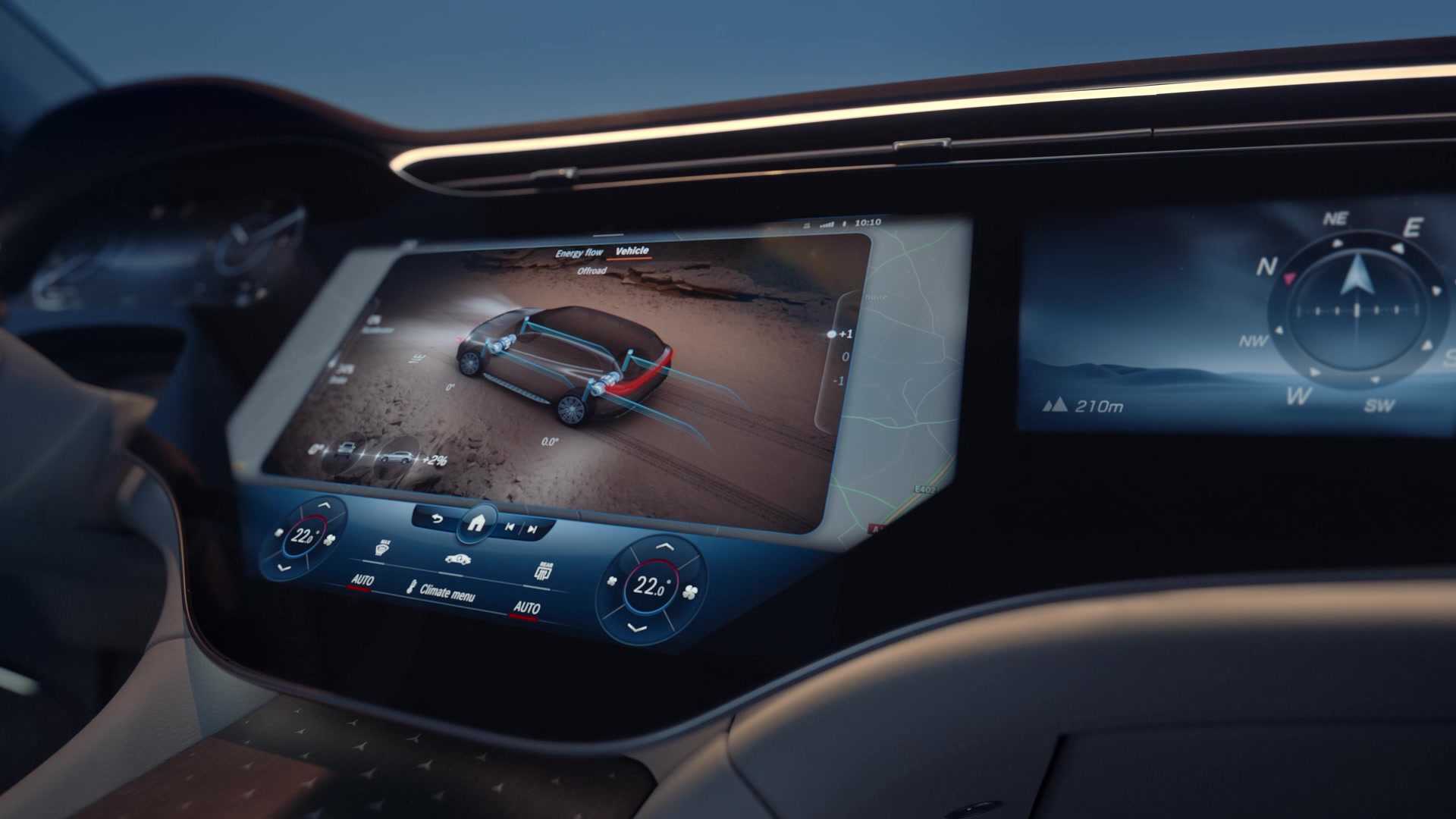 There will be two trims available: 450+ and 580 4MATIC. The 450+ has an electric motor with a power output of 355HP/568NM while the 580 has 536HP of power and 858NM of torque. These figures could be huge for ICE powered SUVs but, thanks to Tesla, EVs are expected to ship with these numbers. Moreover, EVs aren’t meant to boast off these numbers. It’s the range that matters and you’d not be disappointed. The battery pack is quite efficient and as per Mercedes, the car has a range of over 600 KMS on a single charge! As is also obvious, the 580 gets Mercedes’ 4MATIC, which independently transfers torque to the front and rear wheels to ensure optimum performance. 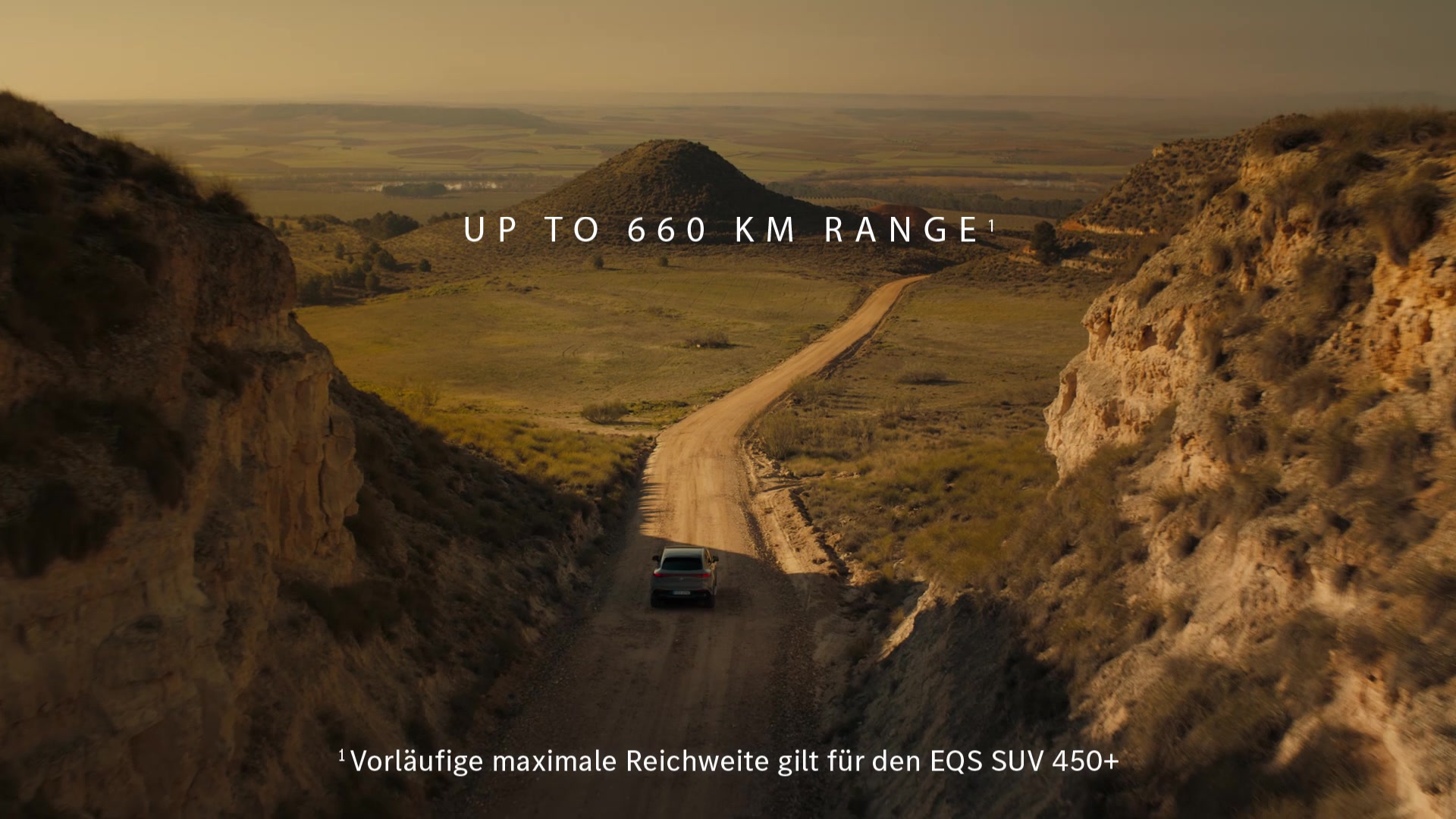 The off-roading capabilities of the car are also apparent- there’s a brand new smart off-road mode which allows for the car to be driven across the beaten path with ease. The best example of how the car has been adapted for off-road conditions is how the rear axle steering has a turn angle of 10 degrees! The car has been designed to be as aerodynamic as possible, with aero-cladding, spoilers, optimized tread patterns being designed in a manner such that they would produce as little drag as possible. In terms of looks, this is definitely a much better looking thing than the EQS saloon and definitely wins over the Tesla Model X. The interiors are also as plush as they can get.

Though, this isn’t really a Model X competitor owing to the segment it belongs at. The EQE SUV will probably challenge the Model X better but what we expected is coming true. German luxury automakers like Mercedes, BMW and Audi are getting good with EV technology as Tesla is failing to put up its reputation up to German quality standards. If this goes on, the likes of affordable Mercedes EQA will take over the sales of the Model Y or the Model 3 owing to brand value and MUCH better after sales. 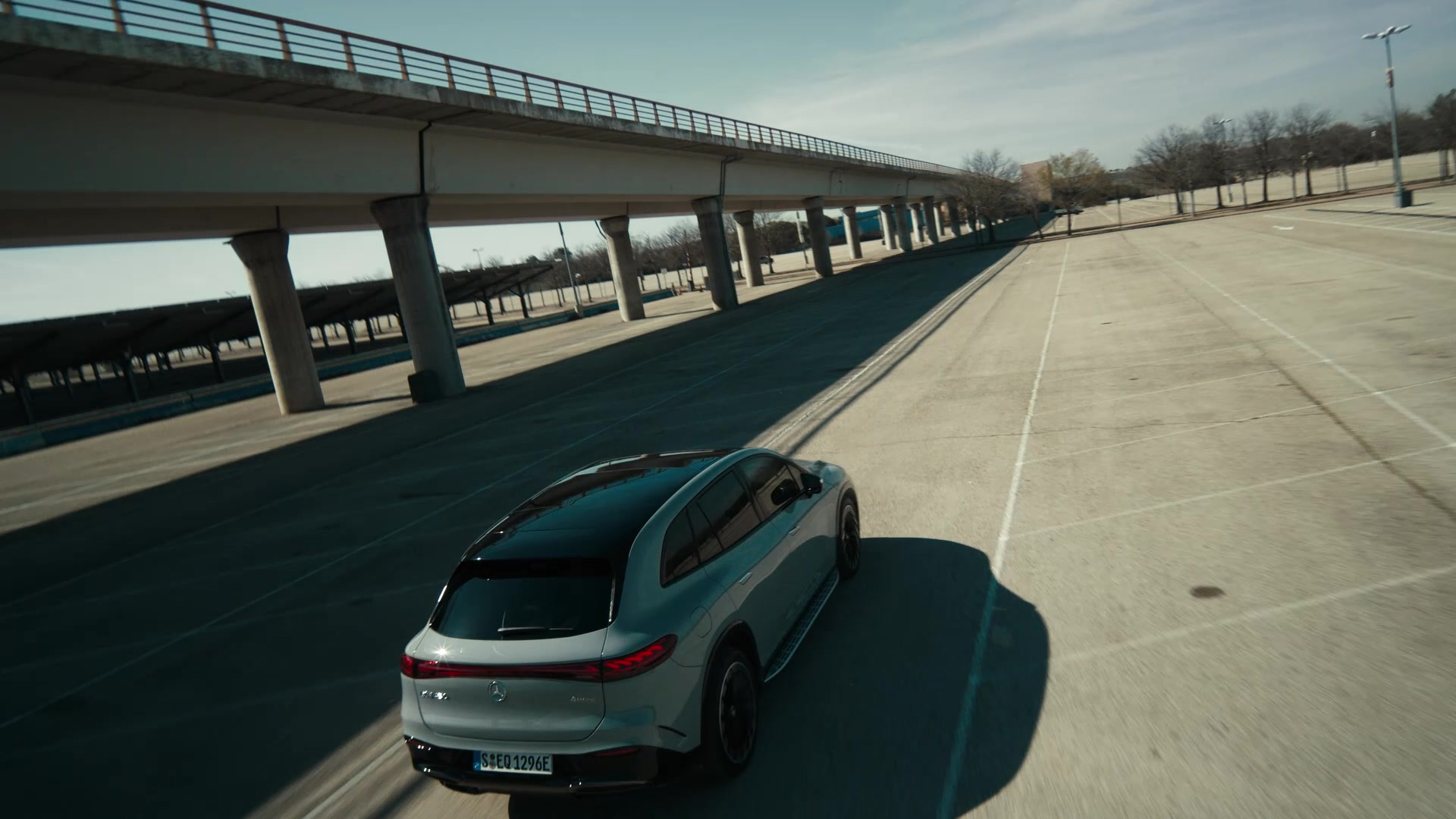 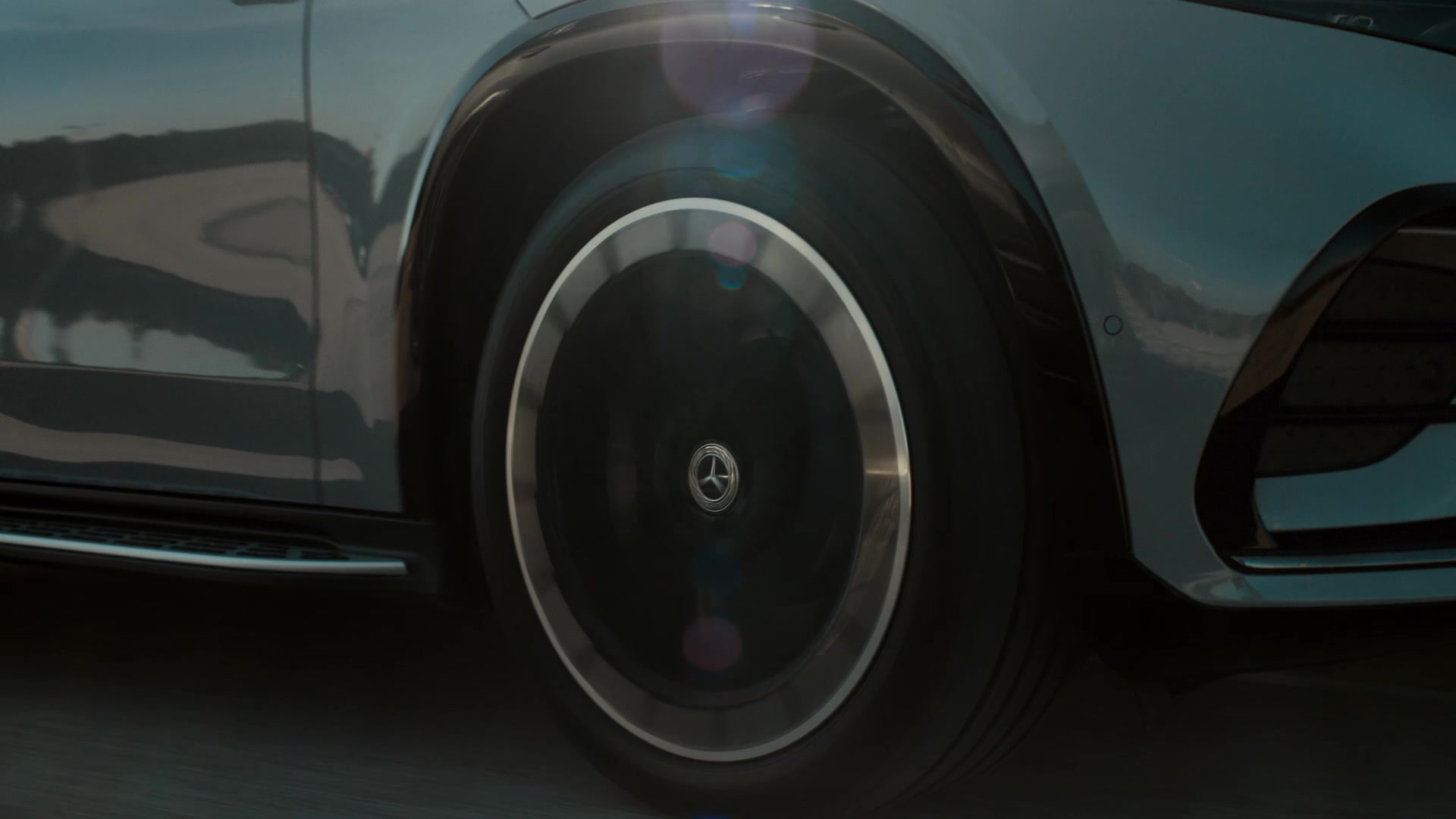 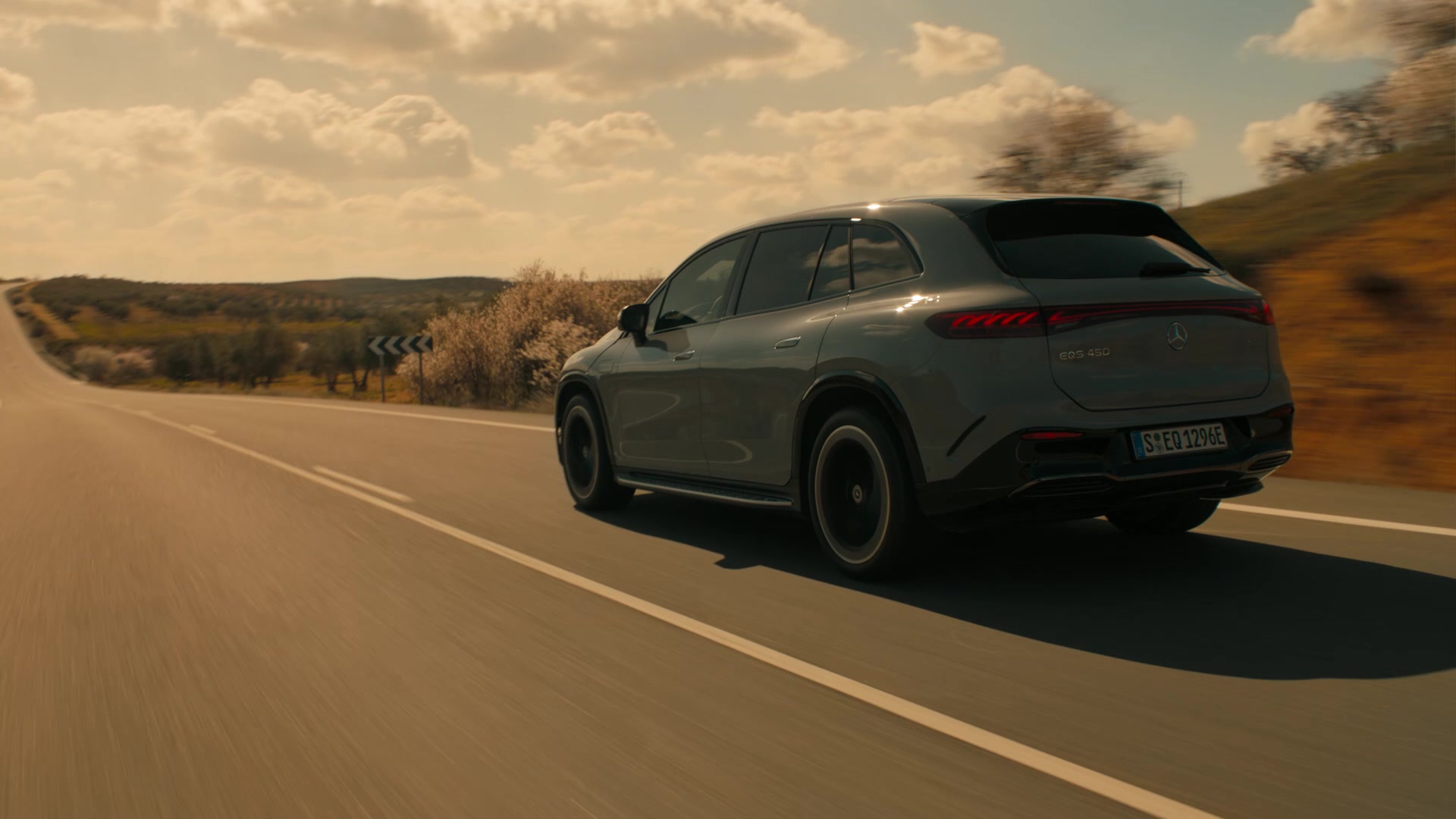 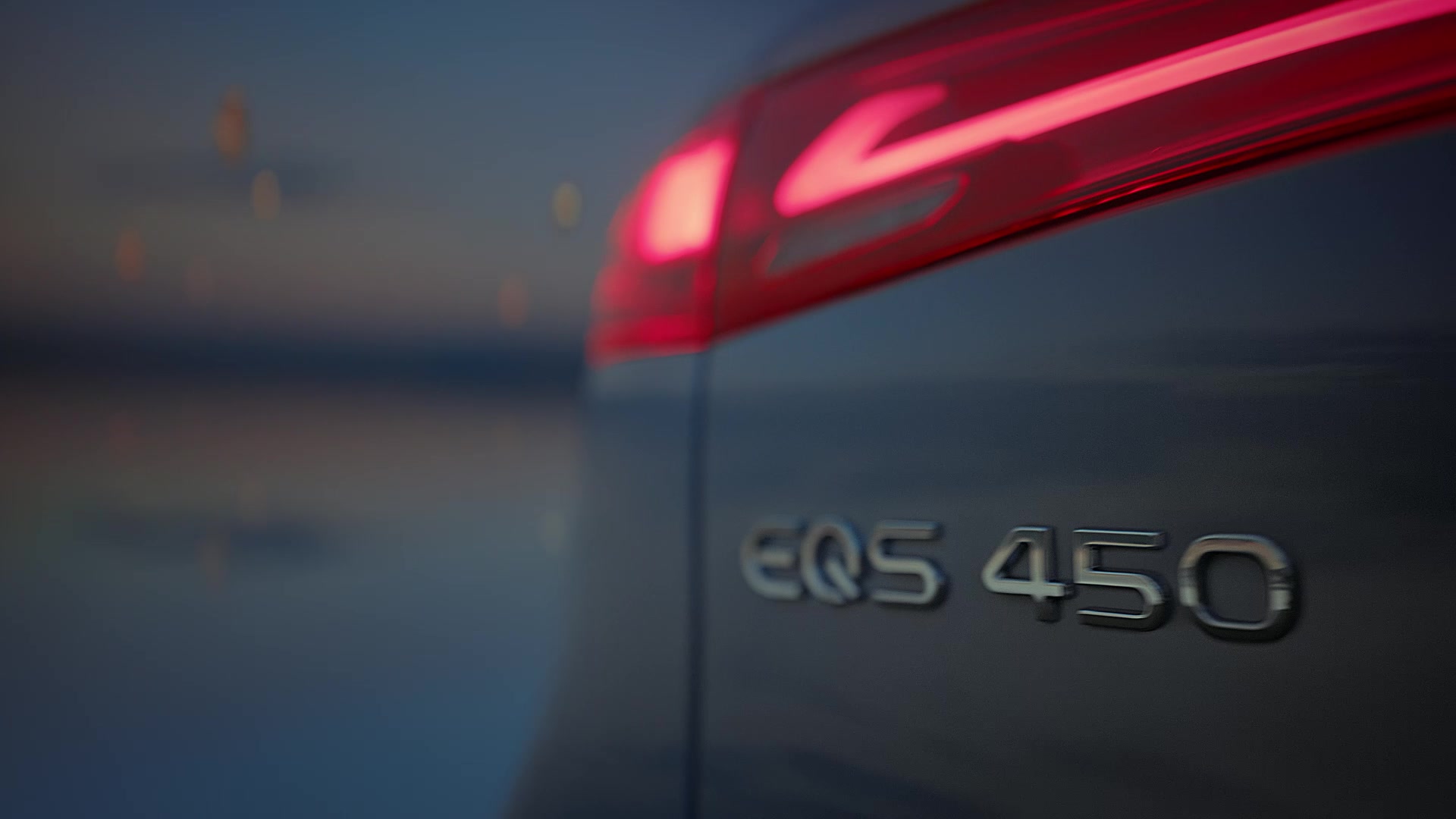 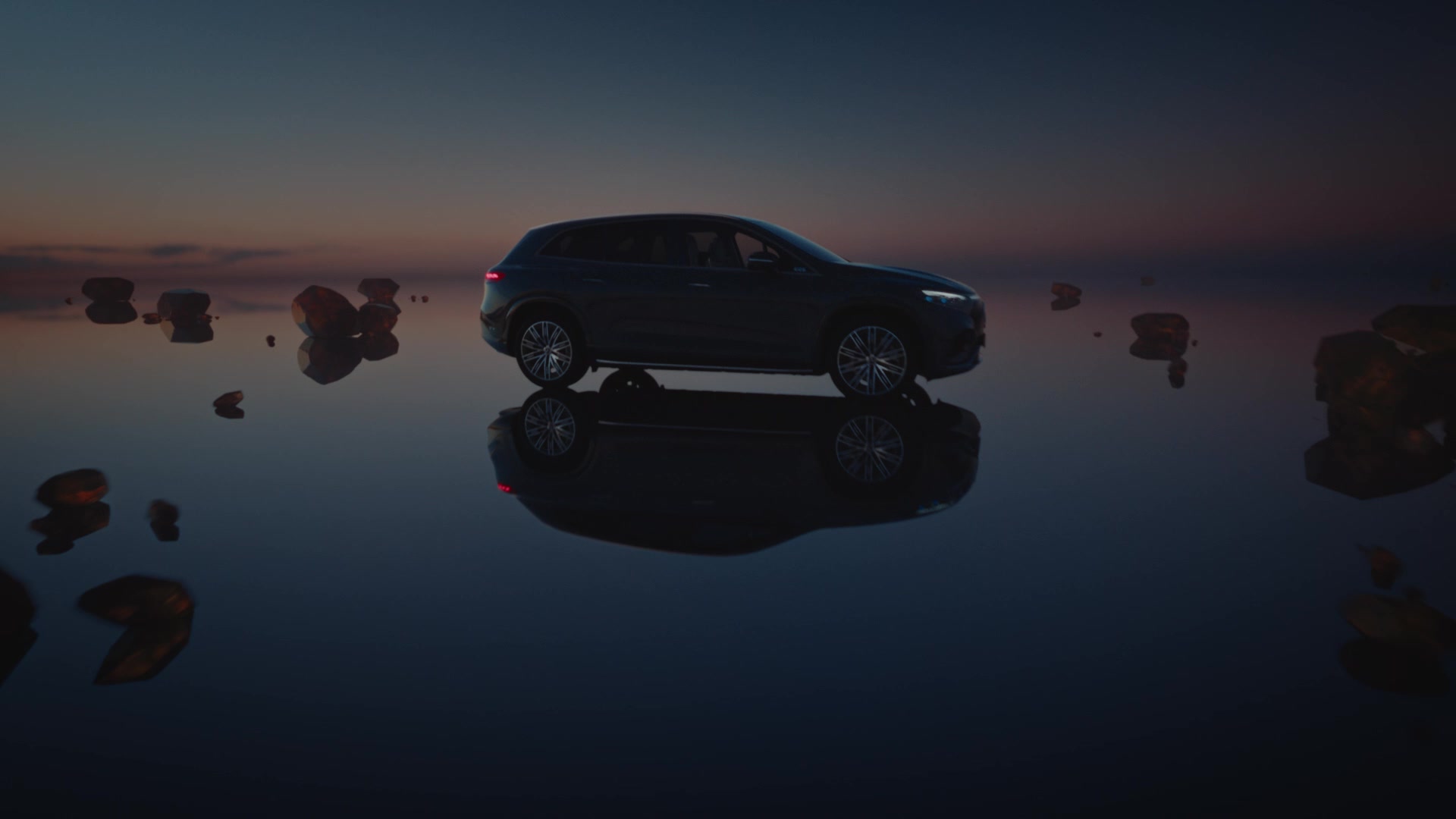 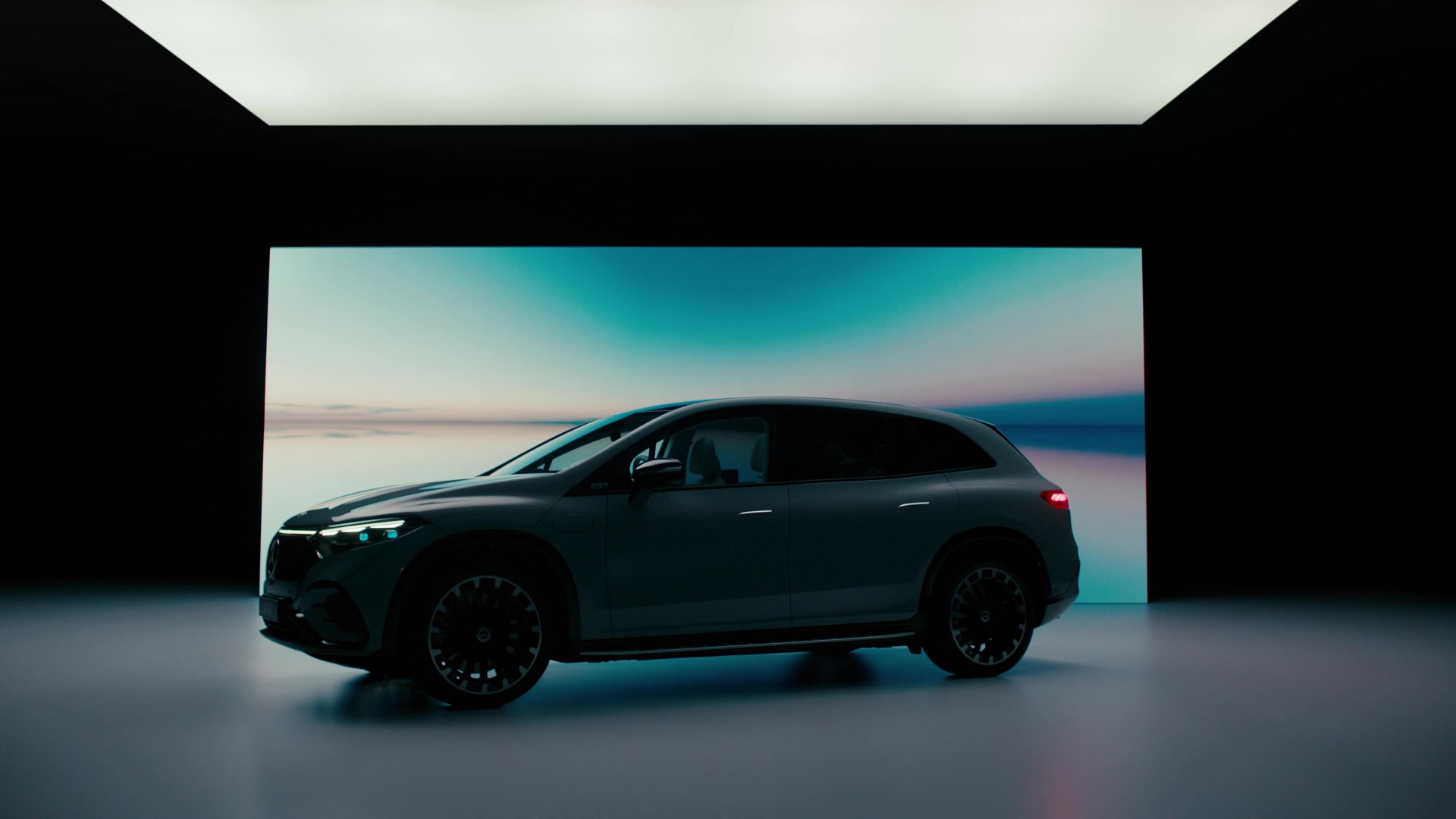 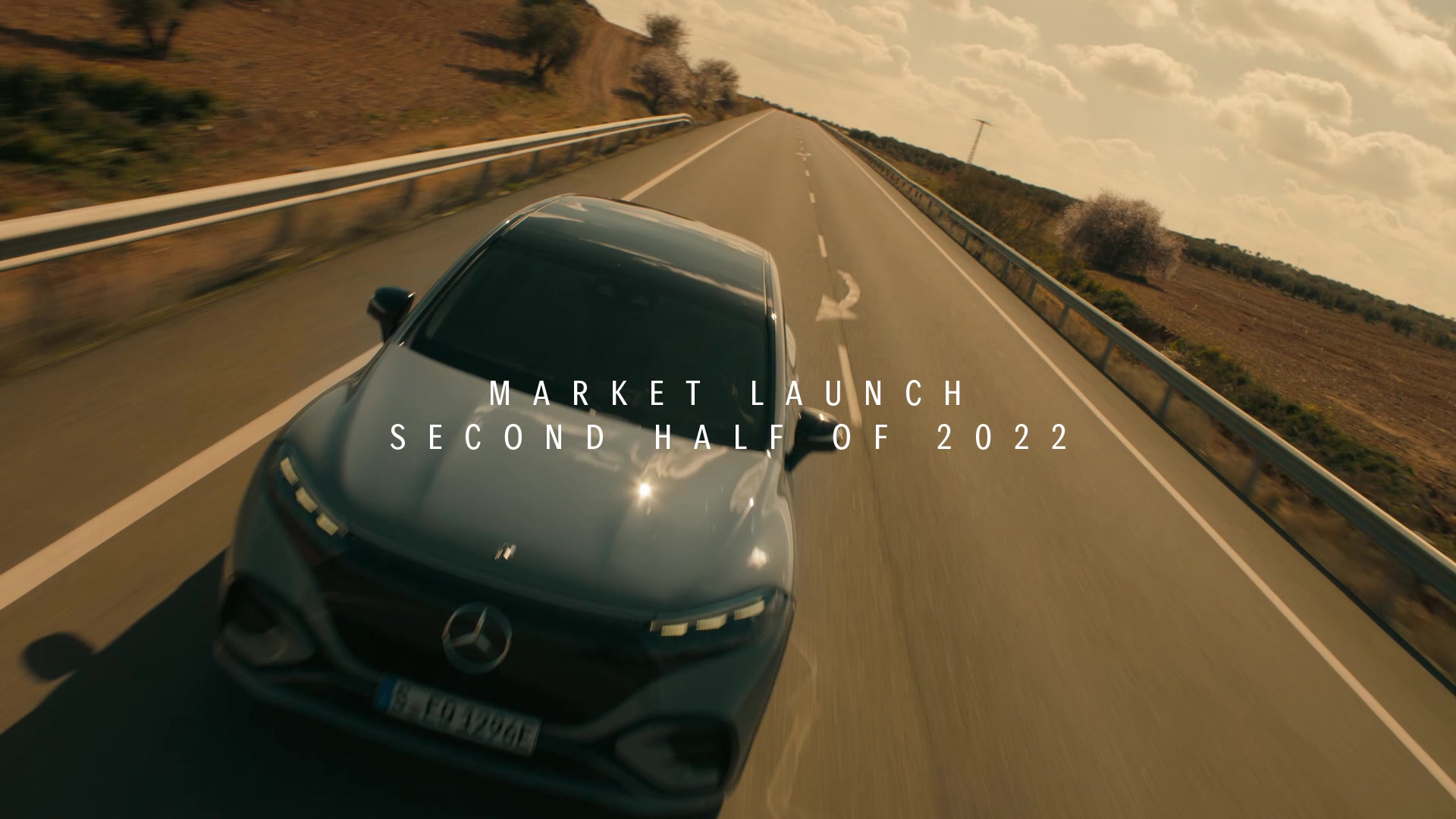 Mercedes has remained tight-lipped on the rest of the info – no prices have been revealed, though we do know that the car will be produced at Mercedes’ state of the art factory in the US. The expected timeline of launch is the second half of 2022, so we will certainly receive more information about it in the due course of time. What is certain though is that it will give fierce competition to its rivals, the Tesla Model X and BMW iX.