Everyone, including team bosses at RedBull expected to be extremely quick this weekend. But Sainz posted a better lap than Verstappen with a difference of only 0.13s. Leclerc followed behind the two with another few hundredths of a second.

McLaren were refreshingly quick in this session, with Norris claiming P4 and Ricciardo P8. Both the Mercedes drivers tagged along with the Papaya team at P5 and P7 respectively. However, their engines were tuned down a bit as they were facing some cooling issues. Perez had to settle in P6 as his flying laps were continuously interrupted by traffic on the track. At one instance he almost ran in to the back of Schumacher who cut him off at Turn 12. Traffic also bothered a lot of drivers including Alonso who too, avoided collision with Stroll ahead of him who had suddenly slowed down. 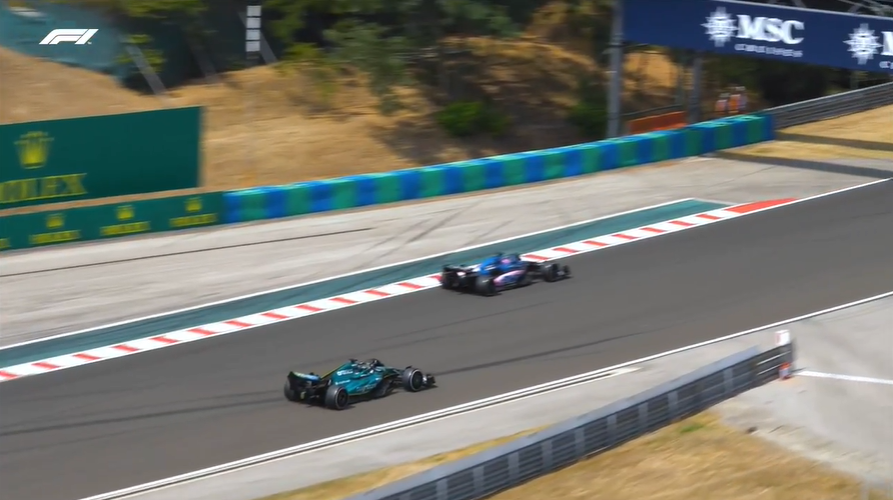 In terms of upgrades, Aston Martin have brought a completely redesigned rear wing, which raised some eyebrows, but they confirmed having come up with the concept after multiple consultations with the FIA. RedBull introduced new designs of the floor yet again, with a purpose to redirect underbody airflow to their advantage as much as possible. Few cars like Norris also carried air-flow sensor rakes, to gather more data about the setup and required downforce. Almost all the drivers had to counter the sharp turns in the second and final sectors of the circuit, which caught some experienced ones like Alonso off guard as well. The complete driver standings for this session are given below: