Maruti Suzuki has been ensuring that all diesel models get phased out before the BS6 norms get implemented. Now, it has been confirmed that starting 1st April the diesel counterparts of the Ciaz will be discontinued and it has already been removed from the company’s website. Not only that, dealers have stopped accepting bookings for the model as well.

The Ciaz diesel came with two engine options. One was the 1.3 liter Multijet unit which could provide a power of 90 hp and came with a manual 5-speed transmission. Another option was the in-house built 1.5 liter unit capable of providing 95hp. This engine came coupled with a 6-speed manual transmission.

The 1.3 liter Fiat-sourced engine was discontinued earlier this month. This motor was considered to be the “national Diesel engine of India”. It was used in 24 different models by 5 different manufacturers which included SUVs as well. On the other hand, the Maruti Suzuki developed 1.5 liter unit was used only in two models: Ciaz and Ertiga. The lifespan of this model was only for a little over a year. However, Maruti Suzuki stated that they will upgrade the 1.5 liter to BS6 norms if there is sufficient demand for it.

Anyway, from now on the Ciaz Sedan will come equipped with the 1.5 liter petrol engine with the mild-hybrid technology. This is similar to that of the facelifted Vitara Brezza, XL6, Ertiga, and S-Cross. The engine is available with two transmission options: 5-speed manual or 4-speed torque converter automatic.

Maruti Suzuki launched the new Ciaz-S with top specifications in the recent past. This model is priced at ₹10.8 lakhs. Additionally, the company is set to launch the petrol counterparts of the Vitara Brezza and S-Cross. 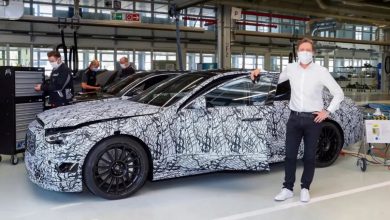