The new Honda City is yet to land on Indian shores, but it has already been launched in Thailand, and from afar, we have received some information about the 2020 City, which could bring great delight to people who are interested in the car.

Honda has worked hard on making the City a safe car, and this can be proven by the fact that over time Honda City models have received the 5 star rating thrice from the ASEAN NCAP (New Car Assessment Programme for South East Asian Countries).  The third generation and fourth generation City had also received the same rating from the ASEAN NCAP and this kind of intent taken to make a car safe helps customers drive with more belief and confidence.

In terms of scores, Honda City would get first division, as it has been awarded 44.83 for Adult Occupant Protection, 22.82 for Child Occupant Protection, 18.89 for Safety Assist Technologies. In total, the new Honda City has scored a total of 86.54 out of 100, and therefore, it surely is deserving of the 5 stars rating. As the 2020 City has done well in the ASEAN NCAP, I am sure it would do well in the Global NCAP test as well. To car enthusiasts and customers, it can be very relieving that a car brand does not shy away from sending their cars for the Global NCAP test (unlike some, who have decided not to participate in attaining the Global NCAP score, yes Maruti, I am staring at you). 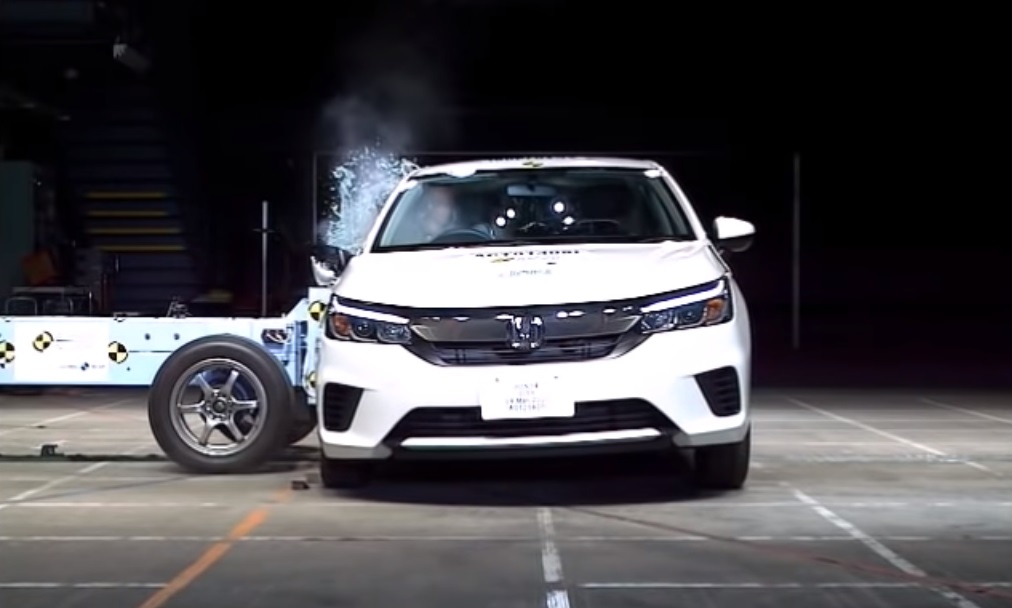 The new Honda City has been updated, and has upgraded in term of dimensions, features and safety. The new generation Honda City is longer, wider, and most importantly higher, which will allow it to counter the bad roads with ease. In terms of features, the new City will sport an all LED lighting, 16 inch alloy wheels, a sunroof, a digital instrument cluster (a new trend which most car brands are adhering to now) and more.

While talking about safety, the new Honda City a Seatbelt Reminder System for the front 2 seats, Electronic Stability Control, 4 airbags as standard, and this is a good move by Honda, as basic features like these can be life-saving in perilous situations. Furthermore, the Thailand spec Honda City which was put to test had safety features like 6 airbags, ABS, EBD (Electronic Brake Force Distribution), VSC (Vehicle Stability Assist), Emergency Stop signal and a multi view reverse camera.

Talking about the engines, the 2020 City gets a BS6 compliant 1.5 litre petrol engine which churns out 119ps, and this engine is mated to either a 5 speed manual, or CVT automatic transmission. The City will also share a 1.5 litre diesel engine from its younger sibling, the Amaze which produces 100 ps and this engine is coupled with a 6 speed manual gearbox. Rumours suggest that the New City could be using a mild-hybrid petrol engine, but this variant would be launched at the end of this year or the beginning of next year.

The new City was supposed to be launched in India during the month of April, but due to Coronavirus, the launch will be delayed. Whenever it does release, it will be battling against the new Verna, Maruti Ciaz, Volkswagen Vento and Skoda Rapid, and this will be battle worth witnessing.