Let me set the stage for you- 12th December, 2021. It’s the championship finale between Max and Lewis at the Yas Marina Circuit, Abu Dhabi. The battle has been incredibly tense all year, and it all boils down to the final race, where the two championship protagonists go tied on points into the race, effectively making it a winner-takes-all race. For those coming in from football, this race was like a golden goal. So, naturally, everyone wanted this to be decided by driving and strategy skills on the track rather than off it.

Lewis absolutely aces the start of the race being a tenth quicker in his reaction time, while Max has a poor getaway. As the pair approach Turn 6, Max makes a late move down the inside to attempt an overtake, and is alongside Lewis at the apex. Lewis has to cut the chicane, and gains a slight advantage, though no harm was done to him or his car, as he just had to drive over the highly rubberised tarmac strips, which wouldn’t make his tyres dirty in the same way that grass or gravel would. Masi doesn’t even investigate the incident, despite Max losing out quite a lot because of it. The reply being “The gained advantage was given back.”

Now, many people including Martin Brundle stated that while it was not a good decision, it merely was an extension of the Turn 4 incident at Interlagos and THIS was why that decision was so wrong. You leave it in the open for once and you have to follow the precedent.

A long way into the race and people forgot about it because either way, Lewis was absolutely dominating. Even when Checo took away almost 6 seconds while trying to stop him as Max caught up. Moving on, Italian Jesus Antonio’s Alfa stopped due to a car failure and it was at a seriously dangerous spot. Guess what, the VSC or Virtual Safety Car was deployed after waiting a minute or two. That not only puts the marshals in danger but makes the race a bit more dangerous for drivers if someone loses control in that area.

Coming over to the most controversial and obnoxious decision making part of the race and possibly the entire season. Lap 54 safety car. Nicholas Latifi crashes into the barriers at Turn 14 on Lap 54 out of 58, bringing out the full Safety Car. Max was at this point well behind Lewis, and the Briton was cruising out in front for what was looking to be an easy win for him- and a crucial one as well, as the extra points he gained over Max would net him the championship. Max was about 11 seconds adrift of Lewis when the safety car was out in the field.

Since, RedBull had nothing to lose, Max pitted for fresh softs on Lap 54, while Lewis stayed out. Mercedes’ point being they can’t lose valuable track position. There were 5 lapped cars between Lewis and Max, and 8 lapped cars in total. The laps kept going on- Lap 55 and 56 went by, and we saw a message from Race Control that lapped cars won’t be allowed to overtake. This would mean that even though lapped cars have to move over to let the faster cars by, Max would have to pass 5 cars to reach Lewis, and do it all within just two laps if the safety car was called in on Lap 56.

It wasn’t the case. On Lap 57, we almost relegated ourselves to the fact that the race would end under Safety Car, as despite there being a lap left, the lapped cars need to be let out of the way if racing must resume. We saw the message that lapped cars won’t be allowed to pass, and so we all assumed that the race would end under the Safety Car, and Lewis would be champion. However, here’s where things get a *little* dicey to say the least!

As the leaders approached the end of Sector 2, we saw a message pop up on our screens from Race Control, which said:

What this meant was that the 5 cars between Lewis and Max had been given explicit permission to overtake the Safety Car and unlap themselves, while the other 3 lapped cars of Ricciardo, Stroll and Schumacher weren’t allowed through. As blatantly unfair as this was to the 3 who were left behind, the 5 cars which would prevent Max from being right behind Lewis had been very conveniently removed, and then we received a message saying that the Safety Car would be in at the end of the lap.

What this meant was, that in effect what had just unfolded resulted in Max on fresh tyres being just behind Lewis who was on almost 40 laps old hard tyres, and that a certain bunch of cars were allowed to unlap themselves, while others weren’t. The race was restarted for one single lap, as we saw racing conditions only on Lap 58. Max crucially overtook Lewis, and won the race, and the championship in the process as well. Of course this not only meant that Mercedes were infuriated, along with the entirety of British F1 fans but, also that Masi wasn’t even shy anymore to put it out there that the sport can be overrun for entertainment purposes. Just like the Grammy’s.

The decision is currently pending in the International court of appeals which is a body independent of the FIA that will decide the outcome. What is to be noted is that the ICA cannot ask for a re-run of the race but make any changes as it deems fit. So, even now, Lewis could become an 8-time world champion. Either way, this isn’t how anyone ever wants to win a championship. Not Max, not Lewis, not anyone else. All because of the thoughts or lack thereof of FIA’s race director. The alleged breach of Article 48.12 of the sporting regulations does hold some substance as even though the race director has powers to call in the safety car at his/her own will, they don’t hold the rights to selectively apply the regulation for allowing back markers to unlap themselves.

What’s been lacking from the FIA has been consistency- take a look at how badly the Saudi Arabian GP was managed by them. It seemed like it was managed by a bunch of school kids who were doing a project they weren’t interested in doing! Throughout the year, penalties have been either watered down or avoided completely when they were supposed to be investigated, and the driver should have been given a harsher penalty as well. And this has been the case since 2020 when Lewis Hamilton was handed penalty license points due to a ‘race start’ in FP3. It was subsequently taken back due to the outrage.

First, there’s the the example of Hungary- Stroll and Bottas played bowling and took out a grand total of effectively 7 cars between them, which included themselves. The sheer carnage was unbelievable, with people calling for a race bam for both Stroll and Bottas, and it wasn’t all one-sided either- the mistake they made was drastic in terms of the championship, both the drivers’ and the constructor’s.

Their punishment? A 5-place grid penalty, while those they took out, namely Perez and Leclerc had to take all-new engines because of the damage caused, and this ruined their season as they had to start all the way from the back of the grid at whatever race they took their engine penalties at. So, the miscreants got a measly 5-place penalty while the victims were sent to the back of the grid for the same.

A few more incidents fresh in our memory, despite not being from this year is firstly when in qualifying for Turkey 2020, the cars were released while a recovery vehicle was still on track, recovering Latifi’s stricken Williams. Another incident occurred during the race at the 2020 Bahrain GP, when a marshal just ran across the live race track to put out a fire on Perez’s burning car.

He was narrowly missed by Lando Norris, who even came on the radio to call this out. Also finally, yet an incident fresh in our minds is how during the 2020 Imola GP, while Russell’s car was being recovered, marshals yet again freely ran across the track, Stroll barely avoiding them. The implications if a marshal was injured or hit by a car are so incredibly high, and the question must be asked- How did Masi let all of these incidents just go by?

Since Charlie Whiting’s sudden passing prior to the 2019 Australian GP, Masi has been in charge of the FIA and has been the race director as well since then. However, as can be seen from the above examples, it’s not been the most cleanly-managed since Whiting’s departure, and all of it has been under Masi’s control. Effectively, Masi’s word is final, so is it a case of him abusing his power to do as he wishes or is it just a case of him following the rules, while bending it in his own ways? It’s all up to you, as the viewer to come to that conclusion. 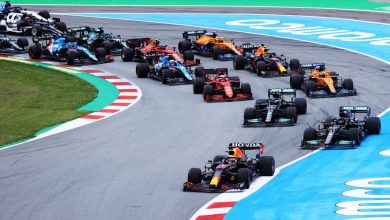 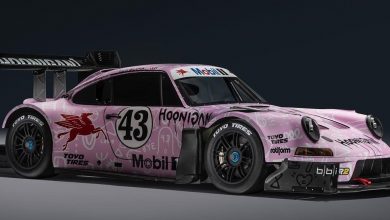 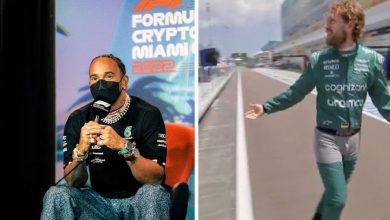