Buongiorno, Italy! F1 returns to the land of the pasta and pizza and reaches the beautiful Autodromo Internazionale Enzo e Dino Ferrari, more commonly known as the Imola circuit. The Imola circuit is no stranger to F1, having hosted the sport from 1981 to 2006, and then returning in 2020 during the pandemic. This will also be the venue for only the fourth-ever F1 Sprint race, which will be held on Saturday with qualifying being moved to Friday as a result. With that, here’s the storylines to look out for this weekend!

The return of F1 Sprint

F1 Sprint will return for only its fourth race here at Imola, and with it will see the first sprint race of 2022. Each race weekend which had a sprint race last year had an entertaining main race- Silverstone with the now infamous Max-Lewis crash, Monza with the McLaren 1-2 and Brazil with Hamilton’s unbelievable storm through the field to win the race! It doesn’t necessarily mean that the race will be a mad unbelievable thriller, but this is F1- expect the unexpected!

Imola is no stranger to drama though- the 2021 race is the best example of this. The driver who qualified P3 went on to win on a rain-soaked Sunday, while Lewis made a rare mistake and almost threw away the race, but got bailed out by yet another bit of drama! Bottas and Russell had a spectacular crash which brought out the red flag, and we generally saw a lot of drama in the first half of the race at least. Let’s hope the Imola Cat blesses the F1 paddock to have a safe but entertaining race!

You can read in detail about the vehicle upgrades for Imola in our Weekly Round-Up article, though here’s a brief rundown of the same: Alpine are bringing major upgrades to their A522, while Mercedes said that considering the current situation of the car it would be useless to bring upgrades, while Red Bull echoed the same statement but gave the reasoning as being a lack of time to practice on Sprint weekends, and hence not getting a clear enough picture in the process.

Championship leaders Ferrari have said that they will mainly focus on the porpoising problem of the F1-75, and are not planning any upgrades for Imola at least. This is actually the best thing Ferrari can do, as they won’t need to waste time upgrading a car which at least as of right now has the measure of the entire field in all 3 races this year, missing out only by the smallest of margins at Saudi Arabia. However, they must not get complacent with the car’s current performance- Red Bull and even Mercedes will be waiting for the smallest opportunity they see to pounce and steal points away from Ferrari!

Minor changes to the Sprint format

There’s been a few changes to F1 Sprint since we last saw it- the biggest being that the battle will now be for more points than it was! In 2021, only the top 3 finishers in the Sprint got points, which saw P1 get 3 points, P2 get 2 points and P3 get one solitary point. However, 2022 onwards will see Sprint races have more points-paying positions, and they will be as follows: 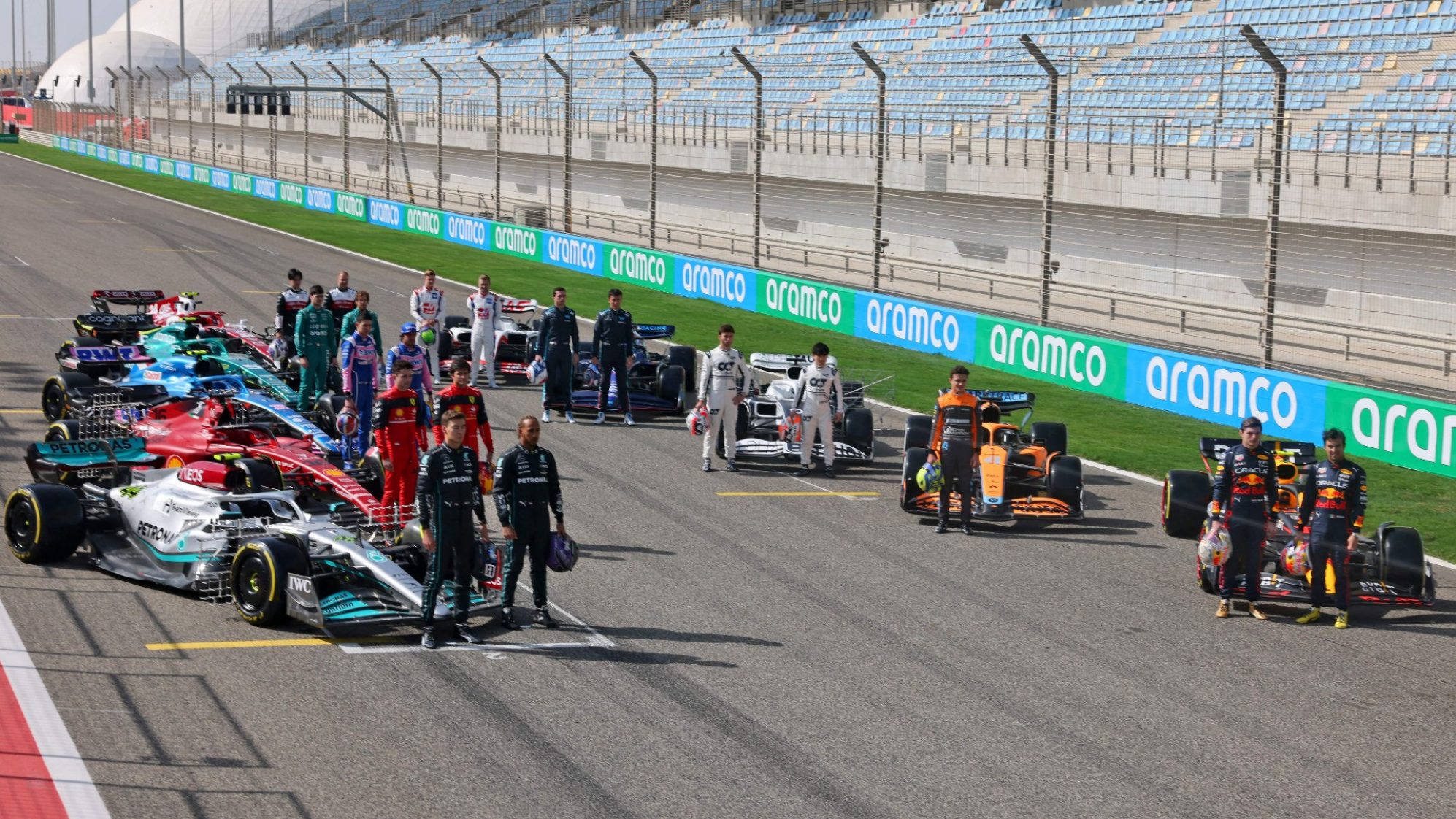 Also another small change is that Pole Position will be awarded to the fastest qualifier on Saturday instead of the Sprint winner on Saturday, as was the case in 2021. More points will see more drivers taking risks to finish higher, as the Sprint result will eventually decide the grid for Sunday’s race as per usual. It is a minor change, but might spice up the racing, and you can read more about it in detail here.

Battles to look out for

For this weekend it will be interesting to see how the Ferrari-Red Bull battle develops. The two have been the only teams to win a race this year, with Ferrari winning Bahrain and Australia courtesy of Leclerc while Red Bull won Saudi Arabia courtesy of Verstappen.

Also interesting will be how Lewis and George battle one another on track, as it doesn’t seem that there’s a clear frontrunner, at least not yet. George has more points and is ahead in the standings, but his teammate is THE Lewis Hamilton after all. Though he’s had a slow start to the season, he’s not a 7-time champ purely based on luck, and he’ll be back fighting and firing on all cylinders for the rest of the season.