The Honda Civic is one of those few iconic models that helped the Japanese carmaker build its massive fan following. It was about time this tuning champion got an update. The new-generation Civic prototype was first unveiled in November 2020. And now, around 5 months later, the carmaker has finally revealed the first official image of the 2022 production-ready Honda Civic. Honda is all set to unveil the Civic in all its glory on April 28.

The revealed photo of the eleventh-generation Honda Civic is of its flagship Touring trim. It looks pretty much similar to the prototype that was revealed last year. In terms of design, the aesthetics of the new Honda Civic remains quite similar to its previous version, but receives significant cosmetic updates. While the overall stance and profile of the sedan is unaltered, there are multiple changes across the body that are inspired by its sibling Accord.

For starters, Honda has now added fog lights by replacing the glossy black accents that were previously there. The production-ready model gets a subtle matte black trim on both upper and lower grilles as well as for the air intake trim. The grille itself looks sleeker than before and is complimented by even slimmer LED headlights. The black wing mirrors that were present on the prototype have also been replaced by body-colored units.

The 2022 Civic Touring gets a slightly bigger sunroof as well as new dual-tone alloy wheels. The sedan also has front parking sensors now, however, the inner sensors on the front are actually mounted in the upper grille, making it kind of stealth. Overall, the new Civic looks more mature compared with the previous-gen Civic.

On the inside, we expect the new Civic to show a significant change, however, the company has only released the sketch image of its interiors. Based on that the dashboard seems to have a new infotainment touchscreen unit now along with horizontal slats running across its width. There’s also a multi-function steering wheel, an all-new central console and a repositioned gear knob. The technical specifications are not yet shared, and most probably will be unveiled during the launch event on April 28. 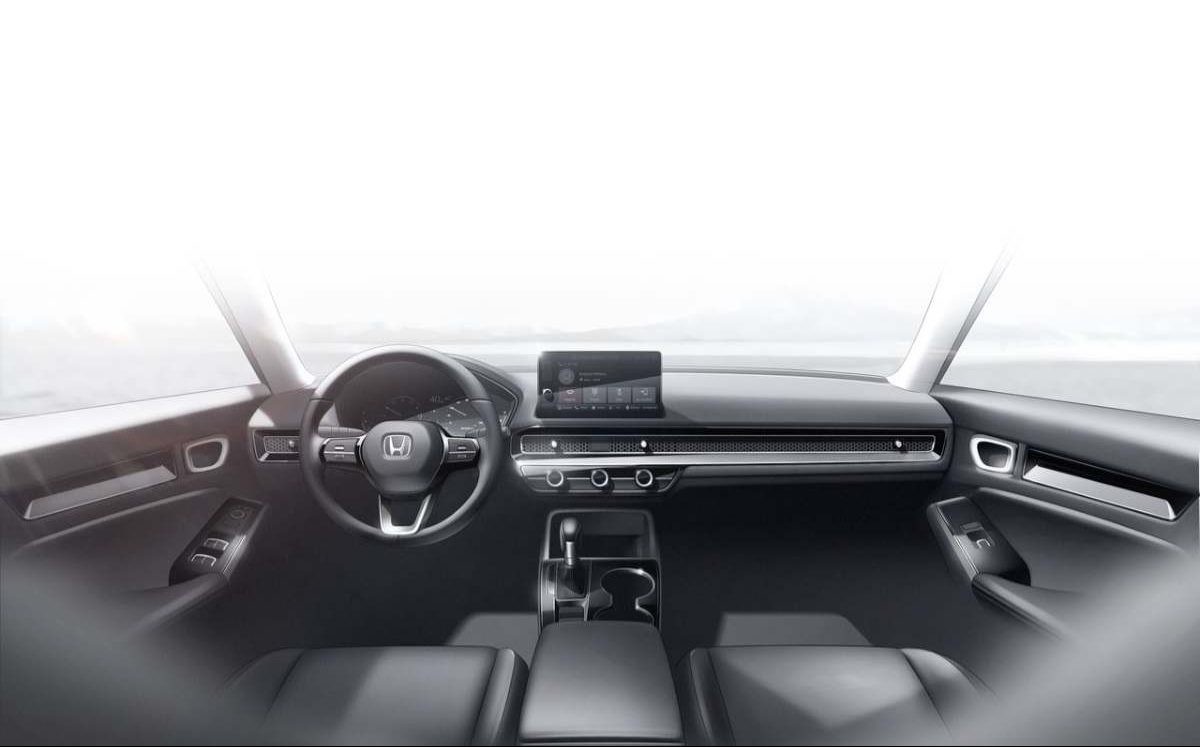 Unfortunately, Honda discontinued the Civic in India in December 2020, few months ahead of the arrival of the eleventh-generation model. So it’s highly unlikely that the 11th gen Civic will come to Indian shores any time soon. Additionally, the slowing demand for executive sedans in the country won’t help the Japanese automaker change their mind.

Although, the much awaited launch of the new Octavia followed by the new-gen Hyundai Elantra a few months later might point towards a return of the the D-segment sedans. For now, every carmaker is focused on the compact SUV market, and Honda is no different. It is currently speculating to bring in the Honda HR-V to India.

BREAKING: Ferrari is going electric in 2025

THIS is the Hyundai Santa Cruz pick-up truck! - F150 competitor to launch in US